There is a certain horror in learning that a favourite author has considered giving up writing books. It’s a bomb Susan Orlean drops in The Library Book, which is full of revelations about the volumes we read and reverence for the institutions that lend them out.

“It is where we can glimpse immortality; in the library, we can live forever,” Orlean writes in her new work of creative non-fiction, which investigates a catastrophic fire at the central branch of the Los Angeles Public Library, and the man who was suspected of arson and arrested in the case.

“When I finished it, I thought what am I doing? This is insane. I shouldn’t be writing books,” Orlean, 62, explained during an interview at the Banff Centre this summer, where she began her stint as Rogers Communications Chair in Literary Journalism. She thought she could still write magazine pieces, but listed a number of things she would rather do than write another book. “I can be a farmer,” she said – although admittedly that might have been an idle threat. “But some of it was very genuine. A feeling like, boy, it’s just such a huge commitment; I don’t know if I ever really want to do this again.”

Then she went to the library.

Orlean had moved from New York to Los Angeles with her family when her son was in Grade 1. He received a school assignment to interview a public servant. He chose a librarian.

Something about being in that library branch – the smell of the books, the thoughtful responses the librarian interviewee provided – overwhelmed Orlean with nostalgia, transporting her back to her own childhood, when she would visit the library regularly with her mother. And it got her thinking about taking on another big project.

“I had that sort of itch feeling, that journalistic itch of thinking God, libraries are kind of interesting. And as familiar as they are, I actually have no idea how they work, which always gets me going.”

But a book about libraries didn’t seem to have the necessary arc.

Not long after that, Orlean received a tour through the central library from the president of the Library Foundation of Los Angeles. Ken Brecher stopped in the fiction department, reached for a book, cracked it open, held it to his face and inhaled. “You can still smell the smoke in some of them,” Brecher said.

Orlean was puzzled. The smoke from cigarettes? Because patrons used to be able to smoke?

“The fire?” Orlean responded. “What fire?

On April 29, 1986, a fire at L.A.’s Central Library burned for more than seven hours, destroying or damaging more than one million books. Among the 400,000 books that were lost: an illustrated volume of Don Quixote from 1860, a book by architect Andrea Palladio from the 1500s, three-quarters of the library’s microfilm, a slew of Canadian patent material, all biographies of subjects H through K, 18,000 social-science books – and so much more.

Orlean, who had been previously unaware of the fire, had her arc. It was the spark that ignited her desire to write that book that she really didn’t want to write.

Orlean was astonished that she did not know about this disaster. She figured out why when she went back through The New York Times archives. It turns out that coverage of the fire in the media was upstaged by another even more catastrophic event that week: the explosion at the Chernobyl Nuclear Plant.

In L.A., a local actor, Harry Peak, became the prime suspect in the library fire. Orlean takes the reader through the case, but branches off into all sorts of fascinating tangents about arson, fire, book-burning (she forces herself to burn a book to see what it’s like), librarians, feminism, the history of L.A. and even dementia, which her mother was dealing with at the time.

It was her mother, after all, who had taken her to their local library branch on those semi-weekly childhood trips. The pain of her mother’s decline takes The Library Book to a whole other, very personal level. A small relief for Orlean is that her mother knew about this book project before her health deteriorated.

Orlean, who has famously written about working at a treadmill desk in her home office, wrote much of this book, yes, at the library. “I did it partly thinking well this is great, kind of meta for me to go work at the library, but also it was this realization that it’s a fantastic place to work,” she says.

Also, the moving treadmill proved too tricky, what with the piles of research Orlean was dealing with – research she manages to distill into a wildly entertaining page-turner. The Library Book never falls flat under the burden of all the facts she uncovered.

It was a long process, and spending a month at the Banff Centre running the literary journalism residency felt like a good thing to do next.

“It’s a really nice way to come out of five years of very solitary superintense concentrated work,” Orlean said, sitting in the Banff Centre’s Maclab Bistro. “It’s an amazing place to be, amazing. Just the sheer beauty alone makes it remarkable. And it’s a really inspiring place to be. I have trouble believing there’s no equivalent of it in the U.S. It’s incredible to have an arts institution that the government is supporting. It’s amazing. It makes me sad.”

There are many things to make an American feminist sad these days, but we didn’t go too far down that road, sitting by a giant window in the Rocky Mountains. It was more pleasant to talk about books and libraries and writing.

Before we parted, I braced myself for the big question. Will Orlean write another book?

“Right now, the jury’s out,” she said. “Each time I’ve finished a book, though, I’ve often thought, well there are no more good ideas, I’ve just run out of good ideas. But something will happen; it will start tickling in the back of my head. And I sort of hope that I will continue to have those moments where I go ‘ah – I can learn about that.’”

Susan Orlean appears at the Toronto Reference Library on Nov. 20 and at Calgary WordFest on Nov. 21. 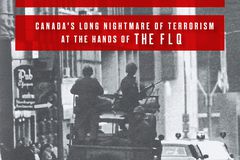 Why Taiwan is exploding with exciting new books (and how to read them) Subscriber content
October 16, 2018 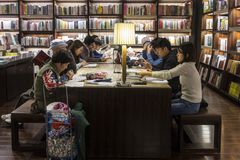 Spooky stories for a thrilling, chilling read in October
October 22, 2018 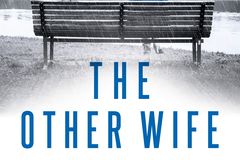