Diane Peters
Special to The Globe and Mail
Published May 10, 2021 Updated May 12, 2021
For Subscribers
Comments
Text Size

Lexicographer Katherine Barber shared her love of words with Canadians, reminding and sometimes educating them about Canadianisms such as “Molson muscle,” “gotchies” and “jambuster.” (Meaning, respectively: “beer belly,” “underwear” and “jelly doughnut.”)

As the founding editor-in-chief of the Canadian Oxford Dictionary, she started speaking publicly about Canadian words in radio and television segments and live appearances, becoming known as “The Word Lady.”

“She was a fantastic ambassador for the dictionary in the outreach she did. She really tapped into people’s interest in language and in words,” says Michele Melady, who worked under Ms. Barber as a lexicographer.

“She would hold the crowd in rapt attention because she was such a good speaker,” recalls Eric Sinkins, who worked as a reader on the dictionary. “She was so passionate and so interested in language, particularly Canadian language.”

Ms. Barber led the creation of the dictionary from scratch. Her comprehensive approach included a reading program that Mr. Sinkins recalls had staff digging through discount book bins to find paperback romances, scanning Canadian magazines and newspapers and being alert to things such as advertisements on the subway, all to hunt down Canadianisms.

She would often show up at work on a Monday with a grocery flyer in her hand that included a word that might suit the dictionary. “She’d be so excited about it. She was a real sleuth,” Ms. Melady says.

The dictionary ended up including about 2,000 unique Canadian words and phrases.

“When she cared about something, she cared about it deeply,” her nephew Mike Barber says. She was fluent in French and German and conversant in Italian, was an accomplished baker and gardener, and sang for many years in the choir at St. Thomas’s Anglican Church in Toronto. She adored cats and often had two in her east-end Toronto home.

“In an interview with TVO, she stressed the fact that to write a dictionary you had to be a bit of a generalist and know a bit about everything. I can’t think of anyone else who represents that better than Katherine Barber,” Mr. Barber says.

Ms. Barber published two books about language: Six Words You Never Knew Had Something to do With Pigs in 2007 and Only in Canada, You Say: A Treasury of Canadian Language in 2008, both published by Oxford University Press.

Ms. Barber fell in love with ballet as a child and danced for most of her life. She volunteered with the National Ballet of Canada’s Ballet Boutique, acting as buyer of its music and videos for nearly a decade. After Oxford laid her off in 2008, she reinvented herself, launching a ballet travel company. Tours en l’air took groups on ballet-themed holidays, mainly in Europe and North America.

“She was always able to set aside a table for 20 at a leading French restaurant in Paris, making sure everything was perfect, right down to how everyone would get from the hotel to the restaurant,” Mr. Barber says. Her guests often got backstage access to meet the dancers after the show.

Katherine Patricia Mary Barber was born on Sept. 8, 1959, in Ely, England. Her parents were Canadian but her father worked for the Royal Air Force. At the age of four, an aunt took Kate – which is what she was called by her family and only her family – and her elder sister, Martha, to the ballet. (She also had two older brothers, Josh and Peter.)

“It didn’t change my life but it changed hers,” Martha Hanna recalls. “She just became completely enraptured by ballet for the rest of her life.”

In 1967, the family moved back to father Gordon’s native Winnipeg. They took the Empress of Canada, visited Expo in Montreal and celebrated Kate’s eighth birthday during the drive across the country. Gordon took an administrative role with the dental school at the University of Manitoba while mother Patricia (née Clarke) taught English at the local high school.

Ms. Hanna recalls young Kate as very smart and dramatic. She took ballet lessons and often did impromptu performances of Gilbert and Sullivan operettas, having memorized most of them.

Ms. Barber studied French at the University of Winnipeg, winning a scholarship to study in France for a year. Her speaking skills were so good she would be asked which province she was from. They meant a province in France, but Ms. Barber would reply: “Manitoba!”

After lecturing in the School of Translation and Interpretation at the University of Ottawa and completing her master’s in French, Ms. Barber was hired by the university as a research associate on The Bilingual Canadian Dictionary.

“The time she spent at the University of Ottawa was very formative. It really piqued her interest in how dictionaries work and the process of discovering what words mean,” Ms. Hanna says. “She was always very brilliant but she wanted to do something that would use her intellectual skills in a practical way.”

To help promote the dictionary – the first edition of which came out in 1998 – Ms. Barber started doing radio interviews and speaking publicly. In addition to appearing on CBC television, she had a regular word history segment on CBC Radio’s Metro Morning, in Toronto, from 1996 to 2001.

“She was a tireless promoter of the dictionary,” Mr. Sinkins says. “She would go and give her talks to just about any audience.” She did not drive, so he and other staff members would drive her to engagements, where she would sell books out of the trunk of the car.

The dictionary sold 100,000 copies in the first year and it and Ms. Barber won numerous awards, including Editor of the Year Libris Award from the Canadian Booksellers Association. The University of Winnipeg gave her a Distinguished Alumni Award in 2000.

Oxford created a number of smaller Canadian-focused dictionaries and put out a second edition of the dictionary in 2004.

After being laid off, Ms. Barber launched her ballet tour company, promoting it by doing free public speaking engagements about ballet. She also started a blog called Wordlady and became a paid speaker on Canadian English.

She was a devoted churchgoer, along with singing in the choir. She was an excellent baker as well. As a teen, Ms. Barber tackled a complex dessert, which takes two days to make, from Chatelaine called a mocha chiffon cake. It later became a standard dessert for Barber family get-togethers.

Ms. Barber never married and had several close friends and many cats over the years, and was a loving aunt to her nephews and niece, the latter of whom she introduced to the ballet.

Friends and family remember her as a curious and compassionate person. “Truly, she lit up a room when she walked into it,” Mr. Barber says.

Ms. Barber leaves her siblings, nephews and niece and her cat, Minkus. 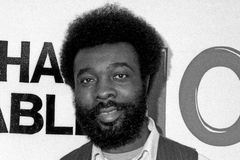