Mary Ladky has been executive director of the Children’s Book Bank in Toronto for two years now, and something’s been nagging her the whole time. It’s the name of the place: A “book bank,” to her mind, conjures images of a drab, functional space full of plastic bins. “I feel I have to push against the notion of what a book bank entails,” she explains. And she has a point. Food banks and clothing banks, for example, aren’t exactly warm, welcoming spaces.

The Children’s Book Bank, on the other hand, is exactly that. Nestled in a lovely Victorian building in Cabbagetown, the space is openhearted, with stuffed animals scattered about, light jazz playing in the background and, on the shelves and tables, books for kids 12 and under. A velvety window seat is particularly inviting, and one almost expects Beatrix Potter to pop up from the basement with refreshments.

“There’s far more here,” says Ladky, one of three women who keep the place humming, with added help from volunteers, “than what the name suggests.”

The Children’s Book Bank was established in 2007, in the building that used to hold the quirky and beloved Pimblett’s Restaurant. No more Sunday roasts – Green Eggs and Ham is on the menu now.

Purposely situated in Regent Park, the bank’s mandate is to build literacy in low-income communities. Children are welcome six days a week to read, relax, debate the relative merits of authors – “Rowling is second-rate Dahl, I tell you!” – and take home one book a visit to keep.

Funding comes from family foundations, banking institutions and individual donors. The book bank recently held its fall fundraiser, with author Emma Donoghue the featured guest. Government support is not a factor. “Mr. Tory has made it clear that he supports libraries,” Ladky says, referring to the city’s current mayor.

As it happens, there’s a fully functional branch of the Toronto Public Library just a couple doors away from the Children’s Book Bank. The question of why there is need for the latter when there’s a perfectly fine former less than a block away is today’s Babar in the room.

“We see ourselves as partners with libraries,” Ladky says. “But it’s not the same experience.”

Other than offering book ownership (as opposed to loans), the book bank doesn’t require a library card. The environment is more casual and less institutional – more like a bookstore, with regular story-time sessions and no cash register.

According to Ladky, the bank gives away roughly 7,000 donated books a month. New books are donated by publishers and retailers; “gently used” volumes come mostly from book drives organized by volunteers. On site, more than 200 kids a day drop into the facility. Off-site, books are distributed to neighbourhood literacy centres across the city.

So, in the digital age, books have not gone the way of dinosaurs and newspapers. “People call us every day, telling us they need books,” Ladky says. “There’s definitely an appetite out there.” 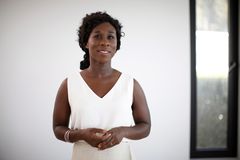 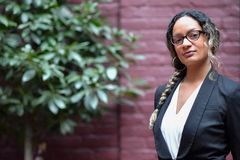 Fall arts guide: What to read, watch and listen to this season
Subscriber content
September 27, 2018 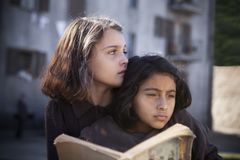