On the day she is announced as the winner of the Governor-General’s Literary Award for Poetry, Gwen Benaway won’t be celebrating. Tuesday night, she’ll be among a crowd of protestors outside a branch of the Toronto Public Library, opposing the library’s controversial decision not to cancel a room booking for an event featuring a radical, anti-trans feminist.

The need for the protest is, Benaway says when reached by phone, an example of why her response to the GG win was not happiness, but fear. “As a trans woman in public life, every day I get attacked – on social media, in the street everywhere,” she says, “So this kind of visibility is really frightening to me because I know that hate usually follows it.”

Benaway has won for Holy Wild (Book*hug), a confessional collection that explores the complexities of being an Indigenous trans woman, and navigating sex, intimacy, transphobia and violence. Benaway has been critical of Canadian literary institutions in the past, writing in a 2017 essay for Carte Blanche, “I’m not the kind of girl CanLit is looking for.”

“Certainly it went through my mind, ‘Can I decline this? Can I give this back?’ ” she says. “Just because I’m so aware of what happens to trans women in public life.”

She is accepting the award, however. “Other Indigenous trans women told me that it matters to them that someone like them was winning an award,” she says. “But also, economically, it means that I won’t be homeless for another eight months, you know? That’s the simple reason for accepting it.” The win comes with a cheque for $25,000.

In the English-language fiction category, Joan Thomas won for her novel Five Wives (Harper Avenue), a novel about a small group of Christian missionaries in Ecuador in the 1950s, and their attempt to convert a people who had never had contact with the outside world. Thomas triumphed over fellow nominees Michael Crummey, Cary Fagan, Marianne Micros and K.D. Miller. Crummey’s novel The Innocents is also on the shortlist for the Rogers Writers’ Trust Fiction Prize and Scotibank Giller Prize, for which winners will be announced on Nov. 5 and 18, respectively.

Sydney Smith took home his second Governor-General’s Literary Award in the category of children’s literature and illustration, but his first for a book that he both illustrated and wrote. In Small in the City (Groundwood Books), a child navigates the snowy city in search of his missing cat. ”I wanted there to be lots of layers to the book to leave room for kids to explore the character’s emotions around the feeling of loss or heartbreak, which is something that a lot of adults feel that they have a monopoly over, but that’s not true – children have a much wider scope of feelings and they’re less able to compartmentalize or label or even know what they’re feeling,” Smith says.

For young people’s literature – Erin Bow took the prize for her middle-grade novel Stand on the Sky (Scholastic). Set in the mountains of Mongolia, Bow’s novel is the adventure story of a young girl fighting for her place in a male world. The French-language prize went to Dominique Demers for L’albatros et la mésange (Editions Québec Amérique).

Don Gillmor won in the non-fiction category for To The River: Losing My Brother (Random House Canada), a devastating account of the author’s brother’s suicide. An award-winning journalist, Gillmor combines his family’s story with research into the wider context of an under-discussed topic. Gillmor has won a Governor-General’s Literary Award once before, for a children’s book, Yuck, a Love Story, in 2000. He says that while writing his book was a difficult experience, “I’m one of those people who tend to work things out on the page, so it’s helpful to write about things like that because you explore them in a way you wouldn’t otherwise if you were just sitting there thinking about them or talking about them.”

In the English-language drama category, radio-and-television producer Amanda Parris won for her first play, Other Side of the Game (Playwrights Canada Press), which turns the spotlight on black women who are left behind when their loved ones go to jail. The play was staged in Toronto in 2017 and published in 2019. Reached by phone, Parris said, “My dream for the play was always that it would get published. If you miss the staging of a play, it’s almost as if it never happened, so publishing in theatre is really important. It makes sure works can be discovered.”

The winning authors, translators, illustrators and publishers will be presented with their awards by Governor-General Julie Payette at Rideau Hall in Ottawa on December 12. Each winner receives $25,000, with the publisher of each winning book receiving $3,000. Established in 1936, the prize program has a total value of $450,000. 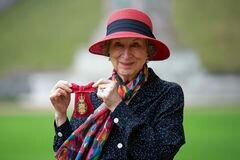 Book Review
Ronan Farrow’s Weinstein-burning Catch and Kill celebrates all that is right with journalism, even as it exposes all that is so terribly broken
November 4, 2019 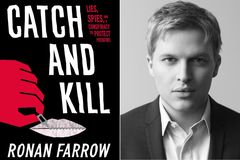 Cartoonist Chris Ware explains how long it takes to draw a graphic novel – and why he’s happiest when it’s done
Subscriber content
November 1, 2019 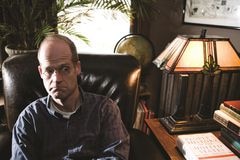