“I don’t know about you, but I’d sure like to read more about Sir Robert Borden,” wrote Paul Wells, columnist and author of The Longer I’m Prime Minister, a biography about Stephen Harper, in the November, 2009, issue of the Literary Review of Canada. “Now there was a prime minister.”

The occasion of Wells’s lament was the publication of volume two of historian John English’s highly regarded biography of Pierre Trudeau, Just Watch Me: The Life of Pierre Trudeau 1968-2000. The work was both a critical and popular success, but it was yet another book on one of Canada’s most-analyzed prime ministers – and Wells rightly asked, what about the others? “There is a great book to be written about Borden,” he continued, speaking of Canada’s PM during the First World War, “just as there is more to be said about Louis St. Laurent and, still, about Mackenzie King and Laurier.”

Not a lot has changed in the 10 years since the publication of English’s Trudeau biography and Wells’s yearning for something more eclectic to choose from in our panoply of prime ministers. Academics are not taking on the subject of Canadian prime ministerial biography and the country’s understanding of itself suffers as a result.

Consider: The only comprehensive, academic treatment of Robert Borden was two volumes by the late Robert Craig Brown, the second of which was published in 1980 – 39 years ago. It is also almost impossible to find. The last of a three-volume biography of Mackenzie King came when Trudeau was still prime minister, in 1976, from H. Blair Neatby, also now deceased; Dale C. Thomson (d. 1999) wrote about St. Laurent during Canada’s centennial in 1967. You can see the pattern here, but it gets worse.

What about Wilfrid Laurier, one of the country’s most influential architects of the Canada we know today? Well, sitting on my bookshelf is a beautiful cloth-bound edition with gold lettering on the spine. It’s by the legendary Ottawa civil servant and Queen’s University professor O.D. Skelton, and it was published when my great-grandfather was my age – in 1921. The only other extensive English-language account of Laurier came from Joseph Schull, a journalist, whose book Laurier was published in 1965.

So, why are academics no longer writing about the country’s most important leaders?

“I think historians, particularly in Canada, ceased to be interested in the great white men of history,” said Stephen Azzi, a professor of political management and history at Carleton University in Ottawa. “Many years ago the field of political history, and in particular the field of political biography, went out of fashion.” Adele Perry, history professor at the University of Manitoba, and president of the Canadian Historical Association, sees it differently: “I don’t think I would say that scholarly historians have shied away from biographies about Canadian prime ministers," she wrote in an e-mail. "There have been studies of prime ministers and federal policies and politics more generally, published in the last decades. If anything, I would characterize the postwar as being a moment when scholars were particularly interested in that form, and that the years that preceded and followed that period have had different patterns.”

Those “different patterns” Perry mentions is what historians would refer to as “social history,” and here we see the great divide in history circles – the debate between social historians and political historians, a conflict that can determine who gets funding to write about what in Canadian history: Will it be labour or Laurier, if you will. “The grants system is rigged against political history and against studies on prime ministers,” noted Patrice Dutil, professor of politics and public administration at Ryerson University in Toronto. “The agencies that support research are advised by scholars who are hostile to these topics, so very little money goes to political historians.”

Dutil, who has authored or edited a number of books about prime ministers, including Prime Ministerial Power in Canada: Its Origins under Macdonald, Laurier and Borden (University of British Columbia Press, 2017) and Sir John A. Macdonald at 200: New Reflections and Legacies (Dundurn, 2014), is angered by the situation in universities. “This issue exercises me a great deal. Academia has lost the notion that individuals matter and that leaders make a difference. They only see structures; in their view individuals are simply interchangeable,” he says. Azzi agrees: “There is this myth among the social historians that it doesn’t matter who the president or the prime minister is, that the larger institutional structures determine political outcomes. I think that [President] Trump is showing that that’s not true.”

Given events in Ottawa this year, it is easy to see the truth of his comment, and why it is important to examine this dynamic with a historical lens. “An individual president or prime minister, their personality or personal whims can alter the course of history,” he notes. “If you really want to understand the sweep of history you have to study it not only from the bottom up but also from the top down.”

Some historians are still writing about prime ministers but their approach has been sectional, as opposed to sweeping and biographical. Christopher Dummitt, a historian at Trent University in Peterborough, published Unbuttoned: A History of Mackenzie King’s Secret Life in 2017 (McGill-Queen’s University Press) and Tim Cook, the country’s leading military historian, wrote Warlords: Borden, Mackenzie King and Canada’s World Wars in 2012 (Allen Lane). Both books were well reviewed, with Dummitt’s a finalist for the Shaughnessy Cohen Prize.

And just last year, Fen Osler Hampson, professor of international affairs at Carleton University, wrote Master of Persuasion: Brian Mulroney’s Global Legacy (McClelland and Stewart). The book is a scholarly account of Mulroney’s high-achieving foreign policy while prime minister from 1984 to 1993. And speaking of Mulroney, here we are only 26 years after his time at 24 Sussex and there has been only one book examining his tumultuous years in office, Transforming the Nation: Canada and Brian Mulroney (McGill-Queens, 2007), a collection of essays edited by Raymond Blake. We still await a full biographical treatment of one of the most important prime minsters since the end of the Second World War.

Despite the lack of scholarly attention to the country’s leaders, others have stepped into the breach. Late last year, Robert Lewis, the former editor of Maclean’s, wrote Power, Prime Ministers, and the Press (Dundurn 2018), an engrossing account of the Ottawa media gallery and how they covered the nation’s leaders and finalist for the Charles Taylor Prize. Globe and Mail columnist John Ibbitson wrote a biography of Stephen Harper in 2015 (McClelland and Stewart).

And while it is true that books are being written about prime ministers – they are a popular topic – a country that cares deeply about its past, an academy that cares about the historical actors who shaped the country into what is today, would do more to build up the historiography of those who held its most important job.

J.D.M. Stewart has been a Canadian history teacher for 25 years and is author of Being Prime Minister (Dundurn, 2018).

While there are no biographies of Canadian prime ministers in the works, there will be important books forthcoming for those who want to continue developing their understanding of the country and its leaders. In April, McGill-Queen’s University Press releases Mackenzie King in the Age of Dictators by Roy MacLaren. MacLaren was a cabinet minister under Pierre Trudeau, John Turner and Jean Chrétien and examines Canada’s PM and his relationship with the likes of Adolf Hitler and Benito Mussolini.

Next year, there will be an examination of Louis St. Laurent’s government in a collection of essays edited by Patrice Dutil and published by UBC Press. Tentatively titled Modernizing Canada: The Politics and Policies of Louis St-Laurent, the book includes not only writing from well-known historians such as Robert Bothwell and J. R. Miller but also submissions from Penny Bryden, Stephen Azzi, Whitney Lackenbauer, and Xavier Gelinas. Perhaps one of them will write the definitive biography of Wilfrid Laurier before O.D. Skelton’s work is 100 years old.

One of the best biographies of a prime minister is Rogue Tory by Denis Smith, published by Macfarlane, Walter, Ross in 1995. Meticulously researched and reasoned in its judgment of Diefenbaker, Smith nevertheless reveals Diefenbaker with all of his flaws as a leader and administrator. But he later admitted to perhaps being too hard on the Chief. In a letter to Dief’s foreign-policy advisor, Basil Robinson, in 1995, he wrote, “I may not have said enough about his kindness and sense of the ridiculous.”

Editor’s note: (March 19, 2019) An earlier version of this story said there had been no books on Brian Mulroney's years in office. This version has been updated. 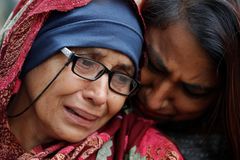 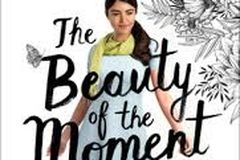