On February 28, Coteau Books in Regina ceased operations after 45 years and entered into bankruptcy protection. The non-profit publisher, which began in nearby Moose Jaw in 1975, enjoyed a storied lifespan. It racked up three Governor-General’s Awards and Bonnie Burnard’s Women of Influence (1988) won the Commonwealth Best First Book Award, making her the first Canadian to earn that distinction. Carol Shields and fellow Giller nominees Dianne Warren, Russell Wangersky and Connie Gault all published with Coteau.

Almost a month since the closing, Saskatchewan’s literary community is still making sense of the shocking announcement. The story of what happened to the province’s literary powerhouse depends on whom you ask.

“Margins are tight, profits slim, and attracting staff at low salaries has been a challenge,” read the vague news release issued by Coteau Books on February 28.

Saskatchewan author Dave Margoshes, who sat on the publisher’s board, says the loss of a sizable grant was the final blow.

“Creative Saskatchewan [an arts funder underwritten by the provincial government] has been part of our problem,” said Margoshes, who has served as a board member, staff editor, freelance editor and author with Coteau over the years. “It’s not a criticism of them. There were a number of Creative Saskatchewan grants that we applied for that we didn’t get.”

While he cannot divulge the specific details of the bankruptcy, he confirmed that Coteau has experienced financial problems for some time. “We fell behind and for a while we were in a ‘borrowing from Peter to pay Paul’ situation. Eventually we reached a point of insolvency. We were unable to pay the staff,” said Margoshes, whose poetry book, A Calendar of Reckoning (2018), is now orphaned by the closure.

“We have over a hundred authors whose books are still in print with us. So we’re trying hard to find another publisher who will buy that backlist.”

Regina’s Radiant Press, a new player on the publishing scene, was in discussions with Coteau Books after the closure to acquire its backlist.

“Unfortunately, we’re not the solution,” said John Kennedy, Radiant’s co-publisher and president of the Saskatchewan Book Publishers Association (SaskBooks), which has almost 50 members. “We’re a new publisher with limited capacity. It would triple our overhead.” Publishing on the Prairies is a communal project, he added. “You need each other and you have to work together. The entire West feels empathy for Coteau’s loss. It’s like losing a sibling.”

Coteau was, without a doubt, the dominant player in the Saskatchewan publishing scene. “It’s going to be a real economic hit for us,” said Caroline Walker, inventory manager of Saskatoon’s McNally Robinson Booksellers. "The books they produced were often bestsellers for us.”

Walker, who has worked at the city’s largest independent bookstore for 21 years, says the official story of the closure has gaps that need addressing.

She attributes distribution glitches and mismanagement as a key factor contributing to Coteau’s cash-flow problems. “What happened is that Coteau Books hired someone to run the company without experience [in the book industry].”

In April, 2015, Coteau Books brought on John Agnew, former managing director of CBC Saskatchewan, as publisher. He assumed control of the press when Nik Burton retired in June, 2015. “It wasn’t a lack of government support – Saskatchewan’s generous granting system is the envy of the country – and it wasn’t a lack of sales,” said Walker, who estimates Coteau Books was averaging $250,000 in annual sales during Burton’s tenure.

“I had to go back and forth repeatedly with Agnew to get my hands on their books. These were popular books. Books that people were asking for,” Walker said. “I never had these challenges with Nik Burton.”

As a non-profit, Coteau “just had to break even,” she said.

The task of reviewing new manuscripts belongs to the board, Walker explained. “The board hired Agnew to run the business. Running the business into the ground, unfortunately.”

The demise of Coteau Books “leaves a lot of writers in the lurch," she added. "It seems to me that it was a disaster that didn’t need to happen.”

In the province’s tight-knit publishing community, Walker’s frank comments are an anomaly, bordering on shocking.

Joanne Skidmore, the most recent president of Coteau Books’s board of directors, gave this statement when asked about Agnew: “Personnel matters are confidential. The issues that led to the decision to close Coteau Books were complex.”

D.M. Ditson, a first-time author, is among those left in the lurch. She remains thankful for the opportunity to publish Wide Open, her memoir of surviving sexual assault, which was shortlisted for the 2020 Saskatchewan Book Awards. “John Agnew steered me through the publication of what was really my diary. He said he felt like a godfather to the book. I’m really grateful to Coteau,” she said.

Still, she is relieved that a clause in her contract ensures she holds the rights to Wide Open. “I also have the option to buy my books back. My No. 1 priority is to find a home for my book so it can continue to be available at major retailers and online.” (Margoshes confirmed that Coteau titles “will likely disappear from bookstore shelves soon but they are still available now.”)

Robert Currie, a poet and co-founder of Coteau Books, reminisced about the early days of the press from his Moose Jaw home. “When we first started out, all four of us, Barbara Sapergia, Geoffrey Ursell, Gary Hyland and myself, each invested $135. From that, we published chapbooks [small booklets]. From the chapbook money, we printed our first book, Ghost House [1976] by Lois Simmie."

In the early days of Coteau Books, officially registered as Thunder Creek Publishing Cooperative Limited, Currie and Hyland gathered at Hyland’s Moose Jaw residence to fill orders. “We’d crack open a bottle of rye and get to work,” Currie said. “It was all volunteer then. We had no money for staff.”

“There was something unique going on in the 1970s on the Prairies,” Margoshes said. “Coteau was launched in Moose Jaw, Thistledown in Saskatoon, Turnstone Press in Winnipeg and NeWest Press in Edmonton. They all began in 1975.”

One-Way Ticket (2018), Currie’s current poetry collection with Coteau, is also among the orphans. “I will continue to write,” he said. “But it will be harder to get published.”

It’s a struggle he knows all Saskatchewan authors now face, yet he remains optimistic.

“We have some great writers in Saskatchewan. Perhaps some young writers will step up and start a new publishing house.”

With a library card, here’s what you can access and stream from home, from Halifax to Toronto, Calgary to Vancouver
March 25, 2020 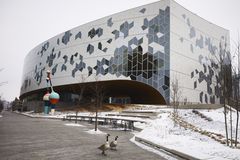