Dave McGinn
Published May 10, 2021 Updated May 24, 2021
For Subscribers
Comments
Text Size
Please log in to listen to this story. Also available in French and Mandarin. Log In Create Free Account

Rehtaeh Parsons was taken off life support and died on April 7, 2013. Three days earlier she had attempted suicide at her home in Dartmouth, N.S. She was 17-years-old. Nearly a year and a half earlier she had been sexually assaulted at a party. A photograph of the crime circulated among her peers was used to cyberbully her repeatedly up until her death. In My Daughter Rehtaeh Parsons, Glen Canning tells his child’s story and looks at the many failures, from how the police handled the case to the school system’s refusal to intervene, that led to Rehtaeh’s death. We spoke to Canning about how our understanding of cyberbullying has changed, how parents can deal with it today and why young people – especially boys – need to be taught about misogyny.

This is a devastating book. Why did you want to write it?

I didn’t really set out to write a book. I had thought about it and I had written a couple of chapters just kind of offhandedly over the last few years. And then a friend of mine mentioned Susan McClelland. They’re friends. He put me in touch with her and we talked back and forth and agreed to put words down on paper and see where it went. It just came together.

Do you think society has a better understanding of cyberbullying because of Rehtaeh?

I think that Rehtaeh’s story wasn’t the first wakeup call but it seemed to be a very impactful one, especially in the context of someone who has been sexually assaulted, because then you put victim blaming into it as well. But I do know now the police are more willing to get involved with cyber-abuse than they used to be. Now they know they can’t just stand there and say, “Oh it’s online don’t worry about it.” They know, especially with young people who are vulnerable, people in a mental-health crisis, you put something like that on top of their shoulders and it’s just a nightmare. I think now everyone is taking bullying a lot more seriously, and I think Rehtaeh’s story had a lot to do with that.

What advice would you give to a parent who worries their own child might be cyberbullied?

People asked: “Why don’t you just keep her off Facebook?” I think that would have made Rehtaeh feel like we’re against her, too. If you have parents out there whose kids are going through something like this, the number one thing not to do is make them feel like they’re to blame for it. If you have a kid and people are saying mean things to them on Facebook and you block their access to Facebook, the next time they won’t tell you. For a parent whose child is being bullied, trust is a huge issue. Don’t make it worse for them, because then they’re going to shut down. The most important thing is to have good trust with your child so they feel safe telling you something is going on in their life and they’re not worried that you’re going to react in such a way that they regret telling you.

Do you think parents should monitor their kids’ online activity, even if they are teenagers who want privacy and independence?

I was shocked by how unwilling schools were to get involved in Rehtaeh’s case.

Rehtaeh’s story kind of called out the school system in Nova Scotia. I would have liked to have seen them be more proactive about it. Nobody really did anything to help her. But I do think that’s changed. To sit there and say, “It’s not our responsibility because it’s on social media,” is irresponsible and it should never have happened to Rehtaeh. Things have changed a lot in schools, and that’s something I can find some peace in.

You delve into how much misogyny permeates society and how we need to understand its effects on us all. Why was that important for you?

I really do believe if there was a young man who was there in that house who was aware of issues of sexual violence and the impact it has on people he would have maybe said something. I know young guys are open to this conversation – to just be better. For the misogyny part of it, it’s just the context of my life: how I was before, how I was as a young man, how I do think that a lot of young men are brought up to think women are somehow valued less by our society. That they’re worth less, that their feelings don’t count as much; their goals, their dreams don’t count as much. And you can see that happening in high school. And I do believe that the place to start addressing it is high school or junior high school. If we start treating misogyny the same way we’ve treated racism or homophobia what a huge difference that would make.

So how do we raise kids who stand up when they see something happening they know is wrong?

Being part of that as an adult means that kids should get support. I’ve heard from lots of kids who say, “I told somebody and nothing happened.” My message back would be you’ve got to tell somebody else. There are people out there who care and who will help. Keep using your voice, because the support is there. If a kid is going to stand up, it’s not an easy thing to do. You do it by supporting the victim. Now is the time for young guys to say misogyny needs to be eradicated from our society. 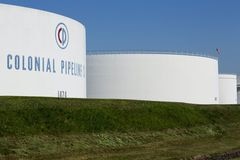 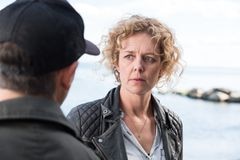 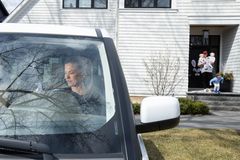