Now that the crazily obsessive and ultimately useless secrecy over the publication of Margaret Atwood’s new novel The Testaments has subsided, we can sit back and talk about what that whole circus meant. It was fundamentally silly, but it also revealed some of the worst effects of corporate domination of literary life.

In case you weren’t breathlessly following book-review pages the week of Sept. 3, let me recount how a corporate attempt to control the media failed dismally and led to resentment all around. The publisher of the new novel, the vast conglomerate Penguin Random House, treated the book’s release more like the unveiling of a new phone than of a work of art.

Booksellers, including Amazon, were told that they couldn’t offer the book for sale until Sept. 10; reviewers were told they couldn’t release their reviews until then and had to sign non-disclosure agreements binding them to that. Most reviewers were not even given copies to review until the day before the release date, making it impossible to read and review a 400-page novel in time.

We were all a bit annoyed by this, because skimming through a long novel as fast as we can just to get the major plot points is not fair to the novel. That’s what political reporters have to do when an inquiry report or a budget is made public, but they are looking for facts, not art.

This is a work of art, not a phone; it took several years to write, and furthermore, most people’s experience of reading it is going to be leisurely. This practice of speed-reviewing does not reflect what reading novels is all about. And this whole nonsense about “spoilers” belongs to the world of television, not books. (If I give away the ending of Ulysses or In Search of Lost Time I am hardly going to ruin it for you.)

Then news got out that Amazon had accidentally sent out 800 copies of the book to buyers. That meant that amateurs could easily start publishing their own reviews, complete with plot spoilers if they liked, on blogs. The beast was loose.

The New York Times and NPR immediately broke their agreements and published reviews several days early. Every other media outlet (including The Globe and Mail) knew they would look badly behind if they didn’t follow suit, and so we were all in a rush to get ours out, all playing along with this creation of a news event. The publisher then said to the rest of us okay, fine, forget the NDA, go for it, it’s a free-for-all. Which made us realize what nonsense it all was from the start.

The contract we had signed said we recognized that our revealing of information about the book would “cause irreparable harm to the Author and Publisher.” A lawyer friend of mine took a look at that and laughed. What possible harm could contributing to their publicity be seen to be causing? What would they argue postfacto – that a glowing review in the New York Times caused them damage?

A new kind of resentment has grown out of this – the feeling that Amazon and the PRH empire, formerly antagonistic, are now some kind of monolithic joint adversary of independent literary life. If they are not actually in cahoots, they at least deserve each other.

PRH admitted, as if apologizing for Amazon, that the online retailer had made an error, but did not announce any retaliatory action. The repercussions for Amazon were exactly nothing. But nor did PRH announce that they would compensate smaller book chains and stores by rush-shipping copies of The Testaments to them, so that they could at least try to compete.

Immediately, other booksellers cried foul. They had made their promise to help the large publisher with its marketing campaign, in the collegial we’re-all-on-the-same side that has always marked relationships among booksellers, publishers and media (after all, we do all believe in books and we want them to succeed). The American Booksellers Association released an official statement condemning Amazon’s market dominance and demanding it be investigated by the U.S. Department of Justice for its “destructive” business practices.

These calls have been made before, and no government seems interested in trying to limit Amazon’s power in any way. However, this does create an interesting precedent: of what value will be the fiats of the publishers in the future? Now that we all know that these signed promises are unenforceable, will they even bother to send them out? Is the age of the collegial agreement over? 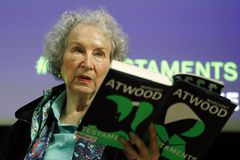 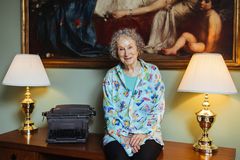 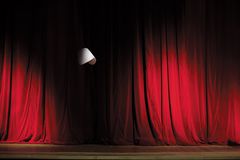