I recently wrote a crime novel called A Deadly Divide. It was inspired by the 2017 mosque shooting in Quebec, an act where a young white man who’d been radicalized online murdered his Muslim neighbours at the end of evening prayers at their mosque. The shooter, Alexandre Bissonnette, was motivated to act by the fear and hate stirred up by prolonged exposure to the anti-immigrant and anti-Muslim views of the far right in Canada and the United States. The horror of last week’s mosque shootings in Christchurch, New Zealand, took me back to a place I occupy as a Muslim woman and writer, struggling to communicate the impact of hate on vulnerable and marginalized communities through the stories I tell.

Too often, hate is a spectacle that people observe and momentarily engage with, before they become desensitized and move on to a new source of outrage. The kind and compassionate express their solidarity; the callous and indifferent deride the effect of hate or deny its impact altogether. The good and kind may find it hard to accept that hate can take root and flourish in these ways, but those who are its victims have no doubt at all. For communities who suffer the daily incursions of hate, a certain weight accumulates that is difficult to communicate or quantify. The act of trying to do so is a further incursion – a wearying and bewildering search for the words to describe a bruised or battered humanity, while still in the process of experiencing the wound.

My work as a writer is to describe that weight: to make it tangible and real, so that the wall of separation between those who experience the impact of hate and those who are immune to it erodes. There are other venues where hate is addressed with greater or lesser success – the law, politics, the media, academic study – but fiction may speak with more immediacy on these questions, with a deeper sense of what we stand to lose when hate seeps through the cracks. It does this by opening us up to each other, by offering perspectives we may not have heard – either because we weren’t willing to hear them, or because there was no environment in which they could safely be explored. Fiction gives us the space to consider whether we are willing to engage with what we fear or don’t intimately know and whether we might be moved to think or act differently than we did before by finding that place of intimacy, by gaining access to the humanity of others through exposure to new worlds and ideas.

In A Deadly Divide, the foundation of the story is its plot – a mosque shooting takes place in a fictional town in Quebec, a scene that is terrifying and unimaginable, except that minority communities have ample reason to fear that their places of worship are no longer inviolate. And in this instance, plot can only do so much. To communicate how heavy the weight of hate is, and how personally it is experienced, characters on all sides of the divide in my story interact with each other in the aftermath of the crime.

No one is purely evil or saintly. My Canadian Muslim detective, Esa Khattak, wrestles with rage, guilt and grief as he confronts the carnage at the crime scene. The leader of the Wolf Allegiance, a neo-Nazi white-supremacist group, attempts to shield a Muslim woman he loves from the hate of his brothers in the group. A right-wing radio host who is largely responsible for fomenting hate and suspicion in the midst of a once peaceful community is inspired as much by avarice as ideology. A priest struggles with his duty to counsel all the members of his community, including the Wolf Allegiance, even as he does what he can to shield both the local synagogue and the mosque from their hate. Well-meaning allies who support the idea of a Muslim prayer service held at a Catholic church, when the mosque is cordoned off as a crime scene, are unmindful of the reality that their efforts will provoke an animosity that they won’t be the ones to bear.

A black Muslim character in the story who is apprehended as a possible suspect in the shooting is well aware that there is no safe outlet for his rage at the terrible crime that’s just occurred. A young Muslim woman who pushes back against the institutions of white supremacy does so with a disregard for the safety of others. The Muslim characters in this story respond to a furious outpouring of hate with private communions of grief and public vigils, reckless but sincere, outraged at what a poisonous vein of anti-Muslim racism has led to, with nowhere to bury their grief. And their guide through this tragedy, Insp. Khattak, though older and more experienced, is broken by the same pain, in conflict with his colleagues and friends.

These nuances within and between characters need to be teased out, just as they are in real life. But there are challenges to doing so, to grappling with the notion that the humanity of a particular group needs to be delineated rather than taken for granted. The process can be frustrating, and at times self-defeating – giving voice to the harmful stereotypes that my work aims to deconstruct.

When I gave public lectures about The Language of Secrets, an earlier book I had written on the subject of terrorism, readers challenged my portrayal of the young Muslim members of a terror cell, suggesting that I was humanizing those who should never be humanized. Yet, at a talk about A Deadly Divide, I was warned that unless the white male leader of the Wolf Allegiance was depicted with sensitivity and empathy, my book was merely propaganda. The contrast in outlook was stark, one that members of minority communities are familiar with. We struggle with being seen. We struggle with how we are seen, never fully or truly human. And when we aren’t seen as human, there is no limit to the hate or violence that can be enacted against us.

This is why fiction matters. There is something unique that can be communicated through art that would otherwise be left unsaid – the heft and shape of what we carry. The feeling of what it’s like to carry it. The acceptance that Otherness isn’t a thing to be ostracized and feared … that when we understand it, it isn’t Otherness at all. It’s simply us. Clothed in skin and bone and dreams and hopes. In grief and courage, in humour and love. In anger and forgiveness.

Ausma Zehanat Khan is a crime novelist and a human rights lawyer. She holds a PhD in international human rights law with a research specialization in military intervention and war crimes in the Balkans; she was also the editor of Muslim Girl magazine.

I jazzed up Canadian history by rewriting it as fan fiction
March 6, 2019 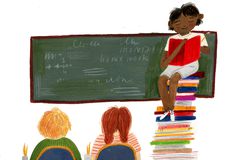 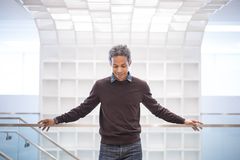 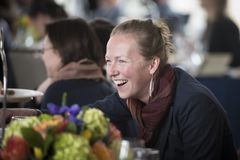