How did I get here? That’s a big question, asked by everyone from Kierkegaard to Monty Python to the Talking Head’s David Byrne. And by Randall Maggs, the Newfoundland-based poet whose celebrated 2008 book Night Work: The Sawchuk Poems was recently adapted by his filmmaking daughter Adriana Maggs into the elegant Terry Sawchuk biopic Goalie. From his home near Corner Brook, the poet spoke to The Globe and Mail about his current book project on life’s destinations and how they are arrived at.

This morning I was thinking of the iconic picture of the late U.S. senator John McCain in Truc Bach Lake in Hanoi, after he was shot down when he was a pilot during the Vietnam War. He’s in the water, with half a dozen or more people swimming out toward him. I’m fixated on that photograph. How did he end up there?

The poem I’ve been working on has to do with the issue of finding yourself in a place, and you really don’t know how you got there. It has to do with your shaping, in the beginning. But, then, who shapes us and how much part do we have in that shaping? So, that’s what I was thinking about this morning. How do you end up in the world you do? How much wiggle room do you really have? The poem is part of a project I’ve been working on now for about five years.

I was in the Air Force, based in Montreal, St-Hubert, in the years 1967 to 1970. There was quite a lot of unrest in Montreal at that time. I was involved in getting the troops downtown, into the city.

At the time, I had a very close friend who was in Vietnam. He got there in the middle of the Tet Offensive in 1968. Five years ago, I came across all his letters to me from that time. I don’t know why I kept them, but I did. He was stationed in I Corps in Phu Bai. All my letters to him were burnt up in the fires of Vietnam. But I can tell by his letters to me what questions I had been asking him and what we were talking about.

In the course of reading these letters, I can see both of us beginning to wonder if we were on the right side. I thought, my god, there’s a book in that. And that’s the basis of what I’m working on now.

I’m probably on my 75th draft of the McCain poem. I think I started it three or four years ago, but I had put it aside. I think I struggled with it because I hadn’t really understood what I was trying to get at. McCain, as I did, followed his father into the military. At some point it hit me, the whole notion of him struggling to get out of his harness – it was what he was trying to do his whole life. Aren’t we all, in a way? I came to that thought, and I’ve been feverishly revising the poem ever since. It seems to be the way the poetic process works for me.

My friend with the Marines in Vietnam went back on a second tour and tried to go back for a third. Given how his feelings about being over there had changed, I'm trying to understand why he did that. Or even in my own situation, coming to see why French Canadian people were only wanting control over their own culture, trying to wrest it from Ottawa (and Westmount), how I end up being the guy on the tarmac counting off the troops for the helicopters waiting to take them into Montreal. These should be simple issues, but somehow they're not.

Two years ago, I made arrangements with a former officer in the Army of the Republic of Vietnam to take me up into the war zone off Highway One – the fire-bases and Khe Sanh and Dong Ha and the "Rock Pile.” Places like that, the tunnels, and then up to Hanoi. It was an amazing experience.

That place and those people are entirely remarkable. Great people, great scenery, great food. And sitting in the street drinking fresh beer on little plastic chairs is something you’ll never forget. My wife and I are going back either this fall or early next year, as I want to get to know the South as well. I want to park myself somewhere over there to finish this book. 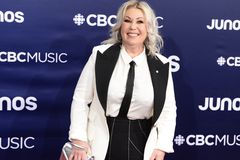 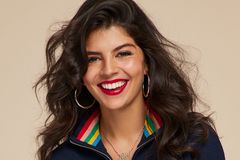