A splashy acquisition in the world of Canadian independent publishing may be halted before it’s even begun.

Last month, The Globe and Mail reported that Ken Whyte was in the process of purchasing The Porcupine’s Quill, an Erin, Ont.-based artisanal press. A former magazine and newspaper publisher and editor, Whyte planned to turn PQL into an imprint of his own newly founded literary non-fiction press, The Sutherland House (TSH), as long-time owners Tim and Elke Inkster collaborated with him on a succession plan while they eyed retirement.

But now, an issue of funding is jeopardizing the deal’s completion. The roadblock: confirming the Canada Council for the Arts’s continued commitment to a “core grant” of $91,400 for each of the next two fiscal years − an amount that represents close to 50 per cent of PQL’s current annual revenue − and to the new company’s eligibility to apply for additional core grants in the years following. The impasse between Whyte and PQL and the Canada Council is being watched closely by many in the Canadian independent publishing community, who believe the outcome could have a long-term impact on the future of independent presses in the country.

“Depending on what the Canada Council decides to do, it may ruin the agreement,” Whyte said in a phone interview with The Globe. “It ends up being a much less attractive deal from Tim Inkster’s point of view. Because his company, like many others, is dependent on these revenues to keep his head above water … you’re essentially buying a money-losing business without the grants.”

The Canada Council will not comment on individual files. Its policy states that when a core-grant recipient changes ownership, “any approved or future grants are subject to review or suspension.” In an e-mail shared with The Globe, the Council conveyed to Whyte that any review of PQL’s grant eligibility would only take place after the sale is completed. As well, Canada Council policy prevents its funding from being taken into consideration in a valuation of PQL. Without the ability to value his company in this way prior to a sale, Inkster says he cannot viably sell it.

Inkster could now delay his deal with Whyte and, as he has been encouraged to do by the Canada Council, introduce TSH into his next core-grant application in September. However, if the jury doesn’t approve the model – it has been suggested to Whyte and Inkster that, as an emerging publisher, TSH would not be eligible to assume PQL’s “core grant” status by becoming the company’s owner – he would, he says, “have just shot myself in both feet and put my own company out of business.”

His remaining option, he says, is to simply wind down operations at PQL over a number of years, applying for smaller grants as his output is reduced.

Whyte is untested as a book publisher, but his credentials as an editor and steward of literary talent are considerable. He is a former president of Rogers Publishing, editor and publisher of Maclean’s magazine and editor-in-chief of the National Post and has edited work by a who’s who of award-winning Canadian journalists and non-fiction writers.

“I felt Ken’s credentials were astonishing and I thought – and Ken also thought – that the Canada Council would respond positively to the idea that there might be such a highly qualified new entry into the book-publishing scene,” Inkster says.

When Inkster shared news of the proposed deal with the Canada Council, however, he says their reaction was “very negative.”

“We are now without a viable scenario because the Canada Council is reserving the right to blow us out of the water unless we continue to run PQL exactly as PQL has always been run,” says Whyte. “The rules they’ve showed us leave open the possibility that the mere presence of a new ownership group would be sufficient to disqualify PQL as a grant recipient.”

How Whyte and Inkster proceed will be a litmus test for what permutations of viable business planning an aging group of independent publishers can pursue while retaining their Canada Council funding. A 2005 report commissioned by the Council had previously identified an upcoming succession crisis in Canadian book publishing, an industry that blossomed in the 1960s and 1970s, including Porcupine’s Quill, which was founded by the Inksters in 1974 and today consists of Tim and Elke Inkster and one other employee. The Council recommends that arts organizations conduct succession planning as “vital aspects of organizational health.”

“There is obviously considerable interest in [the PQL deal] among our membership,” says Kate Edwards, executive director of the Association of Canadian Publishers (ACP). “There are lots of owner-operated firms, many of whom are reaching the point in their careers where they’re looking ahead to life after publishing.” The ACP, which represents approximately 150 Canadian-owned and -controlled book publishers, is holding its annual general meeting in Montreal this week, where the PQL issue is on the agenda and a Canada Council rep is expected to be in attendance.

ECW Press co-publisher Jack David has been party to the PQL negotiations in an advisory capacity and says he has “never heard” of the Council placing these restrictions on the sale of a publishing company. David co-founded ECW Press in 1974 and successfully managed the transition of the company to new ownership with uninterrupted Canada Council funding.

David estimates that if the sale of PQL falls through and Whyte has to bootstrap TSH from what is essentially year one for a new publisher, it will take five years for the press to become eligible to apply to the Canada Council for a core grant. (Core grants are usually in the form of multiyear funding and are only available to more established businesses that meet a range of criteria, including having published at least 16 eligible literary titles.)

David believes the Canada Council’s stance on Whyte’s bid to enter the Canadian book-publishing industry through acquisition represents a major deterrent to entering a market that is already prohibitive.

“I’m a three-time chair of the Literary Press Group,” he said, referring to the association of Canadian literary book publishers. “There’s no one beating down the doors to start a publishing company.”

“[Acquiring a company] should work better, if it moves forward, for Ken than if he tried to start something new all by himself,” said Second Story Press co-founder, publisher and owner Margie Wolfe in a phone interview. “I like to think that the Canada Council is only doing some due diligence. But none of us know.”

The Canada Council rolled out a new funding model in 2017, through which it simplified its 147 grant programs for arts organizations to just six. The Council confirmed to The Globe that its policies regarding the review of core-grant recipients following any change of legal status or ownership did not change with the new funding model.

However, Felipe Diaz, manager of the supporting artistic practice at the Canada Council, clarified that while the core-grant system (known as “block grants” under the old funding model) “was based mostly on a quantitative assessment of publishers, the new system focuses on quality over quantity, and [the grant juries] are asked to assess all the activities of the publishers, not just the creation of books.”

PQL also receives Ontario Arts Council (OAC) funding, which is not believed to be in jeopardy. OAC Literature program officer Jack Illingworth confirmed in an e-mail that applicants can be moved from multiyear to annual funding applications if the OAC determines they are in “substantial flux,” but that “an ownership change may or may not be classified as ‘substantial flux’ as a publisher can change ownership and maintain continuity in its publishing program.”

David Caron – co-publisher of ECW Press and president of the Ontario Book Publishers Organization – thinks “it’s this notion of a sale that is causing [the Council] to look at it differently than a change in leadership.”

Caron suggests that if the National Ballet of Canada were to hire a new artistic director, for example, “the Canada Council would have that dialogue” prior to a sale, not after. “The question in this instance,” he says, “is there’s a new person at the helm, they want to take things in a different direction, they are committed to the already commissioned works. What is this going to mean for our current funding? And I would think if it was in a different discipline there would be this dialogue and they wouldn’t say, well, we can’t tell you until the sale happens.”

In any scenario, Inkster says he is worse off than he was in January. He estimates he has spent 150 hours on the deal. As a result, he says his publishing program is behind, his sales are down, and he expects that funding going forward “will likely be reduced as a consequence.” He says his health has suffered due to the stress.

“This Canada Council policy is going to be problematic for any Canadian publisher who wants to do something meaningful in the way of succession,” he says. “If I can’t do it with Ken Whyte, I don’t think anyone can do it. Somebody needs to explain that to the Canada Council.” 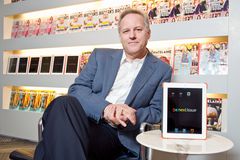