The finest publisher in the world died this week. I’m biased, calling him that, because for the past four years – a minuscule portion of his half-century in the business – he was my publisher. But I don’t think it’s possible to have witnessed Sonny Mehta at work, to take stock of all he did in service of literature, and not conclude that the book world has lost its giant.

For more than three decades, Sonny was the head of Alfred A. Knopf, perhaps the most prestigious house in American publishing. Under his tenure it expanded into a behemoth, its imprints as skilled in publishing Nobel laureates as commercial bestsellers. Before Knopf, he revolutionized the paperback world in Britain when he founded Picador, opening the door to a new generation of writers.

He’ll be remembered for these accomplishments, as he should be. But beyond his long list of successes – a list that includes everything from shepherding the memoirs of presidents and Popes to publishing some of the bestselling books of all time – there was always something deeper. More than anyone I’ve ever met, Sonny loved books. He believed in them, believed in what literature could do.

My defining memory of Sonny will always be our first phone call, shortly after he decided to buy my debut novel in 2015. I had by then researched his background enough to know that he was responsible for bringing most of my favourite books into the world. He’d published the best writing I’d ever read on the nature of modern war, Michael Herr’s Dispatches; He’d published my favourite Canadian author, Michael Ondaatje; he’d not only published the most beloved series of my youth, Douglas Adams’s The Hitchhiker’s Guide to the Galaxy, he’d once locked Adams in a hotel suite with a typewriter and kept watch over him until he finished the final instalment (as Sonny told me, to warm up every morning, Adams would type out a few paragraphs cursing him out – “Who does he think he is, locking me up like this …”).

That this man even existed, let alone had taken an interest in my work, left me awestruck. I was terrified to talk to him. I expected something from the movies. I expected a hurricane.

Instead there was this soft-spoken man with an accent that brought back memories of my British high-school years. Our conversation lasted five minutes. About my book, he simply said, “You think you’re reading one thing, but you’re really reading another.”

In a single sentence, he let me know he’d understood exactly what I was trying to do, what kind of book I’d tried to write. I’d come from a journalism background; I associated the feedback of editors with perpetual anxiety. For the first time, I felt the opposite; I hung up the phone so deeply relieved, so deeply grateful to have been – for all the shortcomings of my work – understood.

I met him in person a few weeks later. His office in midtown Manhattan was perhaps the only one in the Penguin Random House building to which the mandatory smoking prohibition did not apply. I walked into a room near-overrun not only with books but with the after-effects of books – promotional posters, print-outs of shortlisted cover designs, a couple of Fifty Shades of Grey-themed wine bottles. And at the desk sat this thin, unassuming man in a turtleneck, reading.

He spoke very little, except when he didn’t – get him on the topic of a writer or a book he loved and he would go off. More often than not, the stories he told about those writers and about those books were not from a distance. He was there, he experienced it.

They were good stories, too. Once, as an aside, he told me about the day he received a call from a panicked publicist, back when he was still working in England. Come quick, she said, Hunter Thompson is threatening to kill a journalist. Apparently, the journalist had secured Thompson’s co-operation for an interview by offering him a bag of coke, which the author now claimed was of insufficient quality. Off Sonny ran to the interview, trying to prevent a murder.

I’m not sure if he ever tired of telling these stories, but I never tired of hearing them. I looked forward to our conversations – and most of all, to listening to him talk about the new manuscript he’d just acquired, the new book he thought I might like – more than anything else in my professional career.

He was a profoundly decent man in a way that men who reach the pinnacle of their profession are never required to be. Frequently, I watched him talking with his more junior editors – he listened to them intently, valued their judgment and gave them freedom to act on that judgment. He was always honest and straightforward in his opinion of what a piece of writing needed, and he never condescended or sugar-coated or lied about a manuscript’s strengths or weaknesses (with one exception – at the end of almost every one of our editorial meetings, after he’d finished picking apart everything wrong with my latest draft, he’d always say something like, “And, you know, it doesn’t need much changing, just a few sentences here and there.” It never, ever needed just a few sentences here and there).

There will never be another publisher like Sonny Mehta. It’s not only that the publishing industry is changing, it’s that he’s the one who changed it. To have been the recipient of his guidance, even for a short time, is a greater gift than I ever deserved.

Omar El Akkad is the author of American War, a finalist for the 2017 Rogers Writers’ Trust Fiction Prize and the 2018 Amazon.ca First Novel Award. 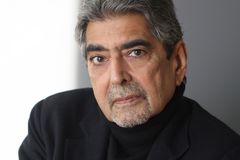