What will the literary season – la rentrée, they call it in French, the same word they use for “back-to-school” – look like without a Nobel Prize in Literature to debate or praise? Are we feeling an immense void at the centre of literary life yet?

Or are we not thinking about it at all?

Is it possible, in fact that the lack of a Nobel this year will give us all – readers and judges alike – a necessary distance on this prize and the hoopla around it, a time to consider what exactly it is, what it’s for, what it’s worth and indeed what all massive literary prizes are worth?

The literature prize was postponed this year because it turns out the Swedish Academy that administered it, the very definition of respectability, was not a very respectable place.

One of its members was married to a well-known creep who was just convicted of rape. That wasn’t the problem, per se – the problem was that the rapist also appeared to have advance knowledge of the literature committee’s choices and may have leaked them to such people as might have a bookie’s number in their phone. The source of the leaks was obviously the committee itself, who just generally had an uncomfortably close relationship to the rapist and his powerful arts club. As did too many people in the Swedish cultural establishment.

And then the academy closed ranks in a most old-fashioned way to defend themselves and the rapist’s world, and there were dismissals and public protests, and before one knew it, the media had by and large started portraying the Swedish Academy not as a place of high intellect and sophistication but as a closed cabal of friends whose highest priority was protecting their own privilege. Seeing that the academy was in disarray (and not even able to reach a quorum because of all the resignations), the Nobel people pulled the plug on the literature prize this year. So what will we miss?

The paradox here is that the Nobel prizes began with idealist and even egalitarian aims. The literature prize has predictably been Eurocentric in its 117-year history, but it has also rewarded socialist and radically anti-establishment artists. Nigerian writer Wole Soyinka had been an active anti-colonialist revolutionary in the 1960s; Pablo Neruda was a Stalinist; Mo Yan was a Maoist. The clownish playwright Dario Fo, the feminist eroticist Elfriede Jelinek … these are not exactly establishment choices.

The academy has constantly reminded the English-speaking world of international literatures not in English. The most frequent criticism of it from the United States was that it was too leftist.

Since the middle of the 20th century, the mandate of the prize has been essentially murky. Alfred Nobel's instructions were to reward literature of an idealistic nature. But after modernism, which valued experiments in form and an inward gaze, the greatest literature was no longer idealistic.

"Idealistic" and "artistic" are no longer synonymous.

So what exactly does the Nobel Prize reward?

Not fame: Many of its laureates have been relatively obscure. Excellence? No consensus on what that might mean. Mostly, it reflects the political beliefs of the very homogeneous 18 members of the Swedish academy. It is useful for most of us for discovering the names of excellent writers who do not otherwise make the news.

Aside from that, it is interesting because it is glamorous. It is the richest literary prize in the world (about $1.3-million) and this is still the primary reason for its worldwide attention. And then, there are the robes, the white-tie dinners, the sense that everybody involved has a PhD or an aristocratic title or both.

And it was precisely these things that were the academy’s downfall. There were all too close, too protective of their traditions. This debacle has opened everybody’s eyes to exactly what we were glamorizing. Think about it: How could a group of like-minded Swedes possibly evaluate all the literature in the world? A work informed by political conditions in Nigeria asks to be judged by different standards from an avant-gardist work created in conjunction with computers in Frankfurt. They have different goals. Neither is necessarily idealistic.

But national prizes have a slightly different role: a nationalistic one.

They draw attention not to the literature of the globe but to a narrow band of it (ours). They also tend to have a narrower focus in terms of genre (the Man Booker for example is only for fiction; the Griffin only for poetry) and so at least consider apples, oranges and kiwis as opposed to apples, poodles and jet skis. The prizes are our last remaining promotional division.

It could be argued that the Nobel promoted reading. That would be a hard proposition to prove. Really, it promoted more interest in the promise of great wealth, the way a lottery does. It could be more than that.

Here are things for the Swedish Academy to accomplish during its repentant break: (1) address its internal corruption; (2) identify exactly what its mandate is, and what literary careers it is to recognize – even if this means redefining the phrase “an idealistic direction” in Nobel’s will; (3) widen its membership to include intellectuals who are not part of an insider circle connected to Stockholm high society; and (4) convince us, by explaining clearly what it values in literature, that we need to pay attention to prizes at all. 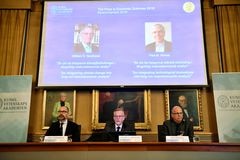 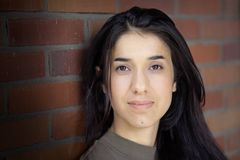 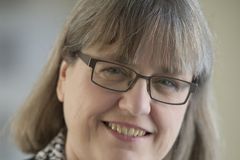