From Margery Kempe, acknowledged as a key progenitor of the form, through to Michelle Obama, who penned the bestselling example to date, memoir has a long, occasionally fraught and often female-inflected history. It’s also wildly popular. The third instalment in Deborah Levy’s recently completed “living autobiography” had a 70,000-copy first printing. Trevor Noah’s memoir about growing up biracial in apartheid-era South Africa, Born a Crime, has been on The New York Times bestseller list for more than two years. Actor Matthew McConaughey’s Greenlight set up camp on the list 46 weeks ago and shows no signs of budging.

All five nominees for this year’s Hilary Weston Writers’ Trust Prize for Nonfiction – the richest, and most prominent non-fiction prize in Canada since the demise of the RBC Charles Taylor last year – are memoirs. Three are by Indigenous writers – Jordan Abel’s NISHGA, Tomson Highway’s Permanent Astonishment and Darrel J. McLeod’s Peyakow: Reclaiming Cree Dignity – and all, unusually, are by men (Ian Williams’s Disorientation and Ken Haigh’s On Foot to Canterbury round out the field). Every member of the Weston Prize jury – Adam Shoalts, Terese Marie Mailhot and Kevin Chong – has written a memoir, Mailhot having been nominated in 2018 for hers, Heart Berries.

Being intrinsically about the self, memoir is perhaps a logical form for our identity-focused cultural moment. Some view it as an opportunity to correct past imbalances. Asked for her thoughts on the Weston Prize list, Mailhot, who is Indigenous, responded, “My main concern as a judge is to de-centre white literary aesthetics. We can’t solve publishing in one literary year with one award. I will say there’s something beautiful about these books that transcends the ideas I had about representation and what the job is of a singular story.”

Where once you had to be someone – a Churchill or Hillary (Sir Edmund or Clinton, take your pick) – to get a publisher interested in your memoirs, just as key now is a unique angle or identity. Nicole Winstanley, vice-president of Penguin Random House Canada, which published three books on the Weston Prize list, sees in the rise of memoir a kind of democratization of storytelling: “The real thrill of reading in general is the chance to see the world through another’s eyes, and go to places that would otherwise be inaccessible. What we seem to be seeing is that readers and critics are responding to this opening-up of intellectual and cultural places that many have never been with a real exuberance.”

Judging by this fall’s international offerings, those places can be pretty specific, even recondite. In her In the Eye of the Wild, for example, French anthropologist Nastassja Martin reflects on the transformative experience of surviving a bear attack in Russia, while Richard Antoine White’s I’m Possible details the path that led him from the hardscrabble streets of Baltimore to becoming principal tubist in the Santa Fe Symphony and New Mexico Philharmonic.

Being famous-adjacent helps. Royd Tolkien, great-grandson of J.R.R., just published a memoir recounting the travels he undertook across the globe with his mortally ill brother as part of the latter’s bucket list. In his own forthcoming memoir, Omar Sharif Jr., grandson of the one you’re thinking of, combines remembrances of his grandfather with details about his coming out as gay in the wake of the Arab Spring. Starting with Jean-Jacques Rousseau’s Confessions (not to be confused with Saint Augustine’s, which aren’t nearly as juicy), salaciousness has always been a mainstay of the memoir form. Hence Faith Jones’s upcoming Sex Cult Nun, recounting her escape from her grandfather’s religious sex cult in Macau. It’s all there in the tag-ready title, really.

Memoir is about telling one’s own truth, an endeavour that can backfire when it’s viewed as self-serving or aggrandizing. Witness Zoe Heller’s famous, take-no-prisoners review of Salman Rushdie’s memoir Joseph Anton, which accused him, using various forms of acidic eloquence, of using the occasion to play victim. A sample: “One would hope that when recollecting his emotions in freedom and safety, he might bring some ironic detachment to bear on his own bombast. Hindsight, alas, has had no sobering effect on Rushdie’s magisterial amour propre. An unembarrassed sense of what he is owed as an embattled, literary immortal-in-waiting pervades his book.” (Rushdie’s memoir is 656 pages, so that’s a lot of pervading.)

But there are also practical, economic reasons behind the memoir rush. As much as non-fiction is having a moment, writing it – in the form of history or reportage, say – is time-consuming, costly and potentially fraught, legally. Attaching that magical colon followed by “a memoir” to your title goes a long way toward risk-mitigation. It’s quite different to say, “It was so,” instead of, “I think it was so.”

In a frank, much-read 2016 essay published in Canadian Notes and Queries, Charles Foran, who won the Hilary Weston Prize in 2011 for his biography of Mordecai Richler, and who became the Writers’ Trust’s executive director in 2020, wrote about his decision to walk away from a contract with Knopf for a non-fiction book he’d been keen to write, knowing the advance wouldn’t come close to covering the research, time and travel required. “Observable to anyone who sits on a non-fiction jury in Canada,” Foran wrote, “is that there are too many memoirs, written for cheap, and too many potentially excellent books that fall short, literally, of being researched enough, travelled enough, contemplated enough. … Most Canadian authors can’t afford to write non-fiction beyond the budget of our own experiences. The view out the back window is about all we have the funds to explore.”

Author Kamal Al-Solaylee agrees that, for most Canadian writers, penning non-fiction is an unaffordable luxury. Although Al-Solaylee’s debut, Intolerable, was a memoir, he decided to make his latest, Return, a work of reportage despite the highly personal impetus behind it.

While a member of the Writers’ Trust board of directors, Al-Solaylee had been part of a committee exploring the idea of a grant for non-fiction authors of books that had been picked up by a publishing house, or were at the work-in-progress stage. The idea was met with enthusiasm, but then the pandemic hit, forcing the trust to turn its attention to supporting writers who’d lost their regular sources of income. Recently appointed director of the School of Journalism, Writing and Media at UBC, Al-Solaylee hopes the initiative will be revisited once things return to a semblance of normal. “Think of all the history that can be uncovered or the investigative, life-changing pieces that may come out from supporting this work.”

Indigenous memoir presents a particular case in the Canadian context. It’s one thing to read about the residential school system in a history book – which no one did, for decades, because it simply wasn’t written about – quite another to read the account of someone who lived it, either personally or through the trauma of their ancestors. Some titles, such as Jordan Abel’s NISHGA, which combines sombre black-and-white photographs, poetry fragments, personal anecdotes and legal documentation in the form of an art-book-like hardcover, are offering a radical challenge to traditional memoir form. That so many Indigenous memoirists have been able to inject humour into their accounts – Wente, Highway, and Thomas-Müller come to mind – is remarkable in itself, and speaks to an almost unthinkable resilience.

Neither Mailhot nor Wente were able to explain the recent abundance of Indigenous memoirists. Asked about the aims of his own about-to-be-published Unreconciled, Wente said: “I guess I just hoped to take large systemic issues and show how they manifest on a personal level, so people could understand or see the connection between the systemic and the personal.” Mailhot, too, was phlegmatic on the subject. “I don’t know how or why these NDNs are out here,” she wrote in an e-mail. “I’m just happy we’re here. I look forward to more. I love our people and our stories and I’m especially proud of the art we have cultivated and inspired from one another.” 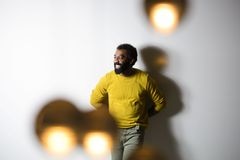 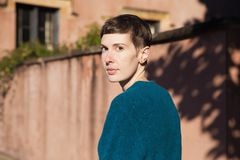 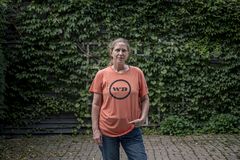