Lost Children Archive, the third novel by Valeria Luiselli, is at its heart a road story.

A family of four ventures toward the border in Arizona from their home in New York. The narrator is a 33-year-old woman. She navigates by map. Her husband is behind the wheel. The marriage is fracturing. Their children, a five-year-old girl and 10-year-old boy, are in the backseat. In the trunk, there are seven boxes, full of books, recordings, documents, photographs.

The husband is a sound documentarist and wants to record the echoes of the Native American tribes of the Apache in the desert. The wife is a journalist and plans to do a piece on the humanitarian crisis at the border. This is a novel for the Trump era, but Donald Trump himself, and his presidency, do not shadow this story: Lost Children Archive is set in 2014, when it was conceived, and much of the work was written before the election of the current President.

The novel is rooted, as it always is for Luiselli, in personal experience. She is Mexican and grew up abroad, the daughter of a diplomat. She eventually moved to New York. Five years ago, Luiselli, her husband and their two children took a road trip to Arizona from New York. This was during the unaccompanied-child migrant crisis when upward of 100,000 refugees had escaped violence in Central America and arrived in the United States. When Luiselli returned to New York, she volunteered as a translator for undocumented children trapped in the legal system. She seethed with anger. She saw little empathy and despaired when the wider attention dissipated.

And so Lost Children Archive was born, but Luiselli knew that in the fiction, she would have to ease the anger and strip out politics. She stepped aside from the novel and wrote an essay titled Tell Me How It Ends, published in 2017, about the child migrants and the United States’ complicated history in Central America. It is a cousin to Lost Children Archive and there are considerable echoes between them: characters, scenes and even some exact sentences. (The two new works are Luiselli’s first written in English. Her previous three books were composed in Spanish.)

Tell Me and Lost Children Archive, however, are distinct from each other. For the novel, Luiselli, in an interview, says she wrestled with the narrative question of “how to speak about crises and how to speak about political violence.” In Tell Me, she faced the questions directly. In the novel, migrant children exist as they exist for most people in real life, as echoes, to use a primary theme of Luiselli’s – we hear stories on the news but the reality is far away.

The family on the road hears the stories of lost children at a distance, on the radio. At one point, with her kids asleep, the narrator wonders how her children would fare, alone, guided by a human smuggler: “Were they to find themselves alone, would our children survive?" Later, near the border, the family glimpses a group of children deported by plane. There is also one direct – but still distant – glimpse of these children. It is in a book, read by the characters of Lost Children Archive. The story of the book within a book is a dark tale of children on a harrowing, brutal journey. It’s not real but it certainly feels like it.

Luiselli’s construction of Lost Children Archive is masterful. She employs the tools of fiction – shifting points of view, shifting from the past to the present and back – and draws out a truth that a lot of non-fiction generally does not reach. But Luiselli does slip here and there. Several scenes feel pedantic. A few characters in cameos veer into caricature. And she loudly hammers away at her themes of echoes and ghosts and archiving – compilations of sounds, pictures, words and memory.

Lost Children Archive is a political book – but often free of politics. When it is explicit, it lands a solid punch, especially for anyone with a myopia that Trump is a singular beacon of blame. Driving through Arkansas, the narrator thinks of Bill Clinton and recalls a picture of Clinton she’d seen on the wall of a Prague bar – “beer-red, chubby-grinned Bill” – and contrasts this bonhomie with Clinton, as president, the “man who laid the first brick in the wall dividing the United States and Mexico, and then pretended it never happened.”

There are also the echoes of, and threads between, the genocide of Native Americans and the humanitarian crisis at the border. The family is in New Mexico when the father ruminates on America’s blood-caked history. “This whole country,” he says, “is an enormous cemetery.”

Luiselli’s stories are special, the result of a remarkable imagination and a towering intellect. Near the end of her last novel, The Story of My Teeth, about a Mexican auctioneer, she wrote of its composing: “The formula, if there was one, would be something like Dickens + MP3 ÷ Balzac + JPEG.” The formula for Lost Children Archive, if she had distilled it in as an equation, would be equally surprising and unlikely. The result is tremendous.

Luiselli’s work has always been inspired by the voices of other writers and artists, and in Lost Children Archive, this is even more evident. “The many voices in the conversation that the book sustains with the past” is how she describes it in the novel’s endnotes. The range of works that she cites are vast – everything from David Bowie’s Space Oddity to Ezra Pound’s Canto I. Luiselli, in an interview, says she likes such “exposed architecture” in books, hers and others, where one can “feel the fingerprints.”

A short selection of works in Lost Children Archive:

The penultimate chapter of Lost Children Archive, where two primary threads of the story come together, is a single sentence that runs 20 pages. The novel took 4½ years to write – “it feels like a lifetime,” Luiselli says – and this chapter accounted for more than six months of work. It begins: “And south into the heart of light we walked, Memphis, you and me, close together and quiet, like the lost children walked somewhere, too, under the same sun maybe, though I kept feeling all the time that we were walking on the sun’s surface and not under it, and I asked you, don’t you feel like we’re walking on the sun….” 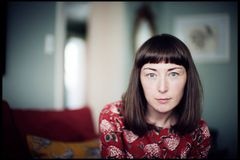 Book Review
Review: Marlon James’s Black Leopard, Red Wolf is one of the most compelling fantasy stories since Lord of the Rings
Subscriber content
February 5, 2019 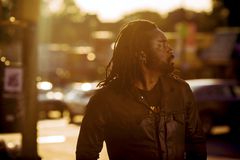 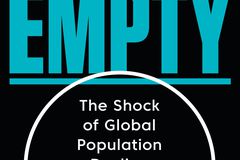