There’s a moment in Anar Ali’s Night of Power that is fleeting and can be achingly relatable to anyone who’s learned to get comfortable with a particular kind of vanishing act as a way of getting by. A young man, born outside his home country and living in an environment that doesn’t encourage complex narratives about immigration, learns to shrink himself to the size of an assumption.

Co-workers, acquaintances and people he meets at weddings mostly think he’s Indian, or some version of what the label – which itself houses a litany of identities, histories – implies. He’s Canadian. He’s brown. Why wouldn’t he be? Why bother explaining the rest of it?

“Saying anything would only lead to endless questions, as if he were an expert, a guide at a museum,” Ali writes of Ashif Visram, one of three characters whose stories frame the shifting-perspective structure of the novel, her first book since her 2009 collection, Baby Khaki’s Wings. And so Ashif shoves the rest of it aside; that he was born to an Ismaili family in Uganda weeks before Idi Amin’s expulsion of South Asians from the country; that he spent his infancy in a refugee camp with his mother, Layla, while his father, Mansoor, stayed on in a futile attempt to save the family business; that his troubled home and 1980s Alberta upbringing have never quite afforded him the tools to address what a forced uprooting and the multigenerational effects of domestic abuse can do to a life.

Ashif leaves Calgary and his family home at the first opportunity. He moves to Toronto and finds a ladder to climb at some multinational corporation by handling downsizing strategies, which he hates. In doing so, he shirks Mansoor’s wish to join his latest failing venture, while outpacing his father’s failed career and indulging his own habit of self-abnegation all at once.

His apartment is spare of furniture, he has trouble with romantic attachment, and he persists in work he despises to secure his parents’ financial stability in retirement – a plan he expects will take him into his forties. That’s when he will figure out who he is and what he wants, Ashif tells himself. That’s when he’ll be free. This faulty logic is a form of self-delusion not unlike the kind his father entertains when thinking about what makes an immigrant life in Canada successful. Sadly, this isn’t the worst way in which Ashif reproduces his father’s faults.

Told in two parts, Night of Power’s first half handily powers through contemporary Ugandan history, scales the Ismaili Muslim community’s place in it, and delivers both into the setting of 1970′s multicultural-policy-era Canada, a version of the country with, for better and worse, a lasting mythology.

On a business trip to Calgary, Ashif visits his parents. His mother informs him that Mansoor’s dry-cleaning business is perilously in debt and asks for help, not realizing that doing so sends Ashif’s 10-year retirement plan out the window. This leads to a father-son confrontation and, soon after, a crisis on Laylat al-Qadr, a holy night on the Islamic calendar and from which the book draws its title, that forces the Visrams to address these fault lines.

Though the concept wasn’t new at the time, Zadie Smith’s introduction of the term “original trauma” in her first book, White Teeth, provided a useful shorthand for how first-generation parents “can't help but re-enact the dash they once made from one land to another, from one faith to another, from one brown mother country into the pale, freckled arms of an imperial sovereign.”

Night of Power, which is set close to the time of White Teeth’s publication, is an original trauma story, too – and this is the heart of the book’s second half. True to how trauma works, it’s not always clear which of the historical wounds that Ashif, Layla and Mansoor flash back to inform the present-day time frame of the book’s plot. They often bleed into each other. Mansoor carries his abusive upbringing with him to his new life, and at times into his marriage. It infects his ability to identify when his life is going well and convinces him his family is to blame when it is not. Despite finding a tight-knit fabric in Calgary’s Ismaili community, Layla feels isolated in her marriage and from early in his life leans on Ashif for support.

Ali herself has described Night of Power as “Death of a Salesman, set in an immigrant family,” and for a number of reasons – its themes, its character motivations – this is true. But, writing a novel operating in the space of Canadian diasporic literature, Ali declines to take chances to push the narrative outside what the genre has come to expect of such stories. Troubled connections with a homeland; overbearing parents; societal pressure to model a very limited view of what a successful second-gen life looks like: much of the genre tells multiple versions of this story, as if this is the only set of drives that characters such as Ashif can have in contemporary fiction. Shafina, Ashif’s Rumi-quoting, art-obsessed, Prince-loving high school girlfriend feels like the promise of an inversion of that expectation, until she disappears for much of the book and reappears briefly as a photojournalist for Al Jazeera, presumably having attained the satisfaction of a true life’s calling that Ashif has not.

What is also unclear is how the conclusion of some of the story’s trauma cycles fits into the way those types of trauma are discussed today. In the final quarter of the book we learn of two separate incidents in which Mansoor and Ashif physically assault a loved one, then recoil from the act and hide it away in some cold corner of their minds. The timing of this reveal doesn’t afford much space to meaningfully connect these acts of violence to the book’s ending, particularly in the case of the women affected.

We begin the book by learning about what Mansoor wants others to believe about him and his success and what his son lets others believe about him simply to get by. But what fictions have the two repeated to themselves in order to reduce the harm they believe they’ve caused others? And, more importantly, how have those they’ve hurt refused to reduce themselves in a similar way? It is tempting to imagine a third beat to this novel, one that affords more time to considering the kinds of self-reduction that cycles of abuse incite and how some survive, even overcome, them.

Chantal Braganza is a digital editor at TVO.

Canada’s francophone, Indigenous, and anglophone writers will be shown off on a global stage at the 2020 Frankfurt Book Fair Subscriber content
October 17, 2019 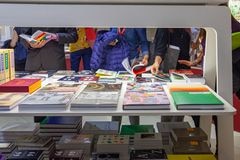 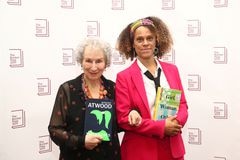 Book Review
Would you give up meat for the sake of the planet? Jonathan Safran Foer asks that question in his new book, We Are the Weather Subscriber content
October 17, 2019 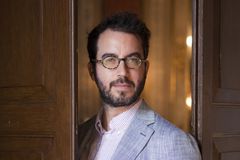