Recently, I was at a long-term care home in eastern Toronto, administering COVID-19 vaccine as part of an outreach team from Michael Garron Hospital. A familiar voice called my name. It was an old friend and colleague, a nurse who is now the facility’s director of care. She told me of the home’s November COVID-19 outbreak, and recounted starting intravenous lines, monitoring her patients’ oxygen levels, being told by experts of the mortality rate she should expect and saying to herself “not on my watch.” Television news vans parked outside the doors, reporting live. With justifiable pride, she said that the death rate was less than predicted. The news vans left.

Canada has the worst record among wealthy nations for COVID-19 related deaths in long-term care, with residents accounting for more than 80 per cent of lives lost. André Picard asks us to not look away from the care of elders after the news cameras have swivelled away from the death toll of COVID-19. The larger story is that this was a tragedy foretold. Neglected No More, he writes of his new title, “isn’t a book about COVID, except peripherally. It’s a plea to stop dehumanizing elders, and to re-imagine long-term care.” Many COVID-19 deaths of elderly Canadians in long-term care were preventable, Picard explains, because “eldercare in this country is so disorganized and so poorly regulated, the staffing so inadequate, the infrastructure so outdated, the accountability so non-existent and ageism so rampant, there seems to be no limit to what care homes can get away with.”

If I were an eldercare worker, I might bristle at that assessment, but Picard’s criticism is not directed primarily at individual caregivers. He writes of the dedication of those he has met and explains the obstacles they face as they strive to care in a system that is not a system. These workers are overwhelmingly racialized women, frequently new Canadians, and work hard for low wages in a field where they are taken for granted. Eldercare thus becomes a triple epicentre of systemic ageism, racism and sexism.

Picard tours us through the labyrinth of services offered to seniors, some publicly funded, some privately purchased and rarely integrated. In some cases, services are excellent, such as at the Sunnybrook Veterans Centre. In stark contrast are facilities such as the Résidence Herron, which charged clients as much as $10,000 monthly despite being cited for poor care by inspectors prior to the pandemic. In the early days of the COVID-19 crisis, residents were found “wallowing in their urine and feces because their incontinence pads had not been changed in days.”

What is on offer in eldercare is neither standardized nor reliably at a standard that we would expect for ourselves or our loves ones. As Picard observes, “everyone wants to age in place in their home, but so few actually have that choice.” A key message of Neglected No More is that rather than thinking about long-term care in isolation, we should build systems that care for elderly Canadians in the community, and that keep people out of long-term care as much as possible. The keys to being able to remain at home are often the degree and ease with which support can be obtained, encompassing services such as bathing, physiotherapy and nursing, but also tasks that may not be immediately viewed as “health care,” such as snow clearing and meal preparation.

We should not only be providing these services, but doing so in a way that is seamless and user-friendly. Instead, in Ontario, one third of home-care dollars are spent on assessment and administration. The result is a gauntlet of overlapping and often uncoordinated assessments and care plans that allocate blocks of services but not necessarily those that patients want or need.

Picard reminds us to look beyond our own borders, and provides a useful survey of practices and outcomes from other developed countries. In Denmark, where a key priority is to keep everyone at home as long as possible, “the focus of all eldercare programs is helping citizens maintain – or regain – autonomy, often through rehabilitation and re-ablement.” While Denmark invests more extensively in home care, its overall health spending per capita is less than Canada’s. Taiwan, which is in its second 20-year long-term care plan, has had zero cases of COVID-19 in long-term care.

Studies published in the Canadian Medical Association Journal have concluded that for-profit long-term care homes fared worse than publicly funded ones in terms of both the extent of COVID-19 outbreaks and the mortality of residents. Previous research has shown that for-profit long-term care homes deliver inferior care across a number of measures. Over a thousand signatories to a letter by “Doctors for Justice in LTC” – a group of physicians, researchers and advocates – call for sweeping reforms including the end of for-profit long-term care. Yet, only one national party, the NDP, has called for the end to for-profit care. Picard also stops short of doing so. No jurisdiction has committed to what geriatricians, patients and – as Picard points out – “at least 150 inquiries, parliamentary hearings, task forces and commissioned reports on the sad state of long-term care, home care and elder care” tell us needs to be done: a full re-think of eldercare, with human beings at the centre.

An implicit question is asked by Neglected No More is: How is it that an area that largely employs good people with good intentions ends up being so dysfunctional?

A central observation that Picard makes is that we do not have an “elder care system.”

As with much of Canadian health care, we pay for services, not for the care of people’s health. For much of our lives, if we are fortunate enough to be in relatively good health, our interaction with caring providers is episodic and limited, so this payment system is acceptable. If I need a doctor when I cut my arm, it makes sense that the doctor gets paid for the task of sewing me up.

As we age, the degree to which we rely on care providers for increasing portions of our daily function may increase. That care should be coordinated but also flexible and adaptable. One day, I may need help with getting down the back stairs to my garden. The next day, I may need help contacting my doctor because of a worrisome pain. Human needs require human support, and a recognition that continuity and relationship are crucial aspects of care.

Instead, as Picard shows us, the current norm is for both clients and workers in elder care to be treated like commodities. In home care, workers dash from client to client. One London, Ont., personal support worker tells of seeing 22 clients in eight hours. In long-term care, only 30 per cent of workers have full-time jobs. The remainder are forced to stitch together shifts in several homes to make ends meet, an employment practice that relieves employers of having to pay benefits..

“Care aides having to work at multiple facilities was one of the main reasons coronavirus spread like wildfire in care homes,” Picard explains. The workers receive so little respect and are paid so poorly that many leave for better jobs in the fast food industry, and 80 per cent of shifts in care homes are not fully staffed. Meanwhile, Picard also points out that most eldercare is provided by unpaid family members, usually female, whom we must do far more to support – both financially and through other services.

“The true measure of any society can be found in how it treats its most vulnerable members,” Mahatma Gandhi said. This requires imagination to think of how we can meet those needs and take necessary action. Since our shared human journey is that we all grow older, one would think that we would prioritize a high-quality system of caring for the elderly. It would be both compassionate and in our self-interest. Yet, perhaps because our culture is uncomfortable with aging, is obsessed by current economic productivity and is poor at planning for the future, we choose to collectively ignore the elderly among us, as well as our shared future. Instead, Picard tells us, we must start with a vision of humane and dignified aging rooted in communities and build a system around this ethos.

We have rightly prioritized residents and staff of long-term care homes to receive the COVID-19 vaccine. In the United States, which shares this approach, The New York Times reported that new cases have fallen by more than 80 per cent, double the reduction in the general population. In the hallway of the long-term care home where I had been sent with a portable refrigerator of vaccine, I stood there dressed in PPE, using my Cantonese to persuade an elderly woman to accept her second dose. Eventually, with a certain amount of chatting, she agreed. Most residents were keen to be immunized, but some were reluctant. I had a sense that while the whole world was clamoring for a jab, there was something else that the home’s residents wanted beyond the coveted vaccine. And then I stepped out of the room, knowing that I had delivered an important but isolated thing – while there remains so much more that our elderly need and deserve. 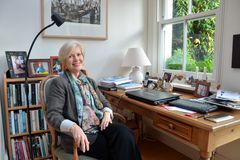 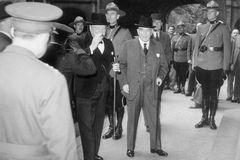