I approached this novel, I must confess, with my guard up – and no, it was not because it had the name of a historically marauding group from Scandinavia in its title. I was wary of Andrew David MacDonald’s debut because of a personal allergy to any book that promises it will inspire me, or, in the precise verbiage of the cover, compel me to “be legendary.” No thank you?

But thank Thor I battled through that exhortation (and the star-bedazzled cover in pseudo-inspiring colours): When We Were Vikings is utterly marvelous, completely unexpected, and, praise Odin, not one whit inspirational.

In fact, “inspiring” is a characterization I think our heroine, Zelda, would bristle at, because it smacks of precisely the kind of patronizing head-pat she’s out to defeat in her larger quest for independence, self-determination and the freedom to “write her own legend,” as a differently-abled Viking enthusiast from a less-than-privileged background. And when Zelda talks about legends, she has a very specific definition: the Viking kind, the sort where foes are defeated, fair maidens rescued and glory is won by protecting the tribe at all costs.

Zelda, you see, loves everything about Vikings. The lens of their quasi-mythical paradigm – the heroes and villains; fierce loyalty and clear-cut morality – is how she makes sense of her world and the chaos outside (and sometimes within) the apartment she shares with her older brother, Gert, the only constant presence in her life after a childhood marked by an alcoholic mother, an absent father and an abusive guardian. (Gert, of course, came from the same broken home, and, devotedly as he cares for his sister, struggles with demons of his own, not least the burden of supporting her when he was just a teenager himself.) Their life – on the wrong side of an unnamed American town, beyond the margins of “normal” (whatever that means) society – is not Valhalla, by any stretch.

And yet, Zelda is determined to make it so, which is why, 21st-century Viking that she is, she decides to go on this journey to “be legendary.” And while on paper (really, she draws up a list, something she loves to do) this is about ticking off the milestones in a Norse hero’s journey to greatness (rescuing a fair maiden, for example, which Zelda adapts to mean her boyfriend, Marxy), what it really is about is Zelda stepping from childhood into adulthood – a specific sort of quest when you’re a differently abled 21-year-old.

Whether Zelda achieves her quest, of course, is something I’ll leave for you to find out (very quickly, perhaps, if you gobble up these pages with the same delight I did). What I will say, however, is that Zelda is a far more charismatic protagonist than any I’ve ever encountered in an epic. MacDonald deserves great rewards in the afterlife for just how vividly he has drawn this complicated, compelling woman (a feat, I confess, I was leery of a male author attempting). Her perspective as a person with autism (this, at least, is hinted at, as is fetal alcohol syndrome) shapes her world view, but it is not her personality, an important distinction when diagnoses can sometimes be substituted for character. Zelda is intelligent, ribald, fiercely dedicated to the people she loves (a lively, alive cast of supporting characters, which includes her therapist, her brother’s ex and her employer at the local library).

And just as there is nothing three dimensional, condescending or clichéd about MacDonald’s heroine, the story itself does not descend into melodrama. Quite the opposite, in fact: There is violence in this tale (fists punched through walls; beatings and brutality at the hand of Gert’s unsavoury business associates), and there is awkwardness too, both the physical kind of Zelda’s fumbling first time, and the social sort, often milked for a wry sort of humour. There is beauty – and tenderness – in the fallibility of everyone involved in this story. No one really gets it right, but, oh, how they’re trying. In fact, the only misstep in this entire tale is the introduction, toward the end, of a Viking expert whose correspondence with Zelda reads a touch too pitch perfect, a little too “Dumbledore the Wise Oracle” instructing Harry Potter. The legend’s wise man, as it were, is a little too wise, and his delivery of advice too pat. I felt, for the first and only time, a heavy-handedness – and yes, a desire to inspire me. (“The most important parts of life, the parts worth cherishing, are the things we don’t expect:” Would live happily on a greeting card, sure, but entirely dissonant in this fiercely unsentimental story, no?)

Which brings us back round to the “i” word: Was I, in the end, inspired by When We Were Vikings? I’ll happily admit to it! This is a warm, astute book that’s full of heart, in a clear-eyed, deeply human kind of way. Zelda burrows into your imagination and you can’t help but cheer her on, crossing your fingers and toes that she’ll get everything she ever dreamed of, and more. It’s a book that takes you outside of your own struggles for an afternoon (or two), which is, in this crazed time, surely the stuff legends are built upon.

Book Review
Shani Mootoo’s Polar Vortex is an unsettling novel about how secrets always come back to get us Subscriber content
March 10, 2020 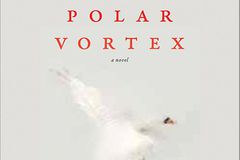 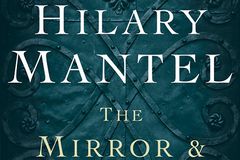 Book Review
Sarah Leipciger’s Coming Up for Air intertwines three narratives to leave its reader with a paradox to ponder Subscriber content
March 3, 2020 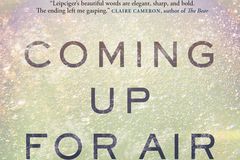