With the quirkily named Ducks, Newburyport – a wildly ambitious experimental novel that consists of one extremely long internal dialogue that spans more than 1,000 pages – its author, Lucy Ellmann throws down a gauntlet to the contemporary reader.

Are you woman enough (for this is a very female rant, deeply yoked to the age, and rage, of Trump and the #MeToo movement) to be able to tune out the many distractions of everyday life – the constant beeping demands of our many devices, the anxiety-inducing onslaught of Breaking News – to gather sufficient focus (a difficulty our unnamed narrator, a mother of four living in Ohio, shares, as her thoughts and observations flit and veer over the course of our literary visit) in order to read this book?

Ducks, Newburyport is shortlisted for the Booker Prize. It came close to never being published

I must admit that, initially, it’s a daunting task. Not only is a thousand-page book so very heavy that it actually hurts to hold, a thousand-page long sentence (for the book only contains a single, very extended one) is rather a lot to take in without feeling the need to come up for air where there is none. Launching you straight inside our narrator’s head, as she peels bushels of apples and kneads vats of dough for the tartes Tatin and cinnamon rolls she bakes for local restaurants from her home kitchen while worrying about her children and the state of the world, and skipping, mystifyingly, between this internal conversation to that of an Eastern mountain lioness minding her cubs in the disappearing wild, Ellmann manages to be both relentless and almost maddeningly obscure. From the outset, she gives you so little to go on that I kept fighting the urge to put it down and check Instagram.

Trying to write the way that we really think is obviously extremely difficult, as earlier dabblers in the stream of consciousness such as James Joyce and Virginia Woolf might attest, were they still with us. Trying to do it now is arguably even more of a challenge, with so much constantly vying for our attention that our powers of concentration are running at an all-time low. Perhaps in keeping with the kitchen sink setting of her narrator’s ruminations, Ellmann has chosen to address this with a conversational tone, as if the narrator was quite literally talking to us inside her own head: “Sometimes stuff does come back at me, against my will … some of the time people try to make me remember stuff I don’t want to remember, and I feel like saying you know, I’ve got some good closure going on here, dude, so drop it.” To my mind, a result that, on occasion, fails to convince.

Moreover, Ellmann’s decision to jettison conventional sentence or paragraph structure means that in order to signal a shift from one passing thought to another, she resorts to introducing each new thought bubble with phrase “the fact that …” – a convention that, while successful in creating a sort of staccato rhythm, can start to grate.

In a book cooked up to be this big, there is also a lot of stuffing: entire passages that read like lists of town names, recipes, even acronyms and abbreviations (so many are referred to, a full glossary is provided in the back of the book). And then there are the actual shopping lists (if my own experience as a wife and mother is typical, there is actually no moment in the day, no matter how demanding, when a list of what you might need for that night’s dinner might not suddenly pop up in your head).

All of which raises the question, why go to the bother, a century post-Freud, of writing stream of consciousness? If the author is attempting to address our Age of Distraction through the perspective of a modern Mrs. Dalloway, surely that’s one literary effort that’s just begging not to be read.

The good news is that hunkering down – just as our narrator does, against the horror and tumult of the outside world in the warmth of her own kitchen – and sticking with Ducks, Newburyport soon begins to bear fruit. The realization comes that the book’s almost rhythmic repetition of anxieties and childhood memories interspersed with wry, often quite pointed observations about contemporary life start circling around each other like stitches in a handmade quilt fashioned from old movie plots, ad jingles, dreams, clippings from the newspaper and random bits of American history (which our narrator used to teach at a local college before undergoing treatment for cancer).

Just like life, a lot of it is sad. Woven into this sampler is rage – at the despoilers of the Earth, the DuPonts and Monsantos, and the deeply entrenched sexism, violence and gun-craziness of American culture. This being a woman’s story, there is worry, regret and self-recrimination, also pain, in the narrator’s deep and continuing longing for her dead mother. But there is also a lot of love – along with life-affirming beauty. “You know the leaves are enjoying this warm sun going right through them, the fact that the leaves seem to be sunbathing, letting the sun lick them.” In the end, there is even drama – and amazingly, all of it somehow comes to a resolution (including the lioness part).

But the best thing about tackling Ellmann’s magnum opus is that in the process of reading it, you are forced into a position of slowing down sufficiently to fully concentrate. Which makes Ducks, Newburyport the literary equivalent of some kind of mindfulness exercise – a public service in these times of mass distraction if there ever was one. While the kitchen-sink alternative to the furiousness out there that Ellmann offers can be compared to Voltaire’s conclusion that the answer lies in cultivating one’s own garden, Ducks, Newburyport goes one step further: putting your head down and plugging away at something challenging, such as this book, yields its own rewards. By page 700, I started feeling regret that I only had a couple hundred more pages left to go. 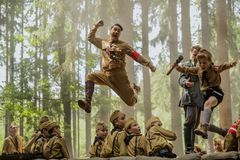 From Vancouver to Halifax, here is the best of October’s book festival circuit
Subscriber content
October 1, 2019 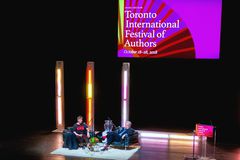 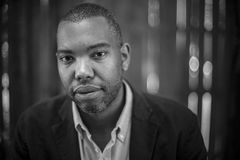