For survivors of the genocide against the Tutsi in Rwanda, for their descendants and the descendants of the million people massacred, for all of us who witnessed the horror and continue to live with it 25 years on, there is nothing more abhorrent than denial. And yet, morally repugnant and politically motivated revisionism of the facts continues.

British investigative journalist Linda Melvern has been examining the genocide since the beginning, and her latest book, Intent to Deceive, reveals the continuing, pernicious, intentional disinformation campaign that has been raging for the past quarter-century and continues to this day.

I was Force Commander of the United Nations Assistance Mission for Rwanda back in 1994, tasked with brokering a peace accord between the Hutu and the Tutsi.

Once the slaughter began, and countries started yanking out their troops, my superiors ordered me back to Canada. I and my remaining contingent, consisting of just 450 soldiers (including 12 Canadians, about 300 Ghanaians and 60 Tunisians), refused to abandon the mission. We defied the legal order because we recognized a greater moral obligation to stay, to help where we could and to – at the very least – bear witness to what the rest of the world chose to turn its back on.

Armed only with Blue Berets and bluffs, we managed to save about 30,000 people from brutal massacre, while continuing to negotiate for ceasefires and implementation of the peace agreement.

All the while, I was begging UN member states, as well as the international media, to intervene. If I could have convinced them to send me just a few thousand troops and some ammunition to back up our bluffs, we could have put an end to the bloodshed.

I have no doubt that I was deceived by various players in the extremist government of the time in an effort to distract the UN and the international community from the genocide planning that was taking place.

Throughout the new year, in the months I was building my force, we were quite aware of significant movement of weapons and of a large number of weapons caches being controlled by extremist elements of the political parties making up the old government. It was only on a tip from an informant that we learned the MRND party and CDR party were planning to conduct very deliberate killings of members of the Tutsi population on the scale of a genocide. My now-infamous Jan. 11 fax was simply informing the UN that I was going to conduct offensive operations to disrupt the weapons distributions and militia training.

History has recorded the response I received – ordering me not to intervene – and the consequences of that decision.

In Intent to Deceive, Melvern clearly and concisely details the indisputable evidence of a planned genocide. This includes cellars full of files and ledgers found in the vaults of the Banque Nationale du Rwanda. Here were receipts and invoices for the mass importation of machetes by four companies, not one of them involved in agriculture. Here were the invoices for the low-intensity weapons, cheap to buy and easy to stockpile. Bank statements, faxes and telexes showed money siphoned from international finance to pay for the Interahamwe militia, the money to buy their boots, food for their families and clothing.

Hate speech broadcast over state radio was one of the central tools used to prepare the population for the genocide. This vile campaign against the minority Tutsi (denigrating them to “vermin” and “cockroaches” to be “exterminated”) had been relentless over the airways of the now-famous Radio Télévision Libre des Mille Collines. As Melvern explains, this level of premeditation and planned denigration flies in the face of the claim at the centre of the denial campaign: that the massacres resulted from a “spontaneous uprising.”

Rwanda’s diplomats abroad were given instructions to explain that the civilian deaths were the result of this same uprising; these instructions were found later in diplomatic telegrams and cables that were sent by the genocidal “Interim Government,” a government hastily convened by the killers as their plans got under way.

From the very outset, the génocidaires of Rwanda had tried to disguise the true nature of their crime.

With cringeworthy accuracy, Melvern also exposes willful deception – on the part of countries and individuals with everything to lose – to manipulate the next generation into revisionists and genocide deniers. These duped academics, journalists and other “experts” continue to propagate self-serving lies onto the victims, aiming to wreak damage as repugnant as that of the earliest colonialists.

I have spent the past 25 years relentlessly speaking, writing, testifying and advocating to ensure that the genocide against the Tutsi is remembered.

Many is the time I have wished that the Rwandan Tutsi had the wealth, the connections, the international political and social power to protect the remembrance of these mass atrocities perpetrated against them, as do the people who have so successfully served the memories of the Holocaust to ensure it is never forgotten, and never repeated.

Instead, they have only each other and the dogged determination of a very few people with an international voice, such as Melvern, who refuse to allow lies to take hold.

It is critically important that we remain vigilant against calculated deceit, the dissemination of misinformation by unwitting dupes and bald faced lies. It is an exhausting, upsetting, Sisyphean task. But it is essential.

Truth and lies have found new buzzwords recently, such as “gaslighting,” “fake news,” “deflection” and “blame on both sides.” Melvern clearly demonstrates how these exact strategies have been (and continue to be) critical components of political deception around the genocide against the Tutsi.

She reminds us that the official stages of a genocide include the final stage: denial. And that final stage does not end. It goes on forever. Its purpose: “to destroy truth and memory."

Her book does not delve in gossip-mongering, hearsay or bias. It presents the facts. And it behooves us every one to remember them.

It is our moral imperative.

Books to help you make sense of the Rwandan genocide
Subscriber content
April 6, 2019 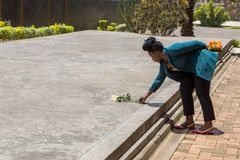 Excerpt: In Praise of Blood and new revelations from the depths of the Rwandan genocide
March 22, 2018 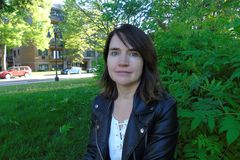 Opinion
Canada failed Omar Khadr. We owed him compensation and an apology
July 8, 2017 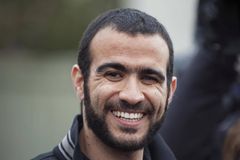