Lake Superior had frozen over. Temperatures hovered around 40 degrees below zero. Families slept in huts they dug out of the snow. They counted their dead each morning. Pierre-Esprit Radisson, starving himself during this “Hunger Winter” of 1659, described people digging for roots, “which could not be done without great difficulty, the earth being frozen two or three feet, and the snow five or six above it.” In Bush Runner, a biography of Radisson (1636-1710), author Mark Bourrie continues the depiction, showing people making soup from the vines that grew on trees and, having long since eaten their dogs, boiling the bones that the crows had picked clean.

Like explorer John Franklin 150 years later on his disastrous first overland expedition, the starving Huron “boiled leather intended for clothes and shoes” and ate it. They boiled their leather tents. They boiled and ate the beaver pelts that, for Radisson, were the reason he was here. Finally, “they boiled the skins that mothers used as diapers.” When two half-starved Sioux stumbled into camp, Radisson tried to buy their skinny dog. They refused so he waited until they slept. Then he lured the dog away, stabbed it to death, and had it “broiled like a pig, cut in pieces, guts and all, so every one of the family had his share.”

Anybody who finds this hard to read should take a miss on Bourrie’s vivid narrative because you ain’t seen nothing yet. Having arrived in New France in 1651 as a peasant teenager, Radisson was taken prisoner by Iroquois. He showed such a keen interest in Mohawk language and culture – and had such an extraordinary gift for languages – that, after enduring some mild torture, he was adopted and assimilated. More strenuous bouts of torture would come later, after Radisson betrayed and helped murder three young travelling companions.

Bourrie points out that judging ancient First Nations people “on the details of torture adapted from the historical record is akin to reading Rudolf Hess’s autobiography of his years as Auschwitz commandant to get a grasp of how mid-20th-century Europeans lived and felt.” That said, he spares us nothing – not the burning of hands and feet, the pulling of fingernails, or “the dance of the heads.” Don’t say you haven’t been warned.

Bourrie’s Radisson is a tough survivalist, a brilliant linguist and a ruthless con man with an eye for the main chance. He will betray any friendship, any alliance, even to the point of committing murder, if treachery furthers his own ends. And he will not lose any sleep over it. Bourrie uses the adventurer’s story to shed light on northern North America in the 1600s. He leads us into an Otherworld as distant from contemporary Canada as any universe in science fiction.

That Otherworld comprises people of many different cultures and languages. As often as not, they treat each other badly. Some are polygamous, others aren’t. Some torture their prisoners to death, others just bonk them on the head. Bourrie insists repeatedly that 17th-century Europe, gripped by feudalism, was in many ways less progressive than what is known as the New World. If Radisson, born into the peasant class, had never sailed to New France, he would have been trapped in a life of drudgery and servitude. Among the Iroquois, where social mobility was based on a kind of merit, he became, for a time, a young aristocrat.

Radisson, together with his older, less charming brother-in-law, Médard des Groseilliers, lived an adventure that took him back and forth between Old Europe – Amsterdam, Paris, London – and New France, the first of the North American colonies. His wide-eyed ramblings led to the creation in 1670 of the Hudson’s Bay Company, which in turn gave rise to Canada.

Before that came about, Iroquois country was made up of not only forests and rivers but “vast fields of corn, walled towns so strong” that the English called them castles, and wide trails linking communities spread over 200 miles. The Iroquois cleared tens of thousands of acres in the forests and planted corns and beans, and men and women stayed in nearby cabins while clearing, planting and harvesting.

Among the Ojibwa, an Algonquian people, collective enterprise revolved around “dozens of duodena, the clans that were the main social organizations in the community.” As in the Scottish Highlands, these clans had collective rights – in this case, controlling not farmlands but trade routes.

Bush Runner is chock-a-block with little-known facts. It’s a dark adventure story that sweeps the reader through a world filled with surprises. The book is compelling, authoritative, not a little disturbing – and a significant contribution to the history of 17th-century North America.

In September, Ken McGoogan will publish Flight of the Highlanders: The Making of Canada. 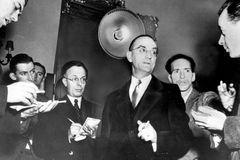 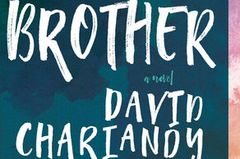