About eight years ago, an account was created on Twitter. This one wasn’t going to cause much controversy, by all appearances. The image attached to it was a detail from a Frans Hals portrait that hangs in Washington’s National Gallery, of an older woman wearing a white cap and the obligatory stiff ruff of 17th-century Dutch portraits, but offering an unusually sly smile. It was declared to be the Twitter account of Duchess Goldblatt.

Anonymous accounts on Twitter are common. So are parody accounts. So are accounts presenting their content as coming from someone famous and dead. There is a charming one called Chaucer Doth Tweet. The person handling it never breaks out of using Middle English for his genial messages, which include versions of popular songs and “road trips” with his friend Dante.

First, the community it has shaped. A large number of people are following and engaging with Duchess – about 25,000 as of now. Why? Well, for one thing she’s witty. Duchess will tweet something like: “I must have slept weird, folks. My backstory is killing me.” Or: “Writing isn’t hard. Worming my way into your heart one step at a time is hard. But it’s holy work, and I bought a boat with the overtime.”

Overtime, indeed. Because Duchess Goldblatt responded on Twitter to just about everyone who replied to her, asked a question, offered a pretend cocktail. She was warm, amusing – although suffering no fools gladly – and engagingly eccentric. She actually seemed to embody that slyly smiling old Dutch matron Hals had painted. Indeed, people sent her photos of themselves in the National Gallery posing with the portrait. Visiting the Duchess.

Turns out, the person behind Duchess isn’t old at all. And the sly smile took some effort for the real woman. Duchess Goldblatt is, in reality, a woman who began the account while going through a difficult divorce involving custody of a small child and serious money stress. She worked in publishing, but lost her job in that same period. She was depressed, solitary, heartbroken and confronting hard memories of her own childhood and a tragic family drama.

One day, she decided on impulse to check out Twitter, but to do it anonymously – just watch, not engage. She wanted a funny image and name, and found them. One shock for those who follow Duchess online will be learning the name does not designate an imaginary aristocrat (despite the fact that most people call her Your Grace, and she accepts it). Duchess was a friend’s dog. Goldblatt was the maiden name of the mother of the owner of that black lab. A Twitter handle was born. In her bio, Duchess was declared to be the author of the bestselling family memoir An Axe To Grind and of Feasting On the Carcasses of My Enemies: A Love Story. She lives in Crooked Path, N.Y., she informed us, which turns out to be both 10 miles from New York City and 10 miles from the Canadian border.

This all began to emerge when Anonymous decided to break her silence and begin tweeting – as her invented Duchess Goldblatt. As Anonymous writes in the book: “It’s not me. She’s a different person. She lives inside my head, that’s all.”

For many, the immediate appeal was how funny the account was. For some, however, it evolved into a sense of being part of a group improvisation, as people replied to her and she responded, in character. But beyond that, beyond the steady stream of quirky tweets (“I’m thinking of taking a lover. Who’s got an extra one lying around? Check the cupboards and the linen closet and on top of the piano.”), there was the warmth and speed with which Duchess responded to her followers.

As the author writes in her book, whereas she herself was friendless at the time, angry and depressed, avoiding people, Duchess Goldblatt was generous, patient and eliciting genuine online affection. The real woman expresses astonishment at how people seemed to love Duchess so readily, while she herself was still largely alone (though eventually working again), defined – and self-defining – as “difficult.” Issues of self and identity and the mask of a persona in the online world are embedded in this story.

A few of Duchess’s new Twitter followers were well known. In the book, Anonymous reveals that novelist Elizabeth McCracken became the first prominent person to engage with her persona, to get and share the joke, and perhaps to see beyond the humour to something beneath it, something that would build a community. “Elizabeth McCracken held Duchess Goldblatt up to the light, and then other people started to pay attention,” Anonymous writes.

People began sending Duchess photos of their dogs and cats, their pies and Thanksgiving dinners. She responded with approval, always. In private communications, she offered support and kindness to those who were struggling. Some of these exchanges are quoted in the book. A woman struggling in her own life became an online support for those doing the same.

One of the people who followed her was the celebrated musician Lyle Lovett, who happened to be Anonymous’s favourite performer. The subplot of how Lovett and the woman behind Duchess Goldblatt eventually meet in person, backstage at one of his concerts (to which he’d invited her – an invitation she accepted with joy and terror), and gradually become friends, is both touching and amusing. It isn’t an easy thing for a book to do: make people laugh and also move them. Becoming Duchess Goldblatt does both.

And that, ultimately, is the compelling thing about this dual memoir of a real person going through trauma and withdrawal and of her online persona easily engaging with strangers who sometimes cease to be strangers. It is what takes the book beyond being just the story of a Twitter creation. At the top of her account reads, to this day: “I’m going to try to be as Duchess Goldblatt for you as I possibly can. I will think of myself as your respite.” For many people, in various ways, this appears to have happened.

There is a vein of scholarship trying to sort out where our personal communities, our important friends, are today. Are they in “real life,” or might they be online, among people we may never meet in person? A range of views exist on the subject. But reading this well-written and well-paced book interweaving a painful but ultimately inspiring personal history with the delightful progress of Duchess and her growing online community, one comes away with both a smile and thoughts on loss and recovery – along with a sense that this particular story is a little bit wonderful.

As Duchess once tweeted: “I need an app that issues hourly reminders telling me which day of the week it is and that sorrow and joy are inseparable.” 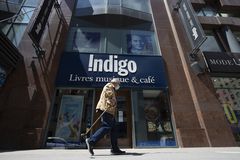 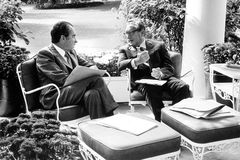