If you had taken coffee with Andy Warhol before 1965, you might have been treated to a complex conversation about life and art in an ordinary voice. The whispering anti-art zombie who appeared in the mid-60s was as calculated a product as any can of soup. Indeed, so successful was this packaging that the public persona – plus Marilyn, Mao and the inevitable Campbell’s – is all anyone remembers. Who knew that the gnomic Andy was also a sensitive and gregarious man who had a mother, boyfriends, a flourishing career as a commercial illustrator before he became an art star and a lot of personal heartbreak after?

Blake Gopnik did. The critic has spent years researching his new biography Warhol at the Andy Warhol Museum in Pittsburgh, the city where the artist grew up in a struggling family of Eastern European immigrants. (His parents were Carpatho-Rusyn, an ethnic minority in what are now Ukraine and Slovakia.) Warhol was a hoarder and diarist who also recorded many conversations; as well as diving into the mass of archival material, Gopnik interviewed dozens of the artist’s old friends and professional contacts.

The result is an exhaustive 900-page account that follows Warhol from Pittsburgh’s Carnegie Institute of Technology to New York where he was drawing shoes and designing store windows when he began his experiments with Pop Art in 1965. From there, the book charts the rise of the notorious Factory of sex, drugs and supposedly filmmaking, managing to distinguish all the hangers-on and freaks without losing the reader, before covering the disco scene of the 1970s and the complete commercialization of Warhol’s art in the 1980s.

Gopnik had served as art critic for The Globe and Mail, the Washington Post and Newsweek before tackling this project, and as he tracks Warhol’s celebrity, his greatest strength is explaining in accessible terms what Warhol’s art achieved and why it matters. He analyzes its connections with consumerism, celebrity and, more subtly, queer culture, and how it built a bridge between conceptual art and post-modernism.

Warhol’s Pop blew open the dead end Abstract Expressionism had reached with an art that simultaneously celebrated popular culture and critiqued it, exposing commercialization even as it profited from it. “Warhol’s art always balanced on the edge between satire and reverence, whether its subjects were soup cans or celebrities,” Gopnik writes. Instability and uncertainty, he argues, are sparkling facets of Warhol. (When the Art Gallery of Ontario unveils a new Warhol retrospective in 2021, it will be interesting to see how these ambiguities play in an era where art has become increasingly politically committed.)

At times, Gopnik expresses a rather modernist triumphalism, pronouncing Warhol a “genius” who has overleapt Picasso as the most important artist of the 20th century, but mainly his argument is eloquent, subtle and sharp. Warhol was very aware that an avant-gardist always needed to find the next new thing, and Pop art turned out to be short-lived, rapidly subsumed into a pop culture that aped it. Gopnik acknowledges the unwatchability of the films that followed, even as he establishes the impact of Warhol’s first experiments in static action, such as the five-hour-long Sleep. He makes grand and more-or-less convincing justifications for Warhol’s celebrity portraits – they might eventually have been shown as a group, as though recording high society itself – and suggests Warhol’s “Business Art” of the 1970s was a legitimate conceptual project. Still, he concedes that late work, from pet portraits to celebrity endorsements, did not live up to the artist’s standards.

As for the biography, riddled with drugs, sycophancy and shopping sprees, Gopnik is deft at telling without judging. He makes fine distinctions between Warhol’s routine use of amphetamines and the addictions of the nasty “A men” who came out at night in the Factory after the hard-working Warhol had gone home to have dinner with his mother. He describes the extremes of the celebrity-studded, popper-popping Studio 54, where Warhol partied nightly from 1977 to 1979, without needing to point out their idiocy.

Still, the critic can be too reticent. When Gopnik relates without explanation the actress Viva’s claim that sexual assaults were happening after hours on the set of Lonesome Cowboys, you are left wondering if you aren’t supposed to take her shocking accusations at face value. (Similarly, Gopnik makes no comment on Warhol’s own behaviour at Studio 54, where his groping of younger patrons and staffers exhibited the sort of celebrity entitlement reminiscent of the accusations that 40 years later cost Kevin Spacey his career.)

In its openness to youthful rebels and full-blown eccentricity, the Factory attracted many who were mere teenagers or suffering from mental illness; I lost count of the suicides. While Warhol is sometimes described as empathetic toward young people, anyone who called themselves a friend of Edie Sedgwick should have been staging an intervention, not filming. With the exceptions of the musicians Lou Reed and Nico, few legitimate careers emerged from collaboration with Warhol. Gopnik argues his principal sin was non-intervention, but to those who called him Drella behind his back, his voyeurism was vampiric. His 1968 shooting by Valerie Solanas could be read as true tragedy – a hero brought down by his own flaws – but the paranoid Solanas had little legitimate grievance. In truth, it wasn’t possible, as Warhol was realizing, for a mega-celebrity to allow a floating world of staffers and hangers-on uncontrolled access to his work space.

Warhol never fully recovered from what those bullets did to his insides and, aside from the decadent Studio 54, the 70s and 80s were difficult decades. He declined to visit his ailing mother after her return to Pittsburgh, telling his brothers to scrimp on a funeral he did not attend. Yet with the exception of this puzzling froideur, the later Warhol emerges as both sympathetic and sad. He was broken-hearted by the collapse of his decade-long relationship with the much younger Jed Johnson, pained by the gall stones that would kill him at 58, aware when his art failed and yet still capable of convincing avant-garde gestures.

Warhol once talked about the celebrity as a half-person, a partial media portrait that misled real people into envy. Gopnik not only establishes the importance of Warhol’s art but also uncovers the whole man. 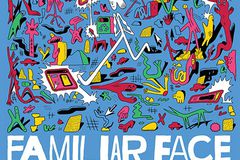 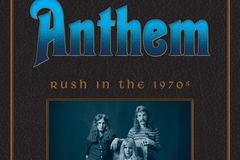 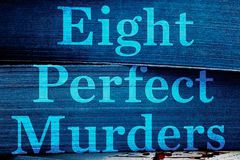