It’s 11:59 p.m. on New Year’s Eve, 1999. Do you know where you are? For most, the minute before what was supposed to be the Y2K disaster – a technological screw-up that represented the apocalypse we all deserved – was spent drinking, partying, perhaps eyeing the television screen hoping that things would turn out okay. (Thank god social media was not yet a thing.) Myself, I was in the basement of a friend’s house, rewatching The Matrix on VHS for the umpteenth time. Before I paint myself as an incurable nerd, I should note that I, too, went to a house party earlier that evening ... but all I wanted to do in the last hours of 1999 was watch movies. So I did.

It turns out, 20 years later, a lot of people felt the same way. Not during New Year’s Eve, necessarily, but certainly during the preceding 364 days of 1999. Even a cursory look back at the year reveals a wealth of genre-defining, beautiful, baffling, delirious, revolutionary cinema. To name but a few (deep breath): Fight Club, Office Space, Election, The Blair Witch Project, Being John Malkovich, Eyes Wide Shut, eXistenZ, Boys Don’t Cry, Magnolia, The Limey, The Insider, and my final-hours viewing of choice, The Matrix. Iconic filmmakers such as Michael Mann, David Cronenberg, and Stanley Kubrick were working at the top of their game, and emerging talent such as Spike Jonze, Sofia Coppola, and the Wachowski siblings were spitting in the face of conventional industry wisdom.

There is a reason that, today, you can barely go a week without reading some breathless analysis commemorating the 20th anniversary of a movie such as The Virgin Suicides or The Iron Giant or The Sixth Sense or South Park: Bigger, Longer & Uncut or Three Kings. The year 1999 was simply an untouchable milestone.

All of which makes Brian Raftery’s new book, Best. Movie. Year. Ever: How 1999 Blew Up the Big Screen, both an exciting and dubious proposition. We are barely halfway through 2019, and yet I feel as if I’ve already read everything that I could possibly need to know about the cinema of two decades years ago. (Admittedly, this is because I’ve written more than a few thousand words about the era myself. Hey, these pages aren’t going to fill themselves.) By this point, don’t we all know why Galaxy Quest and Go and Run Lola Run and American Beauty are important to today’s cultural firmament, in one way or another? Thankfully, the answer is: no.

Raftery, an entertainment journalist who has written for Wired, Rolling Stone, GQ and Esquire, could have dashed off a cultural essay writ large and called it a day. Merely dissecting the themes and legacies of a dozen 1999 films would have filled an easy 300 pages of cinematic nostalgia. But instead, he rolled up his sleeves to conduct a thorough, journalistic investigation into the industry: not just what 1999′s films are about and what they mean to the zeitgeist, but how they actually got made and what their industry legacies are today. Let the websites and magazines and newspapers (guilty) run wild with chin-scratching critical analysis of the time. It can be fun! And again, it eats up that space! But Raftery’s book is not satisfied until it delivers the definitive portrait of one astounding year at the movies from those who were there, watching along in the dark.

To do so, the author conducted more than 130 interviews over the course of nearly two years, rounding up and grilling everyone from M. Night Shyamalan to Reese Witherspoon to Steven Soderbergh to David Fincher. So often, interviews with Hollywood talent can fall into two categories: unrelentingly self-promotional or unrelentingly dull. Raftery works in a third, less frequented lane. His interviews elicit sharp insights, bracing honesty and wild, previously unheard anecdotes (just wait until you hear how Fincher and his Fight Club star Brad Pitt spent their New Year’s Eve).

Raftery threads his many interviews in a more or less chronological fashion, tracing the year’s evolution from January, where the Sundance film festival gave birth to Eduardo Sanchez and Daniel Myrick’s The Blair Witch Project, which would redefine both horror and independent cinema, through December, when Paul Thomas Anderson delivered his holier-than-thou epic Magnolia. In between, Raftery offers salient context for the many artistic leaps forward, looking at how, say, the anxieties of Columbine affected the lingering aftertaste of The Matrix to how the looming Armageddon of Y2K positioned Fight Club as the ultimate movie to watch while the world burned. By lacing his expert reporting with reasoned analysis, Raftery offers a rollicking, thought-provoking look at the inner workings of culture and commerce.

He also offers compelling insights into genre, especially with chapters devoted at the lesser-elevated films of 1999, such as the year’s quintet of teen-targeted hits (American Pie, Cruel Intentions, 10 Things I Hate About You, Varsity Blues, She’s All That) and its pair of dramas examining the contemporary American black experience (The Best Man, The Wood). When critics talk of 1999 today – and again, do we ever – these films are often neglected to the margins of the conversation, if discussed or remembered at all. Raftery deftly corrects this, and in the process reminds us all just why the year was so damn spectacular.

Barry Hertz is the Film Editor of The Globe and Mail 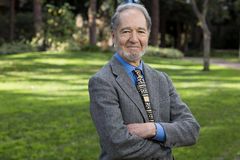 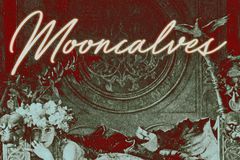 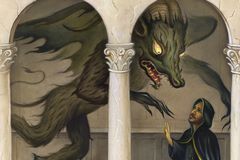