In this strange, surreal summer of crisis and chaos, it’s hard to find something to hold on to – something that sustains. Globe and Mail reporter Dakshana Bascaramurty’s debut, This Is Not the End of Me: Lessons on Living From a Dying Man is that rare life raft. The non-fiction outing tells a simple story – a journalist captivated by a subject – but its wider implications are tailor-made for our moment in history. At its heart, the book is about the messiness of humanity, about deep empathy, about the importance of conversation and connection. Which is to say: it is about the power of storytelling. And it is a relief to read.

In the fall of 2011, the Toronto newspaper writer hired Layton Reid to shoot her wedding in Halifax. He was a lanky, often cheeky photographer, and his work was driven by a refusal to edit out unflattering elements, an approach Bascaramurty instantly recognized and appreciated.

Because the wedding party was small, and because the bride spent much of the day with her photographer – but also because Reid was the emotionally open man he was – the two forged an immediate and intimate bond. And so, a year later when he was diagnosed with melanoma and reached out, Bascaramurty engaged. “He was pleased to find in me someone who asked real, sometimes uncomfortable questions and then simply listened, welcoming silences instead of rushing to fill them with trite platitudes,” she writes.

What followed was a friendship that lasted until Reid’s death in 2017, at age 37, and gave Bascaramurty – and thus, her readers – a front row seat for the process of dying. The result is a portrait of a man who was at once ordinary and extraordinary.

Before he was diagnosed, Reid was something of a restless soul. He travelled constantly, chasing sunshine and adventure and adrenalin, aiming to live and work on every continent (managing all but Antarctica). Reid continually broke up with his long-time girlfriend, Candace, whom he nevertheless always returned to. Though curious and sensitive and loving, he was somewhat detached from his family, his community, any sense of the future.

That changed when he went to a walk-in clinic in Ottawa to have a doctor remove a mole on his back. It turned out to be melanoma.

He and Candace moved home to Halifax, and drew close to his parents, Willie and Phil, and Candace’s mother, Irma. The couple wed and bought a little 80-year-old cottage in the city. (“I’ve spent so much of my life living out of a suitcase moving from one place to the next it’s the first time in a long time I’ve actually been proud of something I own,” Reid mused.) During a period of remission, the couple got pregnant, welcoming a son, Finn, in 2013.

But the cancer returned, and they stared it down for years, adhering to strict juicing regimens, riding waves of treatment, of horror and ugliness. Reid took the moments of normalcy where he could find them – relishing daily runs, fatherhood, family dinners, walks in the park, Jenn Grant albums, endless witticisms. Bascaramurty was there for it all, and in This Is Not the End of Me, she painstakingly documents the details.

Her attention to the minutiae of this man’s life is, in itself, a form of love. It is a way of upholding his mattering, his significance to the wider world. Of underlining the worthiness of his story, and of telling it. Of demonstrating what it means to bear witness.

The writing itself is streamlined, minimalist, and the author keeps the focus on her subject, weaving together information from extensive interviews with Reid’s own writings online and to his wife and son, interjecting herself into the narrative only when necessary. In doing so, we learn much about her – about what Bascaramurty values in journalism, in friendship, and indeed in life.

One might assume that, in this season of health crisis, economic crisis, and profound political unrest, the last thing you’d want to read is a book on death and dying. But strangely the opposite is true. This is a page-turner, an easy read. And, most surprisingly, a balm.

It is a generous book, and one that affirms the humanity of its subject, its author and, yes, its reader. The human condition is complicated and painful and fleeting, This Is Not the End of Me insists, but it is also exquisite. And there are people, Layton Reid and Dakshana Bascaramurty among them, who show us just how beautiful it all is, even in dark and difficult times. People who, ultimately, bring us together. 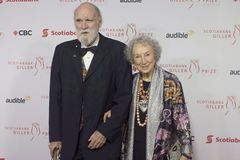 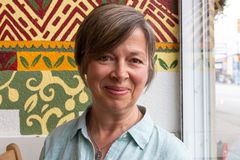 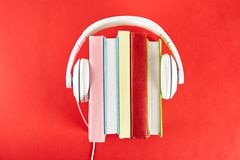