On the 71st page of her new book Fed Up: Emotional Labor, Women, and the Way Forward, Gemma Hartley stops and admits she’s distracted. Too many thoughts whirl around in her brain, interrupting her writing.

There is a birthday dinner with in-laws at a restaurant that afternoon, so Hartley, a journalist and mother of three, has been calculating how early the family will have to leave the house, factoring in traffic. She thinks about her inbox, clogged with unanswered work emails. She looks around to see the house work has piled up, again. It’s an “endless to-do list pinging through my mind,” Hartley writes.

Although modern distraction plagues most people, women chronically experience a more intense mental juggle than men, according to sociologists who have tracked people’s time pressures for decades. Aside from their full-time jobs and the “second shift” of child care and house chores, women also carry another load, dubbed emotional labour. At home, this is the “worry work” of life. It is unseen, unreciprocated and endless.

“I am the person who has all the answers to where my husband left his keys, what time that wedding is and what type of dress code is necessary, do we have any orange juice left, where is that green sweater, when is so-and-so’s-birthday, and what are we having for dinner?” Hartley writes. “I carry in my mind exhaustive lists of all types, not because I want to, but because I know no one else will.”

Even though emotional labour can appear to be a million little, inconsequential tasks, it comes at considerable personal expense to women. Using their time disproportionately for the benefit of others, many get exhausted and grow resentful in their relationships.

The most troubling consequences are to women’s professional and intellectual lives. The writing of Christmas cards, check-in calls to relatives, scheduling of appointments and so on cost women “untold reservoirs of mental capacity that we could be using in ways that serve us, our careers, our lives and happiness,” Hartley writes.

If you’re a woman, Fed Up will likely infuriate. Your attention may float away to the ridiculous requests your loved ones have saddled you with in the past week, month or year. What career goals did they achieve and what leisure time did they enjoy as you played personal assistant?

So far, women’s attempts to delegate their emotional labour have failed: Nagging for help in a “singsong” voice is work in and of itself. What we really need to look at here, Hartley writes, is men.

Her vision is this: Men and women should embrace emotional labour as a valuable set of skills that everyone should develop. After all, to do emotional labour is to care: “I don’t want to give up the work of caring," Hartley writes. "I just want others to care as well.” Knowing how to plan meals or maintain regular family ties will turn men into more confident and capable human beings. It will expand men’s self-worth beyond their careers and model healthier, saner values for the kids, she says.

As Hartley squirrelled away to write this book, her house became a disaster zone. After many frustrated marital conversations about emotional labour, her husband Rob eventually picked up the pace. Children were chauffeured to school, the fridge was stocked and Rob was even helping his wife sort out her schedule. As Rob was left alone to figure it out, his “learned helplessness" evaporated. He graduated to house manager.

Though Hartley’s ask of men is reasonable, it somehow still feels utterly, depressingly unrealistic. In 2018, it remains difficult to envision husbands who will remind their wives to book their annual physicals or pen thank you notes of their own volition. Hartley understands there will be resistance to her push. Critics remind her that men are already light years ahead of their grandfathers. But why stop there? “We can be grateful and still strive for a more equitable relationship,” she points out.

As she asks modern men to make another leap forward, Hartley admits – some 200 pages in – that she’s suffered a blind spot. Women need to evolve here too, and urgently. While the author recognizes that women actually engineer some of their own emotional labour, she doesn’t go deep enough on this hell of our own devising.

Hartley acknowledges that women’s self-worth remains entangled with the state of their homes and their family lives. We judge each other for messy kitchens and disorganized days. Wives and mothers who can afford to outsource any of these tasks to a personal assistant, nanny or cleaner elicit gossip, as if they’re somehow unfairly gaming the system. Fed Up would have benefited from a more rigorous critique of how women do this to themselves and each other.

The author might have devoted more than a handful of pages, for instance, to the social origins and everyday consequences of crippling female perfectionism. Take “gatekeeping,” the habit some women have of policing or re-doing their husbands' work when it doesn’t meet their standards. The book opens with Hartley asking her husband to book a cleaning service for Mother’s Day. Only she wants it done her way: research and vet five services, comparison shop by price and crowd source recommendations from friends on Facebook before finally scheduling. Is this reconnaissance mission really necessary to get your toilet cleaned?

There is a different way forward altogether. An entire literary genre has been devoted to women letting things slide. There was Sarah Knight’s self-explanatory 2015 title The Life Changing Magic of Not Giving A F*ck. In last year’s Drop the Ball: Achieving More by Doing Less, Tiffany Dufu described how she cured herself of “home control disease." She stopped re-doing her husband’s chores and put him in charge of dinner, even though it meant the same stew for an entire month, military style. Author Karen Brody shared her own road to sanity in 2017′s Daring to Rest: no Christmas cards for anyone and dinner on the table at 9 p.m., when she’s ready. The idea is to kick the micromanaging urge and prioritize instead.

While Hartley applauds the efficiency of this approach, she’s clearly unnerved by the letting-it-go part. Why should we be forced to deal with “the discomfort of things left undone,” Hartley pleads. The answer is some women are truly okay with it: The most successful women I know are unapologetic slobs who don’t remember my birthday.

But Fed Up leaves a greater question unanswered. Do the current, harried debates about work-life balance (emotional labour included) merit this much attention as the next frontier of feminism? Or are we navel-gazing? That’s Catherine Rottenberg’s criticism in another thought-provoking new book, The Rise of Neoliberal Feminism. What of fighting for equal pay, reproductive rights and workplaces free of sexual harassment? What of going to bat for women with far worse problems than a husband who forgot to buy milk again?

This was not the final mountain for feminism to climb. If this movement does yield more free time for women, we’d be wise to ask ourselves how we want to spend it – for each other’s sake.

In 2015, Canadian women devoted nearly four hours a day to unpaid work, clocking in 1.5 more hours than men, according to a July, 2018, report on time use from Statistics Canada. Some 61 per cent of women multi-tasked while doing this unpaid work, compared with 40 per cent of men. Think folding laundry, while calling ailing relatives, while watching the kids.

Every day, women spent 54 more minutes on house work than men. Though men were more likely than women to do yard work, repairs and renovations, the report describes this work as “episodic.” The proportion of women who provided care to a friend or adult family member was three times that of men. It showed in their leisure time: Men spent 30 minutes more per day relaxing than women, whose leisure time was divided. Nearly 20 per cent did some combination of chores and care giving throughout their me-time, compared with just 6 per cent of men.

Men pulled in 5.6 more hours a week at their paying jobs than women. “It is important to recognize that the unpaid work done disproportionately by women for their families facilitates men’s higher rate of labour force participation and longer work hours,” the authors wrote. 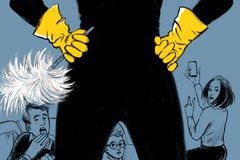 Dave Duncan, 85, was a popular novelist who dreamed up fantastical worlds
November 16, 2018 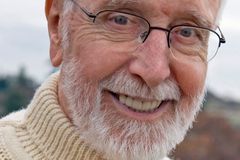