If you’re of a certain age, there’s a good chance you’ve played solitaire. And if you have, you know that some games are unsolvable. By twist of the shuffle, you’re beaten before you start. The fix is in. You just don’t know it yet. Democracy in Canada, the latest offering from public administration scholar and long-time student of Canadian politics Donald J. Savoie tells a story of democracy in Canada that reads a bit like such a game.

At a time when observers are concerned about the state of democracy around the world, Savoie assesses the state of Canada’s core political institutions and finds them in disrepair. Federalism. The House of Commons. The Senate. The cabinet. The courts. Political parties. The media. The public service. No institution is spared critique. The take-away warning is that Canadians must not assume we are immune to democratic malaise and decline; indeed, we ought to set about repairing our institutions.

Assessing the need for repair is easier than doing such work, however, and that’s where we return to our potentially unsolvable game of solitaire. The challenge of Canada’s democratic predicament, Savoie argues, is mostly thanks to the 19th-century architects of Confederation, especially John A. Macdonald, who produced a Constitution that tried to shoehorn the country into a unitary state based on off-the-shelf institutions from Britain (instead of “home grown” varieties). Confederation was foisted on Atlantic Canada as a scheme “born to break the political deadlock between Canada West and Canada East” that divided Canada between English and French well before 1867 and still does today. Canada is cursed with institutions incapable of managing contemporary challenges, especially regional ones. We’ve dealt ourselves a bad hand.

The thesis of Democracy in Canada relies on the arguments that "Canadian society has evolved since 1867, but the basic outline of our national political institutions has not” and “these institutions still lack the capacity to accommodate regional circumstances and regional equality.” Savoie builds a persuasive case that patchwork and inequitable approaches to managing regionalism threaten the well-being of Canada’s political institutions. Observers would be hard-pressed to point to a decade in which the country wasn’t in the grips of some sort of regional kerfuffle or crisis.

Savoie points to the Senate as one possible remedy – reordering it along regional lines as it might have initially been cast in 1867, but for Macdonald’s efforts to hamstring the provinces and turn the Red Chamber into a den of “sober second thought,” instead of one for regional representation. He also argues that our institutions are insufficiently inclusive and accountable and that Canadians perceive them as such, which undermines trust. Again, he’s on to something. But there’s more to the problem.

The volume runs nearly 500 pages with notes and index, but few of those pages sufficiently deal with other cleavages and challenges – beyond regionalism and the centralization of power – that shape Canada and its politics. There are other struggles. They are battles of identity (race, gender, religion, sexuality); class (the wealthy and everyone else); and generations (the boomers, Gen X, millennials). Indigenous identity and politics also get limited attention outside of a historic overview. The rise of a generation of Indigenous activists, artists, scholars, politicians and professionals who are pushing back against continuing colonialism ought to be given full treatment.

The global order, too, matters a great deal to democracy in Canada but gets little attention in this book. You cannot understand institutions in Canada without sufficiently addressing international trade, defence alliances, challenges to the liberal world order and the return of populism in both grassroots and authoritarian moulds at home and abroad – especially in the era of Donald Trump and Brexit.

In the 19th century, French aristocratic historian Alexis de Tocqueville surveyed the state of self-government in the United States with Democracy in America. Savoie takes the title of this volume from that effort. Like de Tocqueville’s, Savoie’s outing – written 185 years later – offers a valuable but incomplete assessment of the state of a democracy in a complex country. In this case, however, we are left wondering whether our hand of solitaire is solvable. But that isn’t Savoie’s question to answer alone. It’s up to us to figure out, card by card. Donald Savoie: Why Canada’s public service is declining and why it matters
May 12, 2018 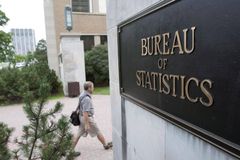