There is no part of the adult experience, once you’ve arrived, that television and the movies have not lied about: exercising, city apartments and wedding speeches. And nowhere is this more apparent than during the university and college years.

“Hey, Black Wonder Woman” shouts a white guy dressed as Woody, the Tom Hanks-voiced cartoon cowboy from Toy Story, at Eternity Martis as she and a friend as they make their way to a first-year Halloween party at Western University. (First of all, Tom Hanks would never.) Martis is dressed as Wonder Woman but, crucially, she is not masquerading as Black. Continuing to inch their way to the party, Martis and a friend are met with racist taunts about their costumes.

That is the tamest of racist incidents that night. In one moment, three white students wearing blackface silently menace the only racialized students at a bar. For Martis, this sets the scene for four long years; she writes, “My illusion of safety was shattered, and a feeling of deep discomfort made its permanent home inside me.”

They Said This Would Be Fun is part-memoir, part-tool kit for survival. Survival guides written for token students close out every few chapters as Martis pulls back from harrowing stories of oppression to let you laugh. As the token student of colour in a dorm, she writes, “you will break into a cold sweat every time you need to do a number two.”

10 recent books on racism in Canada and the U.S.

In one chapter, she notes how white students take up spaces on sidewalks and seem decidedly aggrieved that they should, perhaps, maybe, not. “When white kids refuse to make room for you on the sidewalk, do not step off,” she advises, “Jim Crow South etiquette is over.”

It is ultimately a book about surviving not only majority white space, but especially hostile white spaces. In London, Ont. (where Western University is based), the city’s racial tensions have simmered, regularly boiling over, at least since former enslaved people began arriving in the mid-1800s. The past decade has brought in more immigrants and, not coincidentally, an uptick in white violence. The city ranks among the top ten in Canada for police-reported hate crimes.

It is in this environment that Martis begins to take her first steps to adulthood. Toronto, she notes wryly, had obscured for her whiteness, its fragility and how deeply scarring racial violence can be.

Her family too had long given her some distance from racism. Born to a largely absent Black father and Pakistani mother, Eternity Martis crossed genres at birth. Although the external world sees her Blackness, her Pakistani family generally demurs when until Martis pushes them to see her fully, as well as the anti-Black racism that shapes how the world sees her.

Knowing that the outside world does not understand the intricacies and delights of her multicultural upbringing, she insists that her survival requires an expanded racial sanctuary at home.

There are drawbacks to demanding to be seen. Visibility does not equal or engender empathy.

In her third year, a white male student – accompanied by another white man – begins yelling racist and gendered insults at Martis and her boyfriend, Amir, as they walk past the school’s Student Centre. The man’s friend pulls him away and Amir, a taxi driver, pulls her away, too; he is nonplussed, used to racial attacks from within his taxi. Martis is less able to forget. Driven by the school’s anti-discrimination policy, she files a report. Days later, an officer tells her there are no cameras and the man cannot be identified.

In the academy, to be seen is to be viewed through a fun house mirror, distorted and made invisible all at once.

Of the incident, she writes, “The one time I had asked for help, nothing could be done.”

Misogynoir, coined by feminist scholar Moya Bailey, describes the gendered and racial violence that envelops Black women. For Martis, the violence of racism traps her in a relationship of violence with Joshua, an Asian man. For her then-partner, racism permits the erasure of the violence he is perpetrating.

The stereotype of the Black woman as “angry, defensive, indestructible, physically and emotionally unbreakable” stands in contrast to that of her abusive boyfriend’s as “the effeminate Asian man – submissive, passive, non-threatening …” Neither is true, of course, but both are used to deny the reality of the danger she is in. Nothing can be done.

The evolution in the conversations around consent and sexual violence has been slow to catch up to Black women’s reality. In the time that Martis and I went to university, the notion of affirmative consent felt a world away. “Hookup culture” was why women were hurt and raped. In the conceptualization of this culture, violence was just what happened between two young people out in the world for the first time. To ask for more accountability from a man, in this framing, would be considered unfair. All parties were to blame, but especially women – for, as Drake might say, wearing less and going out more. Feminists fought back by calling it what it is: rape culture – a consequence-free environment in which some people rape.

Martis connects her own experiences of gendered violence as a university student with the broader culture of impunity for perpetrators on university campuses. Just as the increasing diversity of some cities is met with racial terror, an expanded conversation on gendered violence has been met with severe pushback. Hashtags such as #ProtectOurBoys and gag orders imposed on assault victims by universities are, she says, part of the pervasiveness of rape culture.

“This culture has created monsters,” she writes. Now, there are zero-tolerance policies and unconscious-bias workshops. Yet there are still, somehow, monsters.

The most striking quality of Martis’s book is how she shreds the idea of university years as carefree.

Where some are carefree, Martis sees cruelty and carelessness – the professor pointing to Black students to “teach” Blackness, the white friends slipping into Blaccents, the sexual partner who says he is “into Black girls” but equally casually says he “could never marry one.”

It dawns on her, abruptly and repeatedly, that she does not have the freedom to not be hurt. What she’s left with then are the skills to survive and to help others. She sees this world’s violence and gives you a guide for laughing in its face. 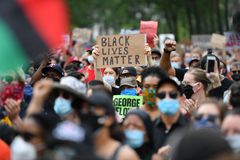 'I did not see these stories being written’: Lorna Goodison, winner of the Queen’s Gold Medal for Poetry, looks back on a 40-year career as a poet
May 22, 2020 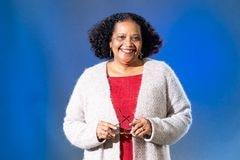