On the decks of a merchant ship – the Morning Light, out of Yarmouth, N.S. – an extraordinary transaction takes place. Just off the Pacific island of Pulo Anna, a group of men have rowed out to the ship from their island nearby to trade with the ship’s crew. They are thin, repeating over and over “poor, poor,” determined to sell their shells for tobacco. Somehow, what is exchanged instead is one of their own: a seven- or eight-year-old boy named Aren, sold to the Captain’s wife for the price of four pounds of tobacco … negotiated down from five.

This scene – based on a true story that Marina Endicott’s piano teacher told her as a child – comes 150 pages into The Difference. Thus far, this has been a novel of nautical adventure, tracing the journey of Kay Ward and Thea Grant, half-sisters sailing the world on the latter’s husband’s ship. That Thea – a woman of faith, a teacher, a dutiful daughter who put off marriage to raise her younger sister – would impulsively make another woman’s child her property is both a shock and, somehow, not.

There’s the context, of course: It is 1912, and these are middle-class white people who believe their duty is to help those with less than them, and in Thea’s eyes, this starving child is surely among “the least of these.” She has also just had two miscarriages, and begins to despair of having a child of her own. And then, of course, there are the other children: the ones in the Anglican school her father ran in northern Alberta. The ones she taught after they had been taken from their parents. The ones whipped for speaking their own language. The ones who died that long, cold winter.

Whatever Thea’s motivations – and Endicott does a masterful job of subtly drawing out both hers and those of other characters – her decision to “adopt” Aren is the pivot around which this exquisite novel turns. And it is exquisite: In its prose, which brings the bowels of a ship and the breezes of the South Pacific alike alive in delicate, evocative descriptions; in its balancing of light and dark, deftly balancing sly humour and dark undercurrents of sorrow; and in its intelligence that allows a slow-moving, measured plot to feel like a delight instead of the doldrums it might have been in less skilled hands.

If I have a criticism, it is of the novel’s title. The Difference is, frankly, too heavy a didactic hammer for a novel whose greatest strength is its subtlety and its comfort with blanks-left-unfilled. Trust me, you’ll realize it’s a novel that’s obsessed with exploring ideas of difference – why we treat some people differently, how it feels to be different and what it truly means to “make a difference” – without this title leading you up that philosophical path.

This, however, is a small thing in a book that barely puts a foot wrong over its 400 pages. It is one of those very, very rare books: It breaks your heart (over and over), is heavy with sorrow and has no neat endings or answers – and yet, it also opens you up to wonder, making you yearn to know more, see more and love more. And that, I suppose, is its real difference.

How 74-year-old Pete Townshend juggles a book, an opera and a new Who album
Subscriber content
November 8, 2019 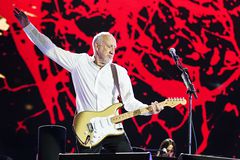 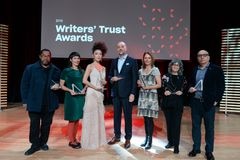 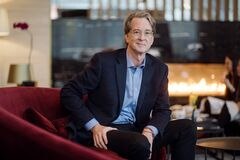