Following Andrew Scheer’s federal election loss last October, pundits laid at least partial blame on his palpable uneasiness toward homosexuality – his unwillingness to march at Pride, his strained circumlocutions when discussing gay marriage. Scheer’s discomfort, commentators suggested, arose from his Catholicism, reinforcing an association held by many Canadians: Christianity and anti-queer intolerance. Yet, look to Scheer’s political left and you’ll find an entirely different, if less publicized, relationship between faith and sexuality. Justin Trudeau, a Catholic, and Elizabeth May, an Anglican, were enthusiastic Pride marchers. What gives?

Such a question invokes the dinner-party-verboten topics of religion and politics, and this is the perilous terrain Michael Coren explores in Reclaiming Faith: Inclusion, Grace, and Tolerance. Coren, once a conservative Catholic writer and broadcaster celebrated by the religious right, several years ago made an about-face and repudiated his community’s opposition to gay marriage, embracing Anglicanism and writing of the experience, which involved denunciation aplenty from conservative Christians, in his 2016 book Epiphany. Reclaiming Faith’s title signals Coren’s prime aim: to wrest back from the religious right the power to define faith’s meaning in the public square. Media fixation with Scheer’s brand of conservative Christianity, Coren claims, gives everyday Canadians a distorted sense of Christianity’s true meaning. To Coren, this true meaning has nothing to do with intolerance and everything to do with acceptance and love.

The Jesus of Coren’s authentic Christianity is, to use modern-day parlance, less an alt-right Trumper than a social-justice warrior. Indeed, this Jesus is a left-wing revolutionary committed to aiding the poor, battling entrenched power and welcoming the marginalized. His egalitarian agitation leads to him being branded a criminal and executed by the highest powers in the land. Nowhere in scripture does he speak of homosexuality or abortion. Instead, he speaks of helping the destitute and cherishing outcasts. If he were voting in the Democratic primaries, he’d likely opt for Warren or Bernie, although one suspects he’d rather topple the two-party system altogether.

How, then, has this fundamentally revolutionary message been hijacked? Coren sketches a network of prisms that distort authentic faith. There’s Coren’s primary bugbear, a religious right comprised of conservative Catholics and Protestant evangelicals who twist scripture to intolerant ends, focusing myopically on a small number of Biblical passages while ignoring the rest. There are the politicians who mobilize such faith – some of them, such as Scheer and Jason Kenney, spiritually serious adherents; others, such as Doug Ford and Donald Trump, non-adherents who opportunistically court the religious right.

There are also the media outlets that amplify extremist voices, encouraging the illusion that these voices represent Christianity in general. And, finally (and perhaps most damningly), there’s what Coren describes as institutionalized Catholicism’s resistance to change. (Among the book’s more eye-opening sections for non-Catholic readers are those that question Pope Francis’s progressive reputation.) These forces encrust themselves upon Christianity’s innately progressive core, warping its meaning in the public eye. Reclaiming Faith’s project is to recuperate this core and its galvanizing political force.

Coren pursues his task with a convert’s zeal. If Epiphany recounts the introspective process of changing one’s mind, Reclaiming Faith critiques conservative Christianity and its role in Canadian politics in the public voice of the op-ed – smart, punchy, often witty and calibrated to convince. Its voice is unsurprising, since the book is actually a collection of columns published by Coren since 2015 in outlets such as The Walrus, Maclean’s, the Toronto Star and The Globe and Mail.

This structure has both strengths and drawbacks. On one hand, the columns’ topics are bracingly eclectic, ranging from the local (Ford’s election campaign, the legal wrangling over Trinity Western University’s proposed law school) to the global (overseas religious persecution, the fraught process of making someone a saint). Essays of the latter camp broach such startling claims as that Mother Teresa was far from wholly good and that the Catholic church is in fact the world’s largest employer of gay men. On the other hand, because the columns were originally written as self-contained units, arguments occasionally repeat themselves. Luckily, Reclaiming Faith is an ideal book for reading disjointedly, with the reader free to dip into one argument before leaping to something entirely different.

Our era’s intensifying political polarization renders this book a unique document. Because some aspects of Coren’s argument – namely, the need for LGBTQ equality – are merely commonsensical to most Canadians, there’s a risk that Reclaiming Faith will wind up preaching to the politically, if not spiritually, converted. Yet, what may be most significant about Reclaiming Faith is its status as the product of a changed mind. Amid the calcifying oppositions of our continuing culture wars, a changed mind is a remarkable thing. Coren’s essays not only remind us that at least some minds can be changed, they supply us with incisive tools for doing so. 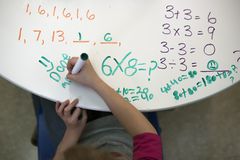 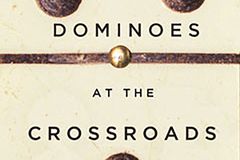 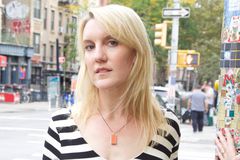