On a placid June morning two years ago, I embarked on a creative and spiritual voyage into the abyss that began by swallowing a potent cup of liquid LSD. The initial effects were almost identical to Mike Jay’s lucid and vivid descriptions of mescaline on the body and the brain in the opening pages of Mescaline: A Global History of the First Psychedelic.

That is: “dizziness, fullness in the head, nausea, time distortion, a rainbow sheen of visual trails, hyperventilation, an uncanny sense of double consciousness, auditory hallucinations, ineffable cosmic insights, a lazy euphoria, a pounding heart and the immanent presence of the sacred.”

Previous convictions I held about my own mind and the universe being sane rational entities dissolved without warning. The Soviet memorial park in East Berlin I found myself wandering around in, like a lost child, transformed itself into a postlife Garden of Eden that appeared to possess a utopian divine perfection one only reads about in sacred scriptures. But then my trip took a nosedive toward the gates of hell. Unlike most other recreational drugs, psychedelics don’t just reward the brain with dopamine. They expand consciousness. Thus feelings of serenity, peace, euphoria and clarity are just as likely to cross paths with terror, paranoia, fear and mental paralysis.

When the Swiss scientist Albert Hofmann synthesized LSD in a laboratory in 1943, he recognized the similarity of its action to mescaline. However, as Jay clarifies here, the significance between the two drugs is LSD’s extraordinary potency, which “is 5,000 to 10,000 times more active than mescaline.”

It’s almost impossible to speak about the 1960s counterculture psychedelic revolution, Jay stresses, without mentioning mescaline and LSD in the same sentence: Both drugs profoundly alter how one thinks, feels and perceives the metaphysical reality around oneself; both tap into a Jungian shadow self and dual personality, and both were used in numerous postwar medical experiments in the United States to investigate complex mental pathologies, such as schizophrenia. Some of these secret state-funded trials, Jay notes, also had close links to the MK-Ultra “mind-control” experiments run by the CIA, which began cynically pondering how psychedelic drugs could be used to instill fear within a population.

Jay concentrates most of the content here on the history of the psychedelic alkaloid mescaline, and its subsequent influence on Western culture. The first use of the drug, he notes, can be traced to a South American culture called Chavin or Early Horizon, dating back to 2700 BC. Mescaline itself comes from a San Pedro cactus plant located high in the Andes Mountains. San Pedro and peyote cacti remained a prominent feature of pre-Hispanic civilization in the highlands of southern Peru and Bolivia, where they encouraged movement and were commonly used in Indigenous cultures to drive celebrants through all-night communal dance ceremonies. Today, the plants are still used for traditional healing in the region.

It’s hardly surprising that artists, writers, philosophers, painters, poets, thinkers and mystics have naturally gravitated toward psychedelics. After all, they recreate fragmented and uncertain psychological states that very closely mirror the fundamental principles of romanticism: where entering into a dark sojourn with nature and the irrational parameters of the unconscious is not so much meant to be understood or analyzed as experienced for its own sake.

This is the central argument running through Jay’s compelling thesis, which attempts to look at the spiritual and artistic benefits of mescaline from a cultural understanding above and beyond the limited constraints of the Western mind and modernity: The latter has placed humankind under an invisible chain of conformity, which views the individual as a single unit with a potential for reproducing capital, but where the scope for exploring the religious, the mystical or the ritualistic has been well and truly eliminated. 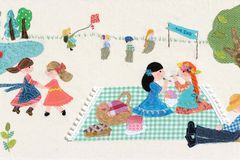 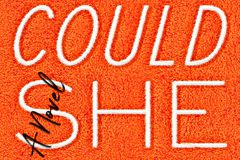 Two countries, one award-winning author: What does being bi-national mean for immigrant literature?
Subscriber content
July 2, 2019 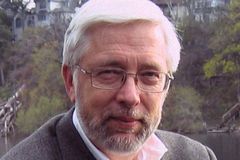