I recognize that books about the Holocaust might not fit with a lot of people’s ideas of summer reading material. My personal patterns are different. Rather than light and fluffy beach reads when I have time off, I like to go deep and dark. I find the summer is one of the few times I have the bandwidth to devour a good book for fun, as opposed to for my job (well, maybe “fun” is the wrong word in this instance).

In recent weeks, I have ploughed through a pile of books about the Holocaust (I am writing one, as well), including three by Canadian authors that really stood out. Even with all that I have read and know about this difficult topic, these books – memoir, history and fiction – revealed new information, offered new perspectives and proved to be important additions to the Holocaust literary canon. I recommend them all – to read this summer, or whenever.

Nothing the Same, Everything Haunted: The Ballad of Motl the Cowboy, Gary Barwin (Random House Canada) This is a novel steeped in history and truths – and ingenuity. Hamilton-based author Gary Barwin weaves historical Holocaust research with family stories (his grandfather was a Holocaust survivor from Lithuania) and the discrimination faced by Indigenous people in North America. It sounds like a stretch – and it is – but Barwin draws these parallels with his signature literary prowess. He makes it work with lively characters, vivid scenes and delightful wordplay. The result is highly entertaining.

The story, set in 1941, concerns Motl, a middle-aged Lithuanian Jew with a deep appreciation for Western novels (something he has in common with Hitler). On a quest to retrieve his manhood (literally) from Switzerland, Motl faces serious obstacles, including “Nazis, armed Lithuanians, major potholes and the unexpected.” The Nazis are rounding up Jews such as Motl and murdering them in the most horrific of ways: making a rabbi dance naked in the flames of burning Torahs in Vilnius, for instance. Along the way, Motl meets Esther, another Jew who has managed to survive the Nazi massacres.

They push west, having been assigned to deliver a package to the notorious SS leader Heinrich Himmler in Berlin. They encounter many characters, including a group of “Indianers” – Poles pretending to live as Indigenous North Americans. They also meet an actual Indigenous researcher from the University of Toronto who has been stranded by the war after going to Poland to study the Indianers. (“Why? Back home they prefer white people to write about the Indigenous. You know – experts. I mean, what would we Oneida know?”) Along the way, Motl, cowboy wannabe, realizes he has a lot more in common with their paperback fiction foes.

An adventure story set in horrific times, this novel manages to be darkly funny and packed with wisdom. “The past: It’s always here, just distributed unevenly,” the narrator observes.

The Light of Days: The Untold Story of Women Resistance Fighters in Hitler’s Ghettos, Judy Batalion (William Morrow) Meticulously researched, this tome is a major addition to what we know about Jewish resistance during the Second World War. Judy Batalion spent years with diaries and testimonies to uncover and cross-check details – and the book is packed with them – of the brave actions of young Jewish women.

In 2007, Batalion, who grew up in Montreal, requested a stack of books about women’s history from the British Library; on the bottom of the pile was a book of nearly 200 pages of tiny Yiddish script – a gold mine. Freuen in di Ghettos (Women in the Ghettos), published in New York in 1946, was filled with stories of unknown young Jews who fought in the resistance, mainly from the Polish ghettos. Thus began the research project of a lifetime for Batalion, who comes from a family of Polish-Jewish Holocaust survivors.

When it came to operating in disguise as Christian Poles, these women had to take on the acting job of their lives. But they had a big advantage over their male counterparts, who would be immediately found out as Jews during the “pants-drop” test, because they were circumcised. Women smuggled food into the ghettos, warned Jews of the massacres that were taking place, created and distributed fake identification documents, found hiding spots for Jewish children, committed acts of sabotage and physically fought the Nazis. “A woman is fighting!” German soldiers screamed in disbelief during the Warsaw Ghetto Uprising.

Ruzka Korczak hiked 40 miles through the forest in the freezing cold with a group of men to blow up a German munitions train. Bela Hazan got a job as a translator for the Grodno Gestapo, then used her Gestapo ID to travel and create fake documents for other Jews. As deportations began in the Warsaw Ghetto, Zivia Lubetkin – who would later participate in the uprising – was part of a group that set fire to abandoned houses and warehouses filled with goods looted from deported Jews. “We rejoiced as we saw the reflection of the revenge that was burning inside us, the symbol of the Jewish armed resistance that we had yearned for, for so long.”

I found the narrative difficult to follow at times; the women seemed to blend together and I was having trouble keeping everything straight. But thanks to Batalion’s thorough research, these heroic women (and men) are finally getting this important recognition, long overdue.

Plunder: A Memoir of Family Property and Nazi Treasure, Menachem Kaiser (Houghton Mifflin Harcourt) Growing up in Toronto, Menachem Kaiser heard stories about his father’s father, a Holocaust survivor who died before Menachem was born. But details were scant. He didn’t even know where his grandfather had lived – Sosnowiec, Poland – or that his Zaidy (grandfather) – the only member of his family to survive, had engaged in a thwarted effort to reclaim the apartment building his family had owned there before the war.

On a trip to Poland in 2010 for unrelated reasons, Kaiser starts asking a few questions. Then he goes to Sosnowiec and tries to find the building – a quest which becomes an access point to the grandfather he never knew. The story takes off from there. Through remarkable and frustrating twists and turns, Kaiser tries to navigate the country’s legal system with the help of a velour-tracksuit-wearing lawyer known as “the Killer.” (At one point, the court asks Kaiser whether his family members’ deaths were connected in any way with the war. “Yes. What? Yes,” he responds.) The journey takes Kaiser to unexpected highs and lows – the lows literally, as he becomes acquainted with Nazi treasure-hunters who spend a lot of time in Nazi-built underground tunnels (well, it was their Jewish slaves who did the actual labour).

So much more than a story about trying to find lost property, this memoir is a thoughtful and at times devastating page-turner by a self-aware and deep-thinking writer who is also very funny (the humour works, in spite of the subject matter). This is as satisfying as such a story – with so many questions and nobody left to answer them – can possibly be.

Book Review
Ed O’Loughlin’s This Eden is set against a backdrop of hacktivism, cryptocurrency and surveillance
Subscriber content
June 15, 2021 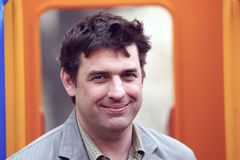 Book Review
Glenn Greenwald’s Securing Democracy, on covering corruption in Brazil, is a timely reminder of the fragility of democracy
Subscriber content
June 11, 2021 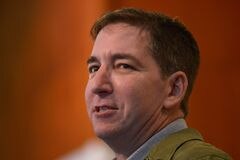 Book Review
Catherine Fogarty recounts the Kingston Penitentiary riot in her book Murder on the Inside
Subscriber content
April 21, 2021 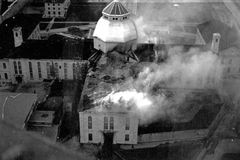