This Wednesday, Canadian filmmaker Norman Jewison turns 95 years old. And if author Ira Wells had his way, July 21 would be marked as some sort of national holiday.

Wells, an assistant professor of literature at the University of Toronto, is the author of the new biography Norman Jewison: A Director’s Life, an exhaustively researched look at the career of the country’s most prolific, but least understood, filmmaker. The book is an ambitious, and frequently essential, endeavour: the only published work to thoroughly trace the impact, influence and legacy of Jewison, a director who always seemed just on the cusp of the canon. (Globe and Mail film critic Jay Scott worked on a biography in the late 80s before passing away, while Jewison wrote his own memoir in 2005.)

In 24 feature films produced across five decades, Jewison displayed remarkable range. He could make a wild farce (1966′s The Russians Are Coming, The Russians Are Coming!) just as well as a character-driven thriller (1965′s The Cincinnati Kid), a go-for-broke musical (1971′s Fiddler on the Roof), a stirring legal drama (1979′s … And Justice for All), a fizzy heist flick (1968′s The Thomas Crown Affair), a screwball rom-com (1987′s Moonstruck) and a sci-fi whatchamacallit (1975′s Rollerball). He was adored by critics, audiences and the Academy Awards – sometimes, even, all at once.

But what, exactly, does a “Norman Jewison film” mean, in the same way that audiences can immediately identify his contemporaries (Stanley Kubrick, Mike Nichols, Roman Polanski), his collaborators (Hal Ashby) or his countrymen (David Cronenberg)?

In more than 400 pages, Wells attempts to argue for a unified cinematic theory of Norman Jewison – a goal that, despite the author’s best intentions, seems just out of his (and history’s) grasp. The strongest through-line might be that Jewison, as an artist, views the world through a social-justice lens – that filmmaking should ultimately seek to change the way the world works. There’s compelling evidence for this argument in the director’s most searing race-centric dramas: 1967′s In the Heat of the Night, 1984′s A Soldier’s Story, 1999′s The Hurricane. That, plus the fact that Jewison’s filmography dovetailed with the progression of North American society almost seals the do-gooder case. The man was, without fail, on the side of the angels.

But contradictions, or at least distractions, abound. As Wells follows Jewison’s career in slow, careful, chronological fashion, the author discovers a filmmaker who was as much a progressive force in Hollywood as he was a pawn to its arbitrary, sometimes conservative, always financially driven machinations.

Projects that appealed to the director’s politics (such as adaptations of The Confessions of Nat Turner and The Autobiography of Malcolm X) fell apart not only due to societal and business forces, but also Jewison’s refusal to have his liberal ambitions even gently questioned. He constantly belittled Hollywood’s mainstream instincts, yet also took on the safest and most disposable of projects (1982′s rom-com Best Friends, 1994′s Only You). Jewison made films, and was constantly afforded the opportunity to do so, because he was very, very good at it – and only sometimes did this fact coalesce with his artistic and political desires.

Not that Jewison wasn’t highly aware of what his legacy might look like. Self-doubts, fits of frustration, escapes from Hollywood (both physical and metaphorical): If there is one constant that readers will discover through Wells’ book, it is that Norman Jewison was never happy with whoever Norman Jewison was.

His actors, though, seemed to know. As Wells collects anecdotes from the likes of Steve McQueen, Sidney Poitier, Cher, Al Pacino, Jane Fonda and Denzel Washington, a more solid Jewison consensus emerges: the man knew how to handle stars. The director had a true talent for meeting performers on their level, and playing whatever part he needed to wring the work that his films required. He could be an actor’s best friend, their psychiatrist, their sparring partner, their confidante. And they loved him for it. By digging deep into myriad archives, Wells compiles the most unexpected document that a filmmaker could hope to receive in their lifetime: universal adoration from the most difficult and spoiled people on Earth.

If Wells’ biography comes alive through his painstaking thoroughness, though, it should risk death by the same measure. While readers get a detailed look at Jewison’s personal history – from his working-class upbringing in Toronto to his lifelong mis-association with the Jewish faith (he’s actually Protestant) – there are moments where the omissions or elisions are staggering.

For instance: Jewison’s long friendship with casting executive Alice Lee “Boaty” Boatwright is given pages and pages of attention in early chapters, including several excerpts of personal correspondence that hint at a deeper connection than is articulated by Wells. But then Boaty’s status in Jewison’s world is dropped without update or resolution. So much of the book’s first half is also careful to include details of Jewison’s family, including work-life tensions during his days bouncing around the New York television world. But then as Wells gets closer to the early aughts era of The Statement, the director’s final film, the author speeds through everything not related to the movie business. The passing of Jewison’s first wife, Margaret Ann “Dixie” Dixon, after 54 years of marriage seems to be an afterthought to Wells.

And then there is this supremely curious late-chapter paragraph, in which Wells writes that, “If Jewison had, over the years, privately invoked a version of [Moonstruck character Ronny’s] carpe diem philosophy to excuse his own sexual escapades, the ending of Moonstruck was like an apologia [to Dixie].” The line drops like a whisper-quiet bombshell, given that Wells didn’t detail any such salaciousness in his preceding 344 pages.

Then again, you get the sense with A Director’s Life that if Wells was never given some sort of page limit by his editor or publisher, he just might keep going and going. In that relentlessness, he shares a tendency with his prolific subject. As Jewison’s daughter notes in the book’s final line, “He just never stops.” 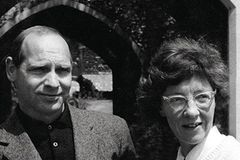 Book Review
Quentin Tarantino, literary star? Once Upon a Time in Hollywood: The Novel delivers meaty piece of meta-pulp
July 8, 2021 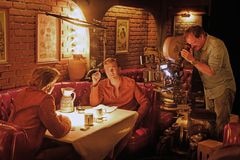 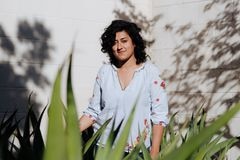