Theory of Bastards, by Audrey Schulman – the Canadian-American author of, most recently, Three Weeks in December – is a novel of ideas (awkwardly) wedded to a postapocalyptic thriller. Contrary to what one might expect, the story’s first half, with its heady subject matter and infinite trajectorial possibilities, is what proves spine-tingling, whereas the second half’s narrowing into a tale of survival goes the way of standard genre fare.

The novel’s title refers not to the reasons so many men behave badly, but rather to the original meaning of the term “bastard”: a child born out of wedlock. The protagonist, Francine (Frankie) Burk, is an evolutionary psychologist focused on comparing women’s selection of sexual partners to that of females from another family of great apes, bonobos. Bonobos, you see, “are as close as you can get to a living version of early humans.”

Frankie wants to know why women sometimes secure impregnation on the sly by a man other than their usual partner and subsequently carry a “bastard” baby to term, and also whether female bonobos, despite their promiscuity, secretly gravitate to a particular potential mate when ovulating. With virtually all species, of course, “[i]t’s the females who are selective. What they desire has a huge effect.” Well, do some women want kids with different fathers for genetic reasons? Meanwhile, do female bonobos experiencing ovulation seek out peaceful males?

Schulman’s third-person narration portrays bonobos (who are matriarchal), humans (mostly patriarchal) and the world at large from Frankie’s unique perspective, an approach that serves to draw the reader into her academic pursuits. The author also wisely ensures that her protagonist isn’t reducible to sedulous observer of female bonobo mating habits. For example, Frankie is recovering from a hysterectomy; to lay bare the debilitative nature of her recently ameliorated condition (endometriosis), and also to explicate aspects of her research on human relationships, Schulman periodically delves into the 33-year-old’s backstory in New York.

In the here and now, Frankie, originally from Hamilton, Ont., but a resident of NYC since the age of seven, must acclimate to life in rural Missouri, home to “the Foundation,” a research institute that doubles as a zoo. She’s also busy grappling with her attraction to Stotts, a specialist in primates’ use of tools who facilitates her interaction with the bonobos. “Stotts would stand out in a crowd, like a fox in a group of Pekingese. Alert, coiled and capable.” He’s also, alas, married.

At first, the only apparent reason for Schulman’s decision to set the tale in the near future is a desire to nudge humanity’s growing reliance on technology to its (logical) extreme. In Theory of Bastards, an advanced form of the internet – called “the Quark” – is inside us, thanks to body implants, and can be viewed by means of special contact lenses. However, approximately halfway through the novel, when a monster dust storm blows into town, the author’s larger intention becomes clear; the storm necessitates the evacuation of all but a skeletal staff at the Foundation, fouls up the indispensable Quark network, and plunges everyone into a dysfunctional world devoid of the digital. When water and food inevitably run out, Stotts and Frankie leave the Foundation to wander the desolate countryside, 14 bonobos in tow.

This makes for a jarring and unnecessary turn of events. Perhaps Schulman despaired that the cerebral underpinnings of Theory of Bastards wouldn’t sustain the novel in its entirety. In other words: When in doubt, ramp up the action. Yet despite admittedly hair-raising scenes (as when our peripatetic band must fend off hostile chimpanzees also released from the Foundation), the blossoming of a physical relationship between Frankie and Stotts, and an intriguing question hovering over the proceedings – how would we evolve were the world around us to devolve? – the general scenario emerges as rather too familiar, and therefore more than a little disappointing.

So much so, in fact, that the novel’s most exhilarating feature remains the putatively bland matter of academic research (adapted from real-life studies that Schulman dutifully lists in an appendix) on Frankie’s part, together with her musings. No amount of edge-of-your-seat-style thrills in the second half can beat Frankie’s earlier experiences: taking up a daily observation post in the bonobos’ jungle-like glass enclosure after obtaining permission to enter from “Mama”; carefully recording several females’ desire for the male “Sweetie” when they’re ovulating; and participating in Stotts’s efforts to teach “Goliath” how to transform stones into tools.

And, fittingly, it is Frankie’s take on the “benefit in having the lover’s baby rather than the husband’s” (in other words, the theory of bastards) that both gives the novel its title and marks the culmination of Schulman’s quixotic yet surprisingly successful attempt to fashion the scientific study of human and bonobo sexual preferences into enthralling fiction.

Rayyan Al-Shawaf is a writer and book critic in Beirut. His debut novel, When All Else Fails, is forthcoming from Interlink Books.

Book Review
Review: Ben Fritz’s The Big Picture dissects the age of the easy-to-sell blockbuster
May 8, 2018 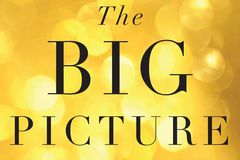 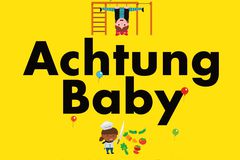