A year after the death from poisoning of the former Russian agent Alexander Litvinenko in 2006, a man in his late 60s was rushed to hospital, fighting for his life.

His name was Oleg Gordievsky. He lived under an assumed name in a quiet part of Surrey, England, aware as he fought the poison in his body that he had been earmarked for assassination because of his work some two decades earlier.

As a younger man, Gordievsky had been busy, leading a double life as the rezidenti, the KGB bureau chief in London, while revealing all of Moscow’s secrets to his other employers, the British government. So sensitive was the information flow he created, not even then-prime minister Margaret Thatcher knew his identity, only his work.

Portions of Gordievsky’s life have been retold since his dramatic escape from the Soviet Union in the 1980s, but only now, with publication of Ben Macintyre’s The Spy and The Traitor, do we get the full meaning of the Gordievsky file.

Fans of Macintyre’s previous non-fiction accounts such as Operation Mincemeat and Agent Zigzag will pounce on this latest offering. It carries all the qualities of what Macintyre has so justly become known for – precise research leading to even-handed assessments, and, where possible, using first-hand accounts to reduce the level of speculation that is otherwise so enticing to those attempting to understand the past.

The Spy and The Traitor represents Macintyre’s finest work to date and has the makings of an instant screenplay.

The recent poisoning cases of Sergei and Yulia Skripal remind us of the long tail that continues to wag long after the official end of the Cold War, a time when the world split in two. (The start of the Cold War can be timed to an event more than 70 years ago when Igor Gouzenko defected from the Soviet embassy in Ottawa days after the end of the Second World War. He revealed a global network of spies acting against Western interests, forcing a Royal Commission to study the implications.) In the 1960s, a Soviet double agent, Kim Philby, defected to Moscow, leading to the deaths of his colleagues and destroying the British spy network against Moscow’s interests. Britain spent 20 years licking her wounds, determined for revenge. It came in the shape of a keen cross-country runner and increasingly senior KGB officer, Oleg Gordievsky.

As with all stories about spies, the “wilderness of mirrors” produces mind-bending echo chambers of distrust. Jealously protective, the British wouldn’t tell their American allies the identity of their mole, so the Americans stuck their head of counterintelligence, Aldrich Ames, on the file to try to figure it out. Ames, it turned out, was spying for the Soviets. If he figured out, or the British revealed to the Americans, the identity of the mole, Gordievsky was as good as dead.

The book provides very important context about Gordievsky’s early professional career in Denmark, and the awakening of his extraordinarily principled and brave decision to abandon a Soviet way of life. Thankfully not sanctioned by or written with the help of the British government, Macintyre makes the authority of his book complete by employing good old-fashioned journalism – tracking down every single MI6 officer involved in the case and talking to them. He also spent time with the Russians to get the other side, as well as with Gordievsky himself.

This book would have been impossible to write any sooner. It takes time for sensitivities to pass.

In this case, it has taken decades for the full story to emerge.

And what a story it is. Working for London while living among the Moscow elite, married to the daughter of a KGB officer, Oleg Gordievsky was literally living two lives. He knew throughout that he was on borrowed time. So did the British, who every night when Gordievsky was in Moscow would monitor an agreed meeting place in case of a signal that he needed help. For years, nothing. Then one day, “a man was standing in front of the bread shop, holding a carrier bag with a distinctive red pattern like a beacon among the drab Soviet shopping bags.” The race to save his life was on.

Remember Thatcher’s phrase that the new Soviet leader Mikhail Gorbachev was someone she “could do business with"? She had made up her mind after reading Gordievsky’s memos about the Soviet leader's thinking. Not told his name, she gave him her own code name – Mr. Collins. You may not remember a NATO exercise called Able Archer. The media certainly missed its import when it took place in the mid-1980s. Gordievsky revealed that, amid growing Soviet paranoia, Moscow believed the exercise was actually to be a pre-emptive nuclear strike by the West. It was as close to nuclear Armageddon the world had come since the Cuban Missile Crisis of 1962. Gordievsky’s intelligence was central to easing tensions.

And perhaps the most relevant lesson to today’s paranoid environment: final confirmation that the opposition U.K. Labour leader Michael Foot had a KGB code name BOOT and the KGB had helped fund his interests in an attempt to sway the 1983 British general election. Foot lost, his socialist platform to nationalize the banks, introduce higher taxes and impose unilateral nuclear disarmament rejected by even his own party as “the longest suicide note in history.”

History’s lessons have no expiry date and this is surely the time for the Gordievsky file to be widely read.

The story, however, isn’t yet over.

Having recovered from the attempt on his life more than a decade ago, Gordievsky still lives in Britain. He never returned to Russia and never plans to.

As Macintyre writes: “Putin and his people have not forgotten.” Putin was a KGB officer at the time of Gordievsky’s defection.

Andrei Lugovoi, the man accused of murdering Litvinenko, was asked about the recent attack on the Skripals in Salisbury. His answer was surprising in what it revealed. “If we had to kill anyone, Gordievsky was the one. He was smuggled out of the country and sentenced here to death in absentia.”

So how did Gordievsky escape? For that answer, treasure this book. You will never look at a Mars bar or listen to Sibelius’s Finlandia in the same way again.

David Walmsley is The Globe and Mail’s editor-in-chief. In his spare time, he continues to write and research about an RAF helicopter crash that killed senior members of the Northern Ireland intelligence community in 1994. Among those who died on the flight was John Deverell, the MI5 spymaster who helped bring Gordievsky in. 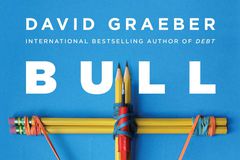 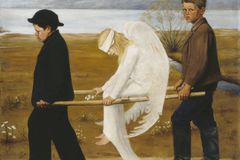 Book Review
Review: The Ghost Keeper brings to life the Austrian victims of the Holocaust
May 22, 2018 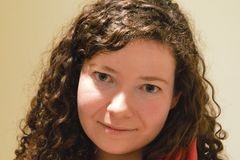