Chop suey, or dsap sooy, refers to the delicious ad hoc Chinese food served in many Chinese restaurants that’s as Canadian as poutine or hockey. Chefs cook assorted scraps of meat and eggs quickly in a heavy, starch-thickened sauce for a dish that strikes the right umami combination of savoury, salty and sweet. In her book Chop Suey Nation, Ann Hui, a Globe and Mail reporter, presents a fascinating blend of history, cultural commentary, road trip, personal narrative and mouth-watering food depictions.

Hui and her husband set out across the wintry landscape of Canada in a toy-sized rental Fiat, starting on the treacherous Coquihalla Highway in British Columbia and ending on tiny Fogo Island in Newfoundland. Most resonant is Hui’s narration of her travels. Her prose is distinguished by subtlety and restraint.

She demonstrates a panoptic empathy for the owners of these small-town restaurants, some of whom remind Hui of her own parents. Others are young, optimistic immigrants from China and Vietnam. After her road trip, she discovers that prior to her birth, her parents operated not one, but two Chinese restaurants in Abbotsford, B.C. Thus, she begins a poignant excavation of her family’s hidden and fragmented past. Spinning binary narratives that traverse place and time, Hui alternates between the historical and socio-political backdrops of China and Canada.

“Bitter first, sweet later” is a well-known Chinese proverb that permeates much of the author’s family history. It is also the mantra that propels the unrelenting sacrifices of Chinese restaurant owners for their families. In Hui’s compassionate portrayals, those who operate the restaurants in Canada’s remote towns are embittered, obligated, humbled and imminently hopeful for their future. These are well-drawn accounts of the eerily homogenous Chinese restaurants that pop up in the unlikeliest Canadian towns. Hui has a knack for discovering the quirkiest people and places.

As a child of Chinese immigrants myself, whose great-grandparents and relatives have at one time owned a chop suey eatery, I was reminded by this memoir of my own multicultural identity. Like the author, I grew up in a suburb of Vancouver. The book brought back half-buried memories of my connection to chop suey’s history in Canada. Hui’s personal anecdotes about not knowing family secrets, as well as her parents’ struggles to create a middle-class life, mirrored my unresolved feelings about diaspora and family sacrifice.

According to Hui, the Chinese restaurant is more of an inherited lifestyle of indentured servitude than a business. It is an unforgiving, intergenerational cycle of arduous labour. Steady wages and stability are obtained through the immense sacrifice of free time and personal happiness. Yet there are outliers in the Chinese restaurant business: those who genuinely don’t mind the burden of serving others.

Hui offers readers an arresting array of profiles. In Nackawic, N.B., a 22-year-old full-time college student runs the family business to support his ailing parents. On Fogo Island, a 55-year-old woman operates a Chinese restaurant by herself. Across the harbour, her husband manages another one. Despite loneliness, they work 365 days a year. The couple maintains separate lives to support their children on two restaurant incomes. Hui’s reportage ponders the long-lasting influence of chop suey as part of a survivalist skill set. A pioneer’s promise of stability and resources in a foreign land.

The book unfolds as an exploratory love letter to Hui’s father. The personal narrative is also a commemoration of hushed, transcontinental secrets. After her father is diagnosed with inoperable cancer of the bile duct, Hui laments that she never truly knew about his impoverished childhood in Guangzhou, China. She chronicles her parent’s deteriorating health through a straightforward, uncompromising lens. The hefty psychological guilt of being a child of hard-working immigrants is anecdotally touched upon at the book’s conclusion. Interestingly, this motif of diasporic struggle is never explored in depth.

While I longed to know more about Hui’s distant relationship with her dying father, especially how her grief fuelled, devastated or lessened her road trip, sometimes a memoirist does not wish to mine the raw, tumultuous vulnerabilities of her soul. As a result, the dual narrative personas felt distinctly separate: Hui as the reporter versus Hui as the loving, devoted daughter. Still, Chop Suey Nation is an astonishing cultural and important personal history. It is a complex melange of invigorating stories, sympathetic real-life characters and nuanced reportage. Hui intricately weaves the real-life sacrifices of many Chinese immigrants into a deeply felt and resonating anthropological tapestry.

Exclusive
The trouble with our obsession with ‘authentic’ Chinese food
February 1, 2019 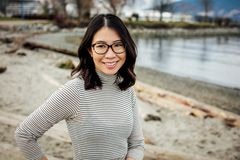