Rather than talk about the themes in David Bezmozgis’s new book, I’d rather quote a few of the sentences that make reading him such a joy.

“She eyed me sullenly as I came to a stop, dropped her cigarette on the pavement, ground it out with her boot and disappeared through a side door. Her terse revulsion evoked the usual countervailing response. I presumed this was Agnes’s daughter and imagined, against reason and practically against my own will, the illicit possibilities. The heart barks like a dog.” So speaks the unashamedly David-Bezmozgis-like character who narrates several of these stories – a writer of some success, of Latvian descent, living in a quietly menacing Toronto with a wife and kids whom he frequently feels to be confining, stressful, perhaps even embarrassing in some way – a speaker frequently facing pervasive anxiety, dread, longing for the past and then erupting in such brutal, clear honesty as this: guilt and shame over his natural desires. “The heart barks like a dog” is the kind of sentence one carries around all day.

Here is more of this extreme sensitivity: “Before we’d left the house, Nora had asked me to put her hair in a ponytail and I had done it. If you have done it, then you know that this is an experience of the most tender and terrifying love, for which you would readily give your life.” This insight occurs as the narrator is bringing little Nora to a suburban Somali-inhabited high-rise to buy a second-hand car door for cheap, a place of immigrants, like them, yet where they nevertheless do not feel safe.

Here is more of that omnipresent low-grade anxiety: “He never had a cellphone, and my mother, aunt and uncle called him routinely. If he didn’t answer, nodes of panic would aggregate like birds on a roof and occasionally erupt in a spasm of flapping.” This is about an elderly relative. There are many elderly relatives in this collection, all of whom come from places and times of great darkness – the war, the Nazis, the Soviet occupation – and whose secrets haunt and exasperate the young who are trying to make their new lives in North America. They refuse to die, in every sense, and force their descendants into pointless treks to preserve gravestones, clear up old scores, take expensive trips to the corrupt and dilapidated old country they just can’t seem to sweat out of their systems. And, really, on an aesthetic level, “nodes of panic like birds on a roof” is just so great.

“On either side of the street rose apartment buildings, thrumming with life and larceny. There it was, my immigrant childhood.” Indeed, here it is again, Bezmozgis’s immigrant childhood, and its pervasive larceny. One always has to be on the lookout for the guy trying to cheat you or shake you down. But what is so compelling about this guardedness is the constant knowledge that all the immigrants, whether attempting something illegal or unethical or just socially awkward – the guys who want to use your massage licence to run a brothel, the guy who tries to pay you less than he promised for your old Volvo – have some desperate, heartbreaking reason for doing so. They have all arrived in a precarious place of safety and must safeguard what they have achieved for their children.

The children are always there, just in the next room, unaware of what is being sacrificed for them. In the heartbreaking story Childhood, a father takes his school-age son, who shows signs of autism or other psychological disturbance, for testing. In the nerve-racking office he encounters a medical expert who helped him through his own childhood trauma. The surprise of this story – that it will be about the father’s vulnerability, ultimately, not the son’s – is a twist that recurs, even among these tough guys and self-made men.

Luckily, the neurotic Toronto writer protagonist only animates a few of these stories – I love his sensitivity, but being so close to the author feels claustrophobic at times – and the collection moves on to less educated but no less sympathetic screw-ups. The gem of this collection is the last, the long story The Russian Riviera (first published in The New Yorker), set among Russian immigrants in New York. It involves the gentle Siberian ex-boxer Kostya, bouncer at the nouveau-riche night club owned by Skinny Zyama, who wants nothing more than to wed Ivetta, the pretty dancer in the floor show, and finds himself forced to ruin his relationship by fighting off a couple of petty gangsters on the very night her family shows up to meet him. Again, here the crooks – two besuited, rodded-up guys straight out of Damon Runyon – turn out to be vulnerable and desperate, running from their own unfair problems. This story builds to a genuinely tense climax, with the threat of violence finally, shockingly paid off. It is at once a thriller and a poem. Moral complexity is the savoury seasoning of this story; Kostya is the kind of tragically well-intentioned agent of violence that one finds in Graham Greene.

Bezmozgis’s first literary success, the similarly melancholic Natasha, was also a collection of stories, also mostly about Russian-Jewish immigrants to Toronto. Since then he has published two novels, written and directed two feature films, worked in television and become director of the Humber School for Writers, a creative-writing program in Toronto. The fact that he has returned to the short-story form after all this success must be confounding to those in publishing who still insist on seeing the short story as a minor or beginner’s genre. This is no beginner. Stories such as these are deep, rich, sad and funny and a reminder of why this unpopular genre continues to fascinate the most sophisticated of writers. 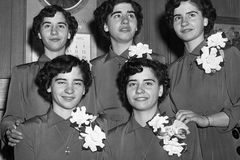 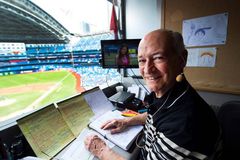