When Jim Hannah wanted to tell his son something important, he would sit Duncan down and pour two glasses of Scotch. Along with after-work martinis and wine with dinner, Jim often took a Scotch-and-soda in the evening. But at moments when the family’s mid-century repression threatened to choke off a necessary heart-to-heart, the drink took on a ritual significance.

And in the summer of 1972, with Duncan bombing out of Bard College amid fistfuls of barbiturates and untold bottles of Pernod, it was one of those moments.

“Over three Scotch-and-waters in the backyard, abuzz with mosquitoes,” Jim mustered every ounce of dour paternalism he had in him and told Duncan to slow down.

“You are too fun-loving,” the elder Hannah said. “It’s abnormal.”

It’s the sort of thing a suburban Minneapolis father would say. But the journal in which Duncan Hannah recorded this conversation bears the point out – many, many times over. Throughout the 1970s, in hectic, decaying, flourishing Manhattan, Hannah lived insatiably for fun – for any kind of experience, really.

It is precisely his abnormal appetite for the stuff – along with the pathos that often trailed in its wake – that makes his recently published notebooks, Twentieth-Century Boy, such a worthy addition to the diaristic canon, a rich if minor shelf occupied by the likes of Samuel Pepys, James Boswell and Virginia Woolf.

If those names are familiar, Duncan Hannah’s probably will not be. A reasonably successful figurative painter (he has pieces in the Met’s permanent collection), he’s also obscure outside of the New York art world.

But in the 1970s, he was a somebody – or at least knew lots of them. As an aspiring artist in Greenwich Village, he used a certain sylph-like beauty and naive charm to burrow into New York’s hipster demimonde.

Hannah was a scenester, in other words – but what a scene. If you chanced into acting alongside Debbie Harry in an art-house movie and took Andy Warhol to his first Talking Heads show, you might be as starstruck as Hannah was. “I actually live in Greenwich Village, the historic site of generations of madmen, jazz musicians, poets, painters, and revolutionaries,” he writes. “A dream come true.”

His meeting with Nico of the Velvet Underground captures both his Zelig-like ubiquity and the painterly eye with which he got it all down. He finds the enigmatic German singer at a friend’s apartment one day. She’s lying on the bed in “black Moroccan robes.” She has “enormous, candid eyes.” Duncan makes them vodka and grapefruit cocktails. They agree that Lou Reed “looks like a dead monkey.”

(As Christopher Isherwood said of the Goncourt brothers’ journal, so full of Belle Epoque name-dropping, “Here, gossip achieves the epigrammatic significance of poetry.”)

Above all, Hannah revered New York’s “rock aristocracy,” the forerunners and pioneers of punk rock who populated The Factory, Max’s Kansas City and CBGB. Spying the Warhol muse Candy Darling at a T. Rex show, he exclaimed, “It looks like the court of Louis XVI in here.”

As his choice of royal analogy suggests, Hannah knew it couldn’t last, this dirtbag Elysium. Its instability was part of its charm and, after all, a child of the Baby Boom, he had seen the WASP Gothic milieu of his childhood turn into a relic virtually overnight. In spring, 1974, he was already writing, “Someday this will be a bygone era.”

But that anxious sense of historical churn fed his hunger for capturing it. In his preface, he writes, “I think I initially kept a journal because I didn’t like the feeling of time slipping through my fingers.”

Still, Hannah’s louche daydreams sit alongside moments of lucid, beautiful noticing. Taken as a whole, they amount to a portrait of someone in love with and endlessly intrigued by the world around him.

His meals get the kind of attention that only a starving artist can lavish – “Eggs and vinegar, veal and onions, French bread, ice-cold beer, and caramel custard with espresso” – and his dandy’s sensibility takes in clothes almost as hungrily. We see the model Apollonia von Ravenstein, with her “black hair, no eyebrows, red lips, Bronx voice, tiny jean jacket … turquoise velvet pants, [and] wine-red Italian boots” and feel as awed as he must have.

Must have, because we can only guess at Hannah’s thoughts here and in many other places. He avers in his preface that he tended to write “from jubilation,” because the diaries he knew were too mopey and navel-gazing. He succeeded. Real, sustained introspection is virtually absent from the journal.

“Marveling over something simple” is how a friend of his defines the romantic sensibility, and it’s a neat definition of Hannah’s worldview. In the age of Vietnam and Watergate, he pays almost no attention to politics. Too abstract, too removed. Hannah is almost pointillist in his fixation on the fine grain of life, forever marveling over simple things.

Of course, as the seventies wore on, the simple things stopped seeming so marvelous, or so simple. We’re in a period of nostalgia for New York’s dingiest decade – crystalized by the popularity of Patti Smith’s memoir Just Kids – but it’s bound up with the realization that all that mugging and pimping and grand theft auto is better gawked at in retrospect than lived through.

The darkness of the era starts to manifest itself in Hannah’s encounters with celebrities, the signposts of his life. One night, his hero Iggy Pop collapses on stage after taking too much elephant tranquilizer before a show and has to be carried away by a pair of roadies. “It was pathetic,” Hannah writes.

As the decade wears on, that judgment fits his own behaviour ever more closely. Hannah was a terrible alcoholic, and the disease’s darkness shadows the book, even as he plays it off with WASPish élan. When he goes to a Kathy Acker reading with a “beautiful caramel-colored tweed Cerutti suit and small valise full of vodka bottles,” he has become an epitome, and parody, of the type.

Naturally, his drinking catches up with him. Hannah hardly believes it when he first suffers from delirium tremens – “I’m so goddamn young!” – but the condition becomes a regular feature of his life. By the late seventies, there are more and more passages such as this: “My body is trying to kill me. My heartbeat jars my vision.”

The poverty and violence of the seventies don’t bypass him any more than its chemical excesses do. “On the way home we watched a car burning up in front of the Waverly Theatre,” he writes in 1974. “We left before the gas tank exploded and laced us with shrapnel.”

Of course, the shrapnel of those years did leave its mark. For all Hannah’s jubliant preservation of that era, he emerges at the end of it spent, contemplative and sad.

His personal 1970s, like those of many people, ended on Dec. 8, 1980, the day John Lennon was killed. (Ronald Reagan’s election a month earlier passes unremarked in the diary.)

He had been sober for a few weeks. His father’s advice had finally gotten through – Duncan was slowing down. “I want no more scenes,” he writes.

As he walked past The Dakota, on W 72nd Street, there was one more scene. “A madman is screaming in the street.” There is police tape, and word that “John’s been shot.”

Hannah has survived the seventies. More than that, he has kept them alive, in ink. Like any successful diarist, he has cheated time.

He has also learned that you don’t cheat time forever.

“They’ve got the assassin, just a kid from Hawaii,” writes the kid from Minnesota. “A very strange vigil begins, as more and more mourners show up. It’s incredibly sad.”

Eric Andrew-Gee is a Globe and Mail reporter. 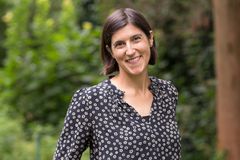 Sean Penn doesn’t care what critics have to say about his book
April 24, 2018 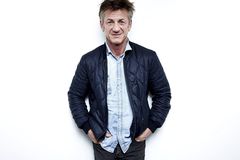 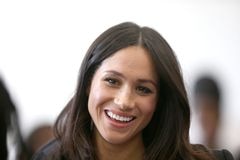