Why do authors choose pseudonyms? It is rarely because they actually hope to stay anonymous forever. They will be outed at some point (and in a country with a literary community as small as Canada’s, that point will be sooner rather than later). In fact, the creation of a pseudonym is often part of a coy marketing campaign designed to draw attention to a book and end, quite soon after the book’s publication, with a breathless reveal. The point, these days, is rarely to hide the creator of some scabrous or inflammatory work, as if the author were ashamed of it, but to ensure that the work itself is correctly labelled – and judged – as being part of a different literary ambition. Usually it means that the author is attempting some kind of genre – a genre being a category that comes with certain thematic, structural and formal expectations (some might call these formulae). Authors attempting to enter a new genre don’t want to be judged with the same aesthetic standards of their previous genre: The literary author doesn’t want to be judged, for example, on verisimilitude if writing magical horror. The pseudonym is usually a kind of plea for critical leniency.

I’m not sure why anyone would choose a pseudonym for publishing a straightforward and serious historical novel, the kind of novel that book clubs and awards juries tend to love in this country. And yet we have the strange case of one M.J. Cates, who according to the publisher was “born in Canada, studied psychology and literature at the University of Toronto … writing many novels and winning several awards under another name.” This is the author of Into That Fire, a historical romance set during and after the First World War in the fascinating milieu of early American psychoanalytic and psychiatric research. There is nothing gory or gross, nothing pornographic, nothing libellous in this story, nor is it of a genre that demands a particular kind of suspension of disbelief such as a ghost story or fantasy. This is a carefully plotted, heavily researched if somewhat ploddingly written historical novel. One can only surmise that the point of the pseudonym is to attract media attention. And the trick is working, for here I am.

Into That Fire begins with two young people in medical school in Chicago at the outset of the war, the clever and sensitive Imogen Lang and the clever and sensitive Quentin Goodchild. The innocent Imogen, not yet ready for love, rejects Quentin who goes off to the trenches, enlisting in a Canadian unit, hoping to die. Imogen, to the disapproval of her conservative and cold parents, pursues studies in the new field of psychiatry, ending up at the prestigious Phipps Institute in Baltimore, a model of luxurious and compassionate care for the mentally ill, under the instruction of the paternal Dr. Jonas Ganz. After hearing of the death of Quentin, Imogen gets married to a sexy young doctor who turns out to be not so nice.

Quentin’s battlefield experiences are reported, from his point of view, with great detail but with a strangely stilted and affectless style. We learn how scouting parties worked, how communications trenches worked, how best to cut wire. Here is not the first place in this book of ideas where one senses the great weight of research. Cates seeks not only to sweep us away into a world of frustrated love in the early century, but also to educate us on various fascinating controversies and rivalries in the early days of post-Freudian psychiatry. The anti-Freudian Ganz, for example, is also philosophically opposed to the behaviouralism of his colleague Taunton, and all are duly horrified by the surgical excesses of the monster Bingham in New Jersey, who believes that schizophrenia is caused by infections of the teeth and colon. Imogen is, of course, treated badly by a society that isn’t ready for a female scientist with authority. This is all fascinating as history, and one wonders whether it might be even more gripping if written as such rather than as backdrop to a romance that is both sentimental and predictable.

Why is it that this story, so promising in its themes and canvas, ends up seeming stiff and contrived? I was intrigued by the revelations about barbaric psychiatric mistreatment in the early century, and admittedly by Imogen’s demurely described sexual awakening with her new husband, and there is a charming and entertainingly liberated character called Donna Artemis, but I could see the satisfying ending coming about halfway through the book; after that, it was just a question of waiting it out.

I think blame is to be placed largely on the narrative technique, which is stolid and explanatory. Large segments of the story are narrated in summary. I see the growing influence of YA fiction here, which insists on the full explanation of every reaction and emotion. “She resolved to remain cheerful despite her father’s hostility, but found herself penned in and unable to stave off unhappy thoughts, harbingers of the dark mood that soon invaded her, robbing her days of all pleasure.” This is exactly what creative writing instructors mean by “telling.” Unhappy, dark and pleasure are all abstract words. I can’t really see the character being sad here.

“The Duke was the Phipps’s night-watchman, so named not only because his name was Marlborough but because of his excessively upright, not to say humourless, manner.” Is this full sentence of explanation really necessary? Imagine if it read, “The night watchman was called Marlborough. They called him the Duke.” Would the image not be complete?

All this makes one wonder again why anyone would publish such a conventional book under a pseudonym. Perhaps we are indeed witnessing an experiment in genre: a pastiche of an extremely popular and strictly defined genre, that staple of canonical Canlit, the historical novel about female emancipation – a novel perfectly suited for high-school education and a serious contender for Canada Reads.

At any rate, we will find out very shortly as the marketing gimmick comes to its predictable close and the author will not so bashfully step forward. 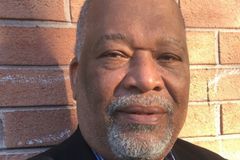 Books and events to take your mind off the fact it’s still February Subscriber content
February 15, 2019 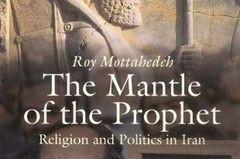 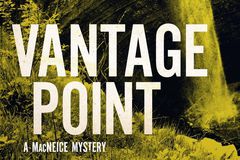