A Theory of Love

Nearly halfway through Margaret Bradham Thornton’s second novel, her main character looks at a print from the Qing dynasty and considers the problem of perspective. The print Helen regards is of a drawing by the 18th-century Chinese painter Yi Lantai, who was a student of the Jesuit painter Castiglione. The drawing, part of Yi’s series depicting the European Pavilions, is notable for its hybrid Sino-European style combining central and parallel projection. In other words, some elements of the drawing appear to have depth whereas other elements appear flat, depending on the projection used.

For Helen, the two forms of projection become a metaphor for her unhappy marriage. Helen feels an emotional distance from her husband, Christopher, as if their lives run close to one another but in parallel. The difference between the two forms of projection in Yi’s drawing is that in central projection, lines that are parallel will eventually converge to a single point, creating a sense of depth. Can Helen and Christopher’s lives converge too?

Thornton has created something of an Isabel Archer character in Helen, who is almost a decade Christopher’s junior and is devoted to him. But even though Helen can be perceptive in her work writing for the London Sunday Times, she’s incredibly naive regarding the world of her financier husband. Here she is after receiving some bad news about Christopher’s firm:

“She sat down, dizzy. This world that she found herself in was not of her own making. She had entered it unknowingly – perhaps even unwillingly. A world of high stakes – where greed, betrayal, even bad judgment could destroy a life.”

Of course, this isn’t everyone in the world of high finance. But is anyone really shocked to learn such grasping, unscrupulous people exist?

If Helen is comparable to Henry James’s heroine in The Portrait of a Lady, Christopher is not nearly so bad as Isabel’s husband, the Machiavellian Gilbert Osmond. Christopher can be patronizing to the extreme. (Such as telling your wife you sidestep some of her questions because they “don’t matter” extreme.) Christopher’s guardedness is a defence mechanism and there’s a backstory to that, not that it’s an excuse. He lacks Gilbert’s raw malice, though.

Christopher doesn’t use Helen toward some nefarious end. He doesn’t cheat. A Theory of Love is about the dissolution of a marriage caused not by spite but by negligence. Self-reliant to a fault, Christopher is a team of one. His work life consists of meetings, but on a personal level, he doesn’t connect. Not even with Helen. “He was impenetrable to her,” Thornton writes, “maybe even to himself.”

And there lies the biggest problem with this story. Notice I said this is a novel about the dissolution of a marriage, not the dissolution of love. Despite the novel’s title and Helen’s continued insistence, I’m unconvinced Helen and Christopher ever have much of a connection. It’s not just Christopher’s detachment. What draws these two to one another? It isn’t Christopher’s money. Helen comes from a background of relative privilege, but even in that world of her family, friends and colleagues – a world many would consider luxurious – “Money was a stress, not an asset.” Helen is put off by the exclusivity, assumptions and “formal intimacy” of the ultra-rich.

The best I can explain their attraction is that they are opposites. Him: rational, analytic, of flat affect. Her: lyrical, intuitive, emotional. While the novel highlights these differences, it doesn’t support the thesis that those differences are the basis for love.

Central projection tricks the human eye to see depth on a flat page by presenting a vanishing point, which the mind reads as distance. Truly parallel lines, by definition, will never intersect. In the real world, the illusion of parallel lines’ convergence – the edges of a straight road meeting, for example – is caused by the horizon line being far, far away.

Helen knows this and she knows the gap between herself and Christopher, but she still calls it love. Maybe there is a better word. Early in the book, Helen lists a series of words untranslatable into English. Among them, enamoramiento: “It’s translated in English as infatuation or obsessive love but neither one is quite right.” That sounds closer to what Helen has for Christopher: infatuation, but not love. 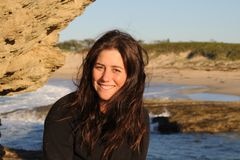 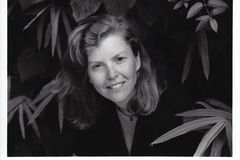 Book Review
Review: Oscar Cahén book marks an important step for the appreciation of Canadian art
May 13, 2018
Follow us on Twitter @globebooks Opens in a new window
Report an error Editorial code of conduct
Due to technical reasons, we have temporarily removed commenting from our articles. We hope to have this fixed soon. Thank you for your patience. If you are looking to give feedback on our new site, please send it along to feedback@globeandmail.com. If you want to write a letter to the editor, please forward to letters@globeandmail.com.
Comments