Every year new zeitgeist-y words are added to the dictionary – recently it was the Bechdel Test – but in 2019, I wish we could take some words out, specifically “nuance,” a word that seems to have lost its meaning from sheer overuse. When used in marketing copy for book promotion, the word nuanced is meant to soothe the average reader and signal that the book is not a polemic. It’s no surprise that its overuse is happening during an epidemic of journalistic both-sides-ism, and a time when books about the whirlwind #MeToo era are proliferating.

So when I read it on the jacket copy of Had It Coming: What’s Fair in the Age of #MeToo, the excellent new book by reporter Robyn Doolittle, my heart sank a little. Was it going to suffer from a watering-down of the issues, or build on the groundbreaking work she accomplished with the Unfounded investigative series, one of the most read stories in The Globe and Mail’s history, which created real administrative change in police departments across Canada? Luckily, the jacket also promises it will be “informed” and that’s exactly what it is – how is it that Canada has the most progressive sexual-assault laws on the books, but so few people with power understand it or use it properly?

Doolittle writes in the introduction that it would be cathartic to write a book about why women are feeling such fury in the wake of #MeToo, but “it’s been done.” It’s true that literary treatises by Rebecca Solnit or Rebecca Traister and others have that ground well covered. And it’s also true that perhaps readers want fewer confessions or emotions, and more solutions or in-depth explorations. Doolittle explains that she won’t shy away from the “tough questions” and offers us a glimpse of what women really say when they’re talking to their friends.

Looming over the introduction is the spectre of woke Twitter and cancel-culture, which is a false set-up, given that there are few actual consequences for strangers being momentarily mad at you on social media – I’ve lived it; it’s humbling, but hardly the end of the world. The systems of power are still very much the same no matter how uncomfortable you might feel for a social-media misstep. What Doolittle’s book does do is take a good hard look at the systems we do have and offer us the undisputed facts about them, and, for that, it’s a valuable addition to the canon of #MeToo texts coming out this year. That’s just not what the introduction sets us up for.

Doolittle is an excellent reporter. She goes to the experts and then uses the expansive nature of a book to go deeper into the factual material they offer her, and then evaluates how things have and haven’t changed post-Weinstein, with a few, carefully-selected and only-when-necessary personal anecdotes peppered in.

The book begins with an admission — one familiar to anyone who was a teenager 15-20 years ago —recounting how after hearing about the Kobe Bryant case, she did not believe the complainant. It’s sometimes difficult to remember that when we were the age of the young women spearheading consent culture in 2019, many of us, myself included, were making Monica Lewinsky jokes.

She realizes as an adult how misguided she was and also why this was a common way for women to react —what did Bryant’s complainant expect, going to his hotel room? This section’s placement at the start of the book is a generational framing that helps us understand where the author comes from, and how her views shifted before and during the writing of the Unfounded report. The rest of the book contains fewer personal anecdotes and relies more on factual accounts, which is where Doolittle’s natural strengths are as a writer.

She asks the important questions and looks at each essay topic from a variety of angles. Some chapters start off looking a bit controversial, like the one on the Aziz Ansari debacle, a case that seems cleanly split along generational lines; or why the popular “Tea and Consent” PSA (developed by the Thames Valley Police, it explains the concept of consent using the metaphor of offering others a cup of tea) isn’t useful or realistic for teens; and the redemption of Justice Robin "couldn’t you keep your knees shut” Camp, a federal judge who was removed from the bench for his mishandling of a sexual-assault case. But each section is carefully considered, and offers balanced takes that still use basic feminist principles as their starting point and a given. You may not agree with everything she says, but I’d be surprised if any reader will end a chapter feeling as though she didn’t consider and take seriously their point of view.

The Camp chapter, for example, is a stand-out, in part because it is a rare example of someone in power who was willing to look at his own biases and shift his point of view, and a reporter who was willing to push him in the right directions to tell those uncomfortable truths. It makes an interesting companion text to books like Sarah Schulman’s Conflict is Not Abuse, or Kai-Cheng Thom’s I Hope We Choose Love, books that ask us to look beyond systems of punishment for answers to how society should deal with abuse.

The chapters I appreciated the most were the ones near the end where Doolittle examined the feminist generational divide and interviewed both Germaine Greer and Susan Brownmiller, once iconic feminists whose texts are now considered problematic by many on issues of race, sexuality and gender identity. She goes to great lengths to humanize them, despite disagreeing with them on several key points. What’s missing, though, are interviews with 2019′s Greers and Brownmillers. She does interview teenagers, but the absence of interviews with say, Jessica Valenti, Lindy West, Roxane Gay, remains a glaring omission, when giving so much space to two leaders in the second-wave feminist movement.

The chapter on the neurobiology of trauma is particularly strong, dealing with how police often discredit complainants who react in ways that don’t seem logical. She examines what critics of the neurobiology of trauma say and comes to her own conclusions. Again and again, she takes thorny, divisive issues and lays them plain on the examining table.

The book is emerging in the middle of what the Guardian calls an “unprecedented wave of books” on the #MeToo era. Some won’t feel relevant in even two years time, but Had It Coming will because it’s a decisive snapshot of this moment in history that considers where we were, and sets the stage for where we might go, and will no doubt be used to describe this moment long after we’ve moved on to a new normal. 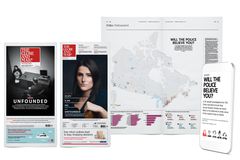 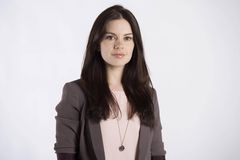