Cardiologist Sandeep Jauhar opens his book, Heart: A History with a sojourn into his experience as a patient: He wheezes at night and becomes short of breath as he climbs the stairs. Being a doctor, he knew his symptoms needed to be further examined. But a CT scan meant to look at his lungs instead, surprisingly, showed Jauhar a familiar sight in his line of work: hardened coronary arteries. Specifically, the main coronary artery had narrowed by half compared to normal.

"Sitting numbly in the dark room, I felt as if I were getting a glimpse of how I was probably going to die,” Jauhar writes.

One appreciates within the first few pages that Jauhar had many reasons to be drawn to our most vital organ beyond his own risk of cardiac mortality. The heart, he recounts, became an "obsession.” He thinks back to how, as a child, he would try to synchronize the speed of a ceiling fan with his heartbeat. Yet it’s more believable that his intrigue was truly sparked once well into medical school and his intern year, when he would reflect on both the humanistic and physiologic traits of it: "The heart is the only organ that discernibly moves. Through its murmurings, it speaks to us... the heart’s patterns not only reflect emotions but also influence them.”

Heart is a fascinating exploration into the roots of early medicine and cardiology, which is weaved in throughout its three parts: the heart as a metaphor – pointing to its use primarily in literature; machine, as in its physiology; and mystery, as in what scientists and doctors don’t yet understand about diseases of the heart and current paradigm shifts around treatment. Though Heart is his third book, it’s his first foray into stories that revolve around the body’s most vital organ. His previous books were coming of age tales about medical training (Intern) and early career musings (Doctored), whereas Heart traverses the past, present and future of the field in which he currently practices. It turns out that even though his coronary artery had been narrowed, he didn’t actually need any medical intervention. He did, however, need to revisit what placed him at a higher risk for heart disease in the first place – a combination of lifestyle factors and family history. One he could alter; the other he could not.

Jauhar begins with Rome’s Galen, who believed vital spirits were added to the blood once it entered the left ventricle, and takes a journey to Inge Edler and Carl Hertz, the inventors of the early echocardiogram. He highlights the early contributions of African-American physician Daniel Williams, who in the late 1890s was the first surgeon to successfully stitch the pericardium that surrounds the heart. McGill University’s Dr. George Ralph Mines, who advanced the study of deadly arrhythmia, is also given his fair slice of cardiac history.

The book isn’t meant to be an exhaustive recitation of history, as Jauhar punctuates his accounts with interesting notes about these physicians – including their failures. (Mines, for instance, succumbed to his own self-experimentation.) But notably, almost all of those highlighted are male researchers and physicians. No mention was given to Dr. Myra Logan, who became the first female cardiac surgeon; Dr. Maude Abbott, who invented an international classification system for congenital heart disease; or Dr. Helen Taussig, whose pioneering discovery led to a surgery that repairs the heart defect responsible for "blue baby” syndrome.

Having a public-health background prior to medicine, I was thrilled to read Jauhar’s summary of the Framingham Heart Study – data which is still used in graduate epidemiology and biostatistics problem sets. The study, based on a cohort of Americans in Boston, remains the longest running cohort study focused on discerning risk factors for heart disease. It was an effective way for lay readers to gain an appreciation for Framingham, which influences much of how we view risk factors today. Yet Jauhar also prudently drew caution to some groups – specifically South Asians – who may still have a significant risk of cardiac disease, despite having no Framingham risk factors. Jauhar also appropriately sheds light on the role of stress on heart health. He also gives due mention to the role of social support and lifestyle factors.

From what I’ve seen, very few cardiologists today routinely discuss these preventative measures with their patients: motivating them to make tangible changes in their diet or instituting more exercise is simply not a core part of training, though a movement toward lifestyle medicine and "preventative cardiology” is attempting to make this shift. In Jauhar’s view, "cardiovascular medicine ... will need to shift to a new paradigm, one focused on prevention – turning down the faucet rather than mopping the floor.”

Where the book really shines, however, is Jauhar’s weaving of a tender personal narrative. Writing about his training in cardiology, he notes "what motivated the long hours was fear: fear of over-looking something that could hurt a patient, of course, but more immediately fear of rebuke. … And so I came to think of my cardiology training as being on dual tracks: learning about the heart obviously, but also what was in my heart – what I was made of – at the same time.”

As well, a moving anecdote with his ailing mother, who died from heart disease, was a rare moment to see how an immediate family member succumbed to the very mysteries he spoke of. Jauhar also recalls his paternal grandfather dying suddenly in India from a heart attack believed to be related to a poisonous snake bite; his maternal grandfather also died of a heart attack.

Jauhar addressed his own cardiac disease with a combination of improved nutrition, investing in his social network (or "connectedness”) and exercise with a dash of yoga thrown in.

Heart invites us into both his personal and professional connection to cardiac disease, while also helping address mysteries that have long perplexed doctors, as well as the patients they care for.

Amitha Kalaichandran, M.H.S., M.D., is a resident physician based in Ottawa, Canada. Follow her on Twitter at @DrAmithaMD. 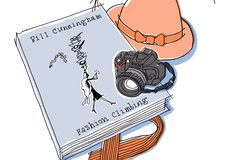 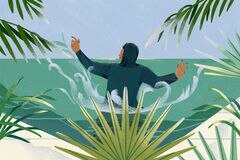