I genuinely think that Seth Rogen and I could be best friends.

We’re both nice Canadian Jewish boys, born less than a year apart, who enjoy the movies of the eighties, the hip-hop of the nineties, and the comedic stylings of Judd Apatow (though Rogen has a slight edge on that last one, given that he’s starred in approx. 74 per cent of Apatow’s filmography).

Sure, we differ on the whole weed-smoking thing – which does appear to be as important to Rogen’s sustainability as oxygen or water – but that’s okay! We can talk about other things! And oh, the laughs that we’ll share. So many. Guaranteed. So, Seth – if I may call you Seth – after I get this review of your new book out of the way, shoot me a DM. We’ll have fun.

Maybe it’ll even be as enjoyable as Yearbook, Rogen’s quasi-memoir that is easily one of the funniest things that I’ve read in recent memory. A brisk, bouncy, enthusiastic mix of Hollywood-adjacent anecdotes, youthful remembrances, score-settling essays and love letters to many recreational drugs, Yearbook is everything that audiences have come to admire about Rogen wrapped up in one tidy, wry, extraordinarily affable package.

Yearbook starts off in an unassuming and almost obligatory manner, covering Rogen’s entrance into the world of stand-up comedy at the ripe age of 12. Having grown up in a Vancouver household filled with the noise of SCTV, Billy Crystal routines and the cinema of John Candy, the move into professional joke-telling seemed like a natural step for the young Rogen. And thanks to the advice of a local comic named Mark Pooley, Rogen manages to craft a routine that kills (or, rather, elicits enough polite laughter from a lesbian bar’s weeknight open-mic crowd that he’s not entirely discouraged).

His subject matter? That would be his Bubby (grandmother) and Zaidy (grandfather), who Rogen lovingly-slash-stereotypically paints as Semitic bickerers par extraordinaire: “They were really my first significant comedic inspiration. My muse. Or, more accurately, my Jews (or Juse? Can books have alts? Seems like it!).”

As Rogen runs down his family’s varied eccentricities and his unique ability to wring comedy from such characters, Yearbook presents itself as an enjoyably straightforward memoir about a local boy making good. Mazel tov! But then Rogen begins to zig-zag with his personal and professional history, the chronology and subject matter getting as mixed up as one might expect from a man who runs his own cannabis empire.

There are hilariously bizarre encounters with super-celebrities, such as when Tom Cruise attempted to recruit Rogen and Apatow to the Church of Scientology. Or when George Lucas revealed himself to be the saddest, strangest man on Earth who (maybe?) owns a spaceship hidden underneath Skywalker Ranch. There are dishy remembrances of infamous film-industry meltdowns, such as when Rogen and writing partner Evan Goldberg sparked an international incident when they released the North Korea-baiting comedy The Interview. And there are surprisingly lucid flashbacks to the many, many, many times that Rogen got high out of his mind. But for those who pass on grass, don’t worry: Flipping through Yearbook isn’t akin to being cornered at a party by your least-favourite stoner – this is a grade-A comedy supply that provides its own, non-pharmaceutical high.

It does help immensely, though, if you read the thing with Rogen’s faux-aggrieved, heh-heh-heh chuckle-peppered voice in the back of your head. Lines like, “There are not a lot of cool Jews to look up to, and [Bob Dylan] is objectively at the top of the list. James Caan being right below him. James Caan is actually a scary Jew, which is almost unheard of. He’s in his own lane, Jew-wise,” work well enough when read on their own. But once you filter them through Rogen’s trademark teddy-bear tenor, a particular off-the-page magic is conjured. (There is also an audiobook version of Yearbook available, read by Rogen alongside a wealth of special guest stars, for those who don’t want to expend the imaginative effort.)

For the Rogen acolytes out there (hi), there may be slight disappointment in what Yearbook doesn’t offer. At the risk of jeopardizing our burgeoning super-close friendship, where was the blow-by-blow (bong-by-bong?) account of Rogen’s early television days on Freaks & Geeks and Undeclared? Or a rundown of how the genuinely deranged Sausage Party came to be (although, again, I have to assume it was all the drugs). And perhaps the chapter-long screed against Twitter could have limited its character count by a stretch.

But this is Rogen’s first book – written all while the dude released half a dozen other productions, and turned homemade pottery into a pandemic-era craze – and he’s made precious few missteps. Read Yearbook with a close friend. Or use it to make a new one.

Canadian professor believes a 16th-century book of works by Horace once belonged to William Shakespeare
May 25, 2021 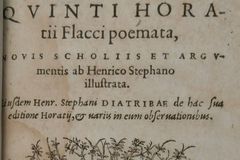 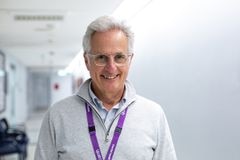 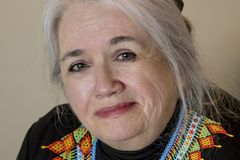