Within a few years of leaving office, some leaders feel compelled to write door-stopping memoirs, loaded with personal reflections and behind-the-scenes drama, to shape their place in history.

With Right Here, Right Now: Politics and Leadership in the Age of Disruption, Stephen Harper has opted for something more like a pamphlet.

In fewer than 200 surprisingly breezy pages (before footnotes), he drives home one argument: The rise of Donald Trump and other "unbridled” populists is a reflection of mainstream politicians ignoring their citizenry’s struggles in favour of calcified ideological goals and elitist agreement about globalization’s merits. And true conservatives need to learn from that to better meet real-world concerns, lest left-wing populists he considers much scarier than Mr. Trump are next in power.

It’s a message that Mr. Harper – who now wears two hats, chairing the right-of-centre International Democrat Union and running his consulting firm Harper & Associates – clearly intends for an audience outside this country’s borders. The U.S. Republican Party gets more attention than the Conservative Party of Canada, and references to our politics are framed in a way that indicates he expects little advance knowledge.

That needn’t stop Canadians from finding value in what is, at its best, an attempt by one of this century’s most electorally successful mainstream conservatives to make sense of global trends that see his side of the spectrum veering into something much angrier. Drawing on his experience, he is able to make a solid case for a "conservative middle way between unrooted populism and disconnected elitism” – committed to advancing traditional conservative values, but responsive to demands of those who feel left behind by social and economic change, rather than rigidly adherent to articles of faith (e.g. supply-side economics) rooted in the era of Ronald Reagan and Margaret Thatcher.

Whether readers are able to appreciate that insight will depend on their ability to overlook this book’s more unappealing aspects, of which there are several.

One of those is Mr. Harper’s generous treatment of Mr. Trump. While assuring that he considers the U.S. President distasteful and "not really a conservative,” he is largely sympathetic toward his "America First” nationalism, arguing that it reflects the reasonable frustrations of voters poorly served by "globalist” consensus around free trade or immigration. That leads him to draw on fairly narrow evidence to make broad assertions about economic motive, including that most voters supportive of Mr. Trump’s border policies have directly suffered from migration of low-skilled workers, and blame media for dwelling on "a few” bigots in his support base.

Another is the cartoonish way Mr. Harper portrays the other side of the ideological spectrum, to raise fears about what looms if conservatives don’t meet voters’ needs. At one point he equates Bernie Sanders’s socialism with Soviet-style communism; at another he accuses "the modern left” of treating conservatives as "intellectually childish,” then immediately accuses the left of being "intellectually adolescent.” There is also a bit of amateur psychology involving the "non-empirical mind” of the typical leftist. The effect is to undermine his seriousness when more thoughtfully critiquing the right.

And when it comes to his own record, Mr. Harper is guilty of enough omission to not be an entirely reliable narrator. Boasting about maintaining strong support from immigrants while undertaking immigration reform, he cites his government’s inclusion of "barbaric cultural practices” in Canada’s citizenship guide, without mentioning that pushing further on that issue backfired in his last election. Presenting himself as a champion of empiricism, he skips over the whole bit about scrapping the long-form census.

But however much he glosses over unhelpful aspects of his legacy, Mr. Harper can very credibly claim at other points to have successfully straddled between conventional and populist conservatism – to have pursued his goals in ways that would cause less ideological voters to feel real benefits, and resisted trampling over those voters’ interests by dogmatically imposing conservative orthodoxy.

Perhaps the strongest advice he offers fellow travellers is on tax cuts. Some of Mr. Harper’s, especially slashing two points off the GST, were not hits with economists. But he is able to draw a contrast between U.S. Republicans, who even under Mr. Trump continue to disproportionately focus relief on corporations and the rich, and his own relative focus on cuts that low- and middle-income Canadians would feel. The GOP’s approach, he suggests, remains rooted in the challenges of the 1980s, when economic growth needed to be kickstarted; his was more in line with frustration about how equally that growth is spread.

Mr. Harper is sharp, too, on not pursuing financial deregulation simply for its own sake – something his government generally avoided, and that he warns will create demand for more activist intervention after inevitable market volatility causes pain.

As for the middle ground between open and closed borders, he advocates for striking difficult balances – promoting nationalist pride without veering into xenophobia, resisting trade liberalization only with countries (mostly China) that have earned suspicion, judiciously restricting foreign investment, prioritizing economic migration while maintaining some humanitarian aims – that on its better days his government genuinely achieved.

Whether the Stephen Harper who entered the Prime Minister’s Office in 2006 (and assessed in the midst of the Great Recession that it offered "some great buying opportunities”) would have been comfortable with everything here is an open question.

Something a bit closer to one of those standard memoirs might have told us about the moments in which he found long-held beliefs challenged, or struggled to adapt, in ways that help illuminate the path for other politicians.

Instead, the closest he comes to regret is lamenting that he allowed a flawed temporary-foreign-worker policy to remain in place too long.

Perhaps that’s a missed opportunity. But what Mr. Harper has delivered is, for all its flaws, more than what most other conservatives of his stature grappling with the present moment are offering. 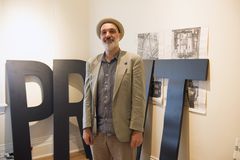 Book Review
Sandeep Jauhar’s Heart: A History is a journey into the inner world of our most beloved organ
October 1, 2018 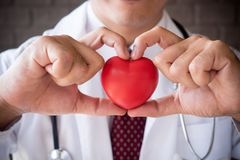 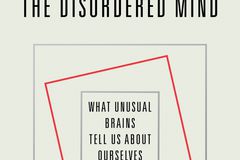