Squinting under the blinding Sicilian sun, Giuseppe Tomasi di Lampedusa is facing his final days. He is the last Prince of Lampedusa and Duke of Palma and, because he has no children, keenly feels the weight of failing his centuries-old aristocratic family. What he eventually leaves behind for posterity is a triumphant lyrical encomium. Not that he knows any of this in Steven Price’s Lampedusa.

The biographical novel chronicles the twilight as his emphysema worsens and he sets about writing The Leopard, his historical novel built around the fictional Prince of Salina (inspired by more illustrious ancestors). Tomasi died at 60, not only the year before its publication, but without ever knowing it would be published – let alone become the bestselling Italian novel of the century, a ravishing film adaptation by Luchino Visconti, and a favourite of writers such as David Mitchell and David Price.

Price’s previous novel By Gaslight was a procedural of psychological suspense dropped into the fog of Victorian London. Where that novel was energetic and pacey, Lampedusa is languid and the palette is of a fresco, chipped and faded. Beating the medical clock before Tomasi’s final chapter is the closest the novel comes to propulsive. It is a hollowed-out Sicily, the old feudal order desiccated during the “il boom” period of postwar economic recovery seen through the eyes of one man, an impoverished noble in an obscure provincial town.

For Giuseppe’s great-grandfather (and fictional prince), reluctant inevitable progress was Italian unification, as his famous novel hopscotches from the summer of 1860 (when Giuseppe Garibaldi’s army invaded Sicily) to the 1880s and, briefly, a 1910 epilogue. In Lampedusa, the fading aristocracy struggling to survive in the face of social change is rendered more explicit: the ducal palace was virtually destroyed by Allied bombs in 1943, forcing Giuseppe and his wife Alessandra (Licy) Wolff, a Latvian-born Freudian psychoanalyst, to live frugally elsewhere.

Throughout episodes that deftly unfold across time periods, like the great novel it echoes, the evidence of a vanished old world moulders around him, as the literal rubble of the family seat or the thinning ranks and dwindling way of life at a nearby convent.

A wittily evoked episode that dramatizes their excursion to a literary salon together reveals how self-important cousin Lucio (whose book of poetry garners some acclaim) finally spurs Giuseppe, a lifelong reader, to write. And explores that impulse.

“Literature for him had always been charged with its own self-doubt, one novel inexorably questioning a predecessor, one writer’s faith scraping away at another’s,” he muses. “This was its truth.”

Likewise, Price draws tableaux and shapes the ruminative episodes with imagined details of Tomasi’s known experiences and extant correspondence and catalogues them, observations of beauty in real time, as they work their way into Giuseppe’s imagination and are later metabolized into The Leopard. “In the silver light he could smell the jasmine and lavender in the villa’s gardens through the open window,” Giuseppe notices. “The past seemed a great flowing passage through which his bloodline passed.” He writes with urgency of the bygone decadence, duty and tragedy but he is also speaking of hope and being alive to possibility. Writing is a revelation that brings the world around him into sharper relief.

Decay and loss are juxtaposed with progress, for example, in Giuseppe’s love and a sort of “baffled admiration” for the confident young Sicilians who are drawn to the north and the future, where opportunity and industry (and fast, beautiful cars) await. And he isn’t dismayed at the change in Italian cultural life he observes in the orbit of the keen young pupils who attend his informal at-home lectures on English literature. He’s newly awake to their vitality. He marvels at the new, self-possessed young women, greedy for life.

Memories nest within one another and the speculative inner narrative that Lampedusa posits, rich with delicacy of feeling and observations peppered with references to Stendhal, Tennyson, Montaigne, and Shakespeare, is more than credible. But what’s more striking than the biographical accuracy or even the intricate scaffolding of the story is the texture of images by Price, also a poet. Their beauty casts the same spell as his sensualist subject and the unhurried pleasure of experiencing them.

“He had lived 60 years on this earth and his memories had grown up around him like a garden,” Price writes in one of the book’s many shimmering passages, “so that he now could walk among them and reach out a hand and crush their leaves in his fingers for the scent.” Throwaway details are just as lovely and apt (a man having a kind of “crooked kindness,” for example). Laden with evocative description and intentionally mannered, Lampedusa is, as Giuseppe himself says, an old-fashioned novel. One in which hope tinged with lingering regret has suffused some 300 pages, and the melancholy past hangs like dust mites in sunlight. 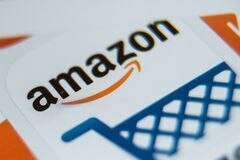