Margaret Atwood
Special to The Globe and Mail
Published May 22, 2020 Updated May 29, 2020
For Subscribers

In the fall of 1961, when I was 21, I entered Harvard-Radcliffe as a graduate student. What was I even doing there? I didn’t want to be a professor; I wanted to be a writer. But everyone knew you couldn’t support yourself that way, so I disguised myself in tweed and set out to acquire some credentials. I’d been told by a male poet that you really had to be a truck driver so as to understand life, but there wasn’t much hope of that for me, so teaching it would have to be.

I lived in a large, wooden three-storey graduate women’s residence on Appian Way that I later used as a quasi-model for the Commander’s house in The Handmaid’s Tale. Toms, creeping and peeping, decorated the building like barnacles on a whale. You’d look up from your desk and there would be a pair of men’s feet, right on your window ledge. There was one communal phone, and any incoming call was likely to be an obscene one. These attentions were viewed by the authorities as minor annoyances, like midges. You were supposed to pay no attention.

There were a lot of things to which you were supposed to pay no attention. The English department didn’t hire women as a matter of principle, though it was happy enough to teach them; but this was not mentioned in polite company. The prevailing view was that it was laudable to educate women enough that they could make intelligent conversation with their husband’s business colleagues, but anything beyond that would make them “neurotic.” (Freud was a big influence on the 1950s push to cage women into their homes and bodies, and “neurotic” was akin to “leprous.”)

So graduate women were neurotic by definition, and they were at Harvard on sufferance. In fact, women in American society at large were there on sufferance. In the ’50s, women were informed in numerous ways that their role was now to be a supporting one. They were to ditch their wartime Rosie the Riveter overalls and their independent incomes, act helpless and cute like Lucille Ball and fulfill their femininity through having children, renouncing thought and deferring to their husbands. Men who did not want to be Type A hyper-achievers were failed men, and women who did want that were failed women. So went the story.

This brainwashing had its heaviest impact on the generation before mine – those who were young mothers in the ’50s. My own co-hort had dodged that bullet, having been teenaged rock-and-rollers, after which the more bohemian frequented coffee houses featuring folk-singing and poetry. For the females among us, being a housewife was not our inevitable fate. Instead, we could engage in free love and be dedicated artists – though somehow you couldn’t be both a housewife and a dedicated artist. Or could you? That particular part of the story was in flux.

It was at this juncture, when the views of women set in place so rigidly in the ’50s were wavering, that Mary Ingraham Bunting, the president of Radcliffe, managed to set up the Radcliffe Institute for Independent Study. It was aimed at gifted women whose careers had been hampered by marriage and children, and who might benefit from a reset. The Institute – which Bunting called “my messy experiment” – would give such women some time, a little money and a room of their own. Above all, it would give them one another: fellow human beings who could understand what they were up against and take them seriously.

The Equivalents is the fascinating story of this messy experiment. The Institute welcomed its initial group of 23 Fellows in September, 1961. Expectations were low and accommodations were modest. No one foresaw that this understated endeavour would become an important seedbed for the explosive second-wave women’s movement that surged into public view at the end of the 1960s.

The book reads like a novel, and an intense one at that: the characters include Sylvia Plath and Anne Sexton, both of whom would become key writers of their era, both of whom would die by suicide; Maxine Kumin, who would go on to win a Pulitzer; Robert Lowell, who taught Plath and Sexton, and was already hailed as the founder of “confessional” poetry; Tillie Olsen, whose Institute stay would result in her best-known book, Silences, about the forces that kept women from creating; and Betty Friedan, soon to publish The Feminine Mystique, which would galvanize hordes of discontented women who’d tried and failed to be Stepford Wives.

Who knew that Friedan and Bunting had once been collaborators? Friedan was in on the Institute’s planning and Bunting helped Friedan develop The Feminine Mystique, though ultimately Bunting proved too genteel for Friedan and Friedan too loud for Bunting. The former wished to rearrange the furniture; the latter came close to wanting to set fire to the house.

How did Mrs. Bunting get the reluctant nod from Harvard’s old boys’ club? Short answer: she was familiar with the territory and, like the sirens, she knew what song to sing. The Cold War was in spate and the Soviets were out-braining the USA, partly by harnessing talented woman power. Shouldn’t the United States mobilize its own smart females? Two dozen women given a little money and office space might not sound like much of a mobilization, but as it turned out, they set off a chain reaction.

The first Institute Fellows were up against their own double identity. They were housewives and thus dismissable, but they were also talented – published poets and fiction writers, recognized painters and sculptors. A man could be a genius and unstable and also widely revered, as Robert Lowell was; but for a woman, “genius” was likely to be parsed as “nut case” and also “bad mother”– a much more devastating label than “bad father.” The Equivalents explores the contradictory forces at work in the women of this bridge generation: too vital and ambitious for the 1950s doll’s house, but too early for the full-throttle feminism of the 1970s.

The Equivalents delves deep into the complex lives of these women. Using letters, recorded material from the period, interviews and biographies, Maggie Doherty explores their friendships, rivalries and jealousies, their marriages, their crises, their anxieties and fears, and also their moments of exhilaration and triumph. The relationship between Sexton and her fellow poet Kumin is especially touching, though it could not, in the end, keep Sexton in the land of the living.

Doherty conveys the electricities and entanglements of this first experiment, but she doesn’t dodge its limitations. As she follows the story through the ’60s, she includes Alice Walker and her “womanist” activities on behalf of Black women, whose problems were quite different from those of the middle-class white women who by and large populated the Institute: the feminine mystique decried by Friedan had never applied to them. Olsen, as a working-class communist, was an outsider of a different sort.

Most of this group did not identify as “feminists” of the kind that appeared at the end of the ’60s. Although their work was taken up by younger agitators, they wanted to be artists, not activists. As the decade rolled out, with the Civil Rights movement, the antiwar protests and the arrival of lesbian activism, divisions appeared – not only between new and different forms of feminism, but between erstwhile close friends who had bonded at the Institute. “Poets in their youth begin in gladness,” Wordsworth said. “But thereof comes in the end despondency and madness.” Madness for some, and certainly despondency for others. What had become of those early hopes, those twin-soul friendships?

The Equivalents is an observant, thoughtful and energetic account of a decade viewed through the lens of the Institute. Doherty strives to make the reader understand the conditions – material, spiritual and intellectual – in which these women struggled to define themselves and to channel their art. The past is always another country, but we can visit it as tourists, and it’s useful to have such a thorough guide.

Doherty closes with a comparison of that era with ours. What has changed for women over 60 years, what remains the same and what is worse? Was all that struggle and angst and creative turmoil for nothing? She doesn’t think so, and neither do I. I once lived in that distant country, and I’m grateful to the author of The Equivalents for reminding me that I have no wish to return. 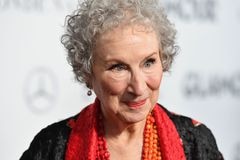 Margaret Atwood, The Globe’s 2019 artist of the year, dominated the literary world and global culture
December 22, 2019 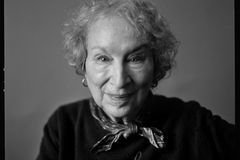