The cruel and callous world of foreign affairs often transforms a nation’s fate with a single stroke of a pen. Because one miscalculated move can mean the difference between life and death, most astute diplomats tend to observe a golden rule when conversing in public: keep schtum. It’s an effective strategy for minimizing conflict in a world where the threat of state-related violence continually looms on the horizon and the prospect of global political peace can never be permanently guaranteed.

A biographer once asked Dr. Henry Kissinger – who turned this template of political pragmatism into an art form – what his core principles were. “I’m not prepared to share that yet,” the former secretary of state and national security advisor responded with sphinxlike secrecy. The Inevitability of Tragedy argues that Kissinger’s world view can be summarized in three words: realism, realpolitik and restraint. New York author and critic Barry Gewen believes politicians traversing the tumultuous ground of grave uncertainty in our present age can learn a great deal from Kissinger’s approach to international relations. Kissinger is now 97 and hasn’t served office in an official capacity since 1977. But most U.S. presidents in the interim have sought his counsel.

Gewen makes a convincing argument that Kissinger’s Machiavellian brand of political poker has always been informed by a single idea: maintaining a steady balance of global power. This skeptical view of politics and people deeply distrusts the Hegelian notion of historical progress. For Kissinger, the fundamental point of political diplomacy isn’t to see the righteous prevail, but to pit power, conflict and ego against each other so that huge historical upheavals can be minimized and all hell doesn’t break loose. Kissinger’s political philosophy was shaped by three German-Jewish intellectuals: Hans Morgenthau, Leo Strauss and Hannah Arendt.

From a studious reading of their existential political theory, Kissinger arrived at the conclusion that it is barbarism, not the better angels of our nature, which typically tilts history toward chaos. Kissinger could speak from experience. The rise of anti-Semitism in the 1930s saw the Kissingers flee Nazi Germany to the United States. Kissinger took favourably to the unrestrained individual liberty offered by the American way of life. But Gewen believes there’s an undeniable link between Kissinger’s immigrant past and his conservative political intuition. The trauma of the former ensured a cautious skepticism has always been applied to the latter.

Kissinger’s presentation of U.S. foreign policy serving under the Nixon and Ford administrations turned him into a global celebrity. His name was subsequently credited with a multitude of diplomatic achievements. He was instrumental in advocating the policy of détente, which saw the U.S. developing cordial relations with the Soviet Union during a particularly hostile period of the Cold War. Kissinger also developed secret talks with China that led to Nixon and Mao Zedong’s famous meeting in 1972. In 1973, Kissinger was jointly awarded the Nobel Peace Prize with Le Duc Tho of North Vietnam for their efforts to negotiate a peaceful settlement to the Vietnam War.

But where some see a pragmatic peacemaker in Kissinger, others see a power-obsessed yes man. The infamous late-night telephone chat between Nixon and Kissinger from 1972 that Gewen reproduces here certainly gives those accusations some credence. “We will bomb the bejesus out of [the North Vietnamese and] to hell with history,” Nixon rages with drunken paranoia. “History will think well of you then,” Kissinger replies with sober subservience.

In The Trial of Henry Kissinger, Christopher Hitchens claimed the subject of his book was a war criminal who should be charged with crimes against humanity – specifically for Sept. 11, 1973, when Salvador Allende’s democratically elected Marxist government was overthrown by Chile’s armed forces. The coup d'état eventually resulted in kidnapping, state-sponsored murder, torture and mass incarceration of leftist political opponents – many of whom mysteriously disappeared. Hitchens believed the Nixon administration had blood on its hands because it went out of its way to fund and support the Chilean militant far right to create the necessary conditions for the coup. Gewen notes this while also pointing to numerous people who have openly admitted that American meddling in the fate of Chile’s future was as anti-democratic as it was morally bankrupt. That list includes former secretary of state Colin Powell, the State Department under Bill Clinton and former CIA director Richard Helms.

The finer details of the Chilean coup are explored at length. In 1970, the Nixon administration pumped $1-million into anti-Allende propaganda. CIA operatives were also working closely with the most extremist elements of the Chilean military. By the time the coup took place three years later, however, Kissinger claimed it was strictly a Chilean affair. A CIA report published in 2000 backed up that claim, as did a U.S. government report published in 1975 entitled “Covert Action in Chile, 1963-1973." It concluded there was “no evidence” the United States had direct involvement in the coup.

That document surfaced during the Church committee. Led by then-Idaho senator Frank Church, the series of public investigations asked two questions: Have the FBI and CIA grown too powerful? And are the U.S. intelligence agencies abusing public trust for political gain? This is also the central concern of In Deep: The FBI, the CIA, and the Truth about America’s “Deep State.” Pulitzer-winning investigative journalist David Rohde begins by outlining the main findings from the Church committee’s final report, issued in April, 1976.

They showed how the noble ideals American democracy publicly aspired to in theory were very different from how the Washington power machine worked in practice. Big Brother was watching the American public’s every move. The FBI burgled homes, tapped telephones and viewed citizens’ bank statements and tax returns. The CIA secretly photographed Americans’ mail and administered LSD to individuals without their knowledge. These clandestine and illegal activities took place over three decades under the watch of six different U.S. presidents.

Rohde stresses the importance of the Church committee’s recommendations and reforms. They were generally accepted by Republicans and Democrats, and led to the now permanent U.S. Senate Select Committee on Intelligence. Some manoeuvring also took place within the three branches of the U.S. federal government. This ensured that constitutional checks and balances worked efficiently so that power dynamics never swung too far in one direction. Liberals hailed the Church reforms’ insistence that the executive branch of government be reined in for democratic accountability; conservatives saw the increase in the legislative and judicial branches as a threat to their individual liberty.

Rohde then explores how that post-Church-reform system has gradually unravelled. Post-9/11, George W. Bush gave CIA operatives free rein to abduct suspected terrorists from the streets of foreign countries, and brutally torture them in secret locations. Barack Obama promised measured congressional oversight once elected. But he, too, used the executive branch of presidential power to his advantage.

This became perfect political ammunition for Republicans. They claimed the Obama administration was running a “deep state,” where faceless bureaucrats worked behind the scenes to undermine individual liberty. That narrative ballooned once Donald Trump entered the White House. Trump and his allies have publicly spoken of an attempted coup by the deep state and accuse senior CIA and FBI officials and Pentagon civil servants of trying to bring down his presidency.

Rohde believes this hysterical tone fits well with Trump’s penchant for sowing confusion and courting chaos. Trump’s enemies conveniently loom nearby to deflect attention from political reality. Rohde identifies what that consists of in his concluding argument. Trump has expanded executive power, weakened legislative oversight and bent the law for political gain more than any president since Nixon. The result is the catastrophic political and social disunity we’re witnessing in the U.S. right now.

Rohde’s measured and detailed analysis doesn’t try to defend the intelligence agencies. Indeed, most of this book is spent documenting their abuses – the CIA and the FBI attacking the civil liberties of Muslims and Black Americans being the most obvious example. But Rohde argues there’s no deep state at work – certainly not in the conspiratorial way Trump regularly refers to it. 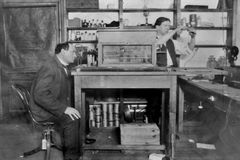 Book Review
Back to Blakeney offers a reminder of the efficacy of Big Politics
Subscriber content
September 17, 2019 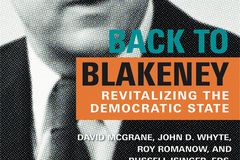 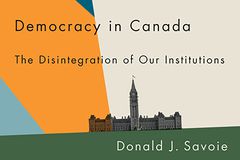