This novel is like a literary fireworks display, an explosion of joke-filled energy that manages to be a novel of ideas, but one delivered as if it were a caper story, including offbeat characters in the manner of Oceans 11 or an episode of Mission: Impossible.

Things start off in a worn-down supermarket in Montreal called Provisions K. The cashier is of a certain age, the lighting is bright enough to permit you to see, but only just, and the floor sags a little. Theo Potiris is part of the extended family that runs the supermarket, a man who does stand-up comedy one night a week if he’s lucky. He’s been waiting too long for his break. If this sounds like typical Canadian downer territory, the brisk and amusing language is far from it. The story skips quirkily forward with all the ironic energy of Joyce Cary’s The Horse’s Mouth.

Luck and gambling are central themes in the novel. Because Theo seeks the blessing of luck, he only goes onstage if he wins earlier in the day after betting on a horse race. His everyday life may provide the solace of a pattern, but he needs some good fortune in addition to his talent in order to break out.

And here is where the ideas begin to flow. What is the nature of luck? Does it just lie in statistics and, therefore, not exist or does luck have a particular quality in addition to being real? The stern statistician denies the almost concrete quality of luck, but the mystic believes it resides somewhere, somehow, just out of reach. Sinatra singing Luck be a Lady Tonight belongs to the mystical school.

Theo runs into a trio of sisters, the first of whom owns a mysterious enterprise called the Rabbit’s Foot. This company consists of perhaps hundreds of analysts who study the tiniest moves in sports and other seemingly unrelated background events. Their observations get converted into algorithms that enable a computer to make bets around the world and never lose in the long run. This organization represents the stats side of gambling – it figures out the best way to master the odds and denies the existence luck.

Theo is having some success working with the Rabbit’s Foot when he stumbles across the owner’s two sisters. These women ride motorcycles and hang out with disreputable types in a combination hardware store and café in working–class Montreal. But the place is just a cover for the No Name Gang, a group that has discovered the concrete manifestation of luck.

Luck is a physical element that very few people know about. Hustlers actually collect it and one of them manages to use it to win a Giller-like literary prize, as well as a massive fortune in a lottery. The gang sets out to rob him and others like him, and so the caper begins. Here, things get zany and include a guru of mindfulness, who owns a large store of luck. We are into Will Ferguson country here, where the novel reads something like that author’s hilarious Generica (later republished as Happiness TM).

There are a few supplemental ideas in this novel in addition to its musings on humour and gambling, and one of them is the idea of karma – people believing good fortune goes to those who deserve it. The novel takes the position that this idea is silly and easily disproved, and then turns people’s desire for karma, for cosmic justice, into an algorithm that helps the Rabbit’s Foot beat the odds once again. In other words, people’s desire for justice is a belief that can be manipulated for profit.

Although this novel is primarily about luck, there are many scatterings of jokes and allusions, some of which I caught, but there may be others I missed. Michaels himself won the Giller prize for his previous novel, so his depiction of the narcissistic winner of the fictional literary Tim Horton’s Prize is delightfully self-referential, or meta, shall we say. The title of the prize-winning novel is a quintessential Canadian title: The Labrador Sea.

So what does this all add up to? A caper usually ends with the success of the gang, perhaps with some losses, and a twist. And there is a twist at the end of the novel, but not an entirely satisfying one.

Do stats trump luck? Is humour just intense insight or something more? Does Theo get one of the women he is attracted to and does he prevail? To answer these questions would deliver spoilers here. Suffice it to say the novel does not wrap tightly in the way a conventional caper novel might. So the destination of the story is slightly perplexing, but the ride to getting there was exhilarating. I had more fun reading this book than I have with any other novel for a very long time. 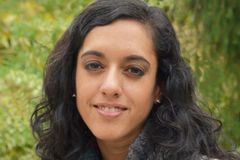 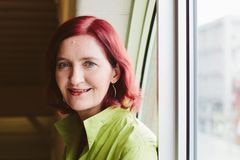 Book Review
Malcolm Gladwell on why we trust everyone even when we shouldn’t
September 25, 2019 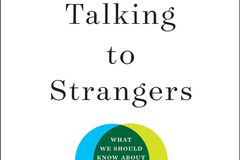