References to “gaslighting” have become ubiquitous of late, but in her sparkling debut novel, Good Citizens Need Not Fear, Ukrainian-born, Vancouver-raised Maria Reva goes back to the term’s origins, in the 1944 film Gaslight, when she gives us, in the opening pages, a gaslighting scenario involving actual gas.

In Kirovka, a mid-sized town in late-Soviet-era Ukraine, a man named Daniil Blinov, whose job involves writing equations to find more efficient ways of canning foods (his most recent report is “The Problematics of the String-Bean Triangular Void”), has come to the town council with a complaint. The heat in his tiny high-rise apartment, which he shares with 14 others, isn’t working to the degree that the toilet water regularly freezes. The impassive clerk opens a thick directory, and, failing to find the cited address, announces that Daniil’s building, and thus its heating problem, does not exist. Daniil’s ensuing protestations get him nowhere; it’s only when he threatens to leave his gas stove on day and night – a shameless waste of government resources – that the clerk finally makes a begrudging promise. The gas-engineering department, she says, will “look into it.”

Daniil is part of a larger cast of characters, loosely connected through the existentially challenged 1933 Ivansk Street, whom Reva harnesses to execute a series of quietly brilliant comedic coups. A scene shortly after Daniil’s visit to the town council could well have been the drinking-bender brainchild of Ingmar Bergman and the Marx Brothers. A pair of men carrying a coffin containing the body of a deceased tenant enter Daniil’s crowded apartment – the building’s staircase being too narrow to pivot in – only to end up stuck there after a power outage hits. Luckily, it’s warm, Daniil having used his Uncle Timko’s life savings to buy a space heater; unluckily, it won’t be for long, the men having inadvertently placed the coffin on the space heater, crushing it.

A good deal of Reva’s scene-setting is olfactory: mouldy onions, boiled potatoes, fermenting cabbage. A pot of soup infuses “the air with a sharp sweetness, like the underbelly of a rotting log.” It’s a paranoid reality in which a neighbourly visit is more than likely an extortion attempt. That, at least, is Smena’s assumption when Nika, “from the 5th,” shows up at her flat with a series brain tumour X-rays. Smena, Nika is clearly aware, makes “bone albums” by copying bootlegged American vinyl – Megadeth, John Coltrane – onto radiographic film then sold on the black market. Smena isn’t sure if she can trust Nika, whose days are clearly numbered, but she is aware that tumours like hers are particularly popular with customers.

Humour, of varying shades of darkness, is always at hand. A scene where a naïve young official named Mikhael tries to extract an apology from Konstantyn for an inappropriate political joke enters Monty Python territory when the official tries to specify the joke he’s referring to without actually telling it. Konstantyn, however, has more pressing concerns. Orynko Bondar, the winner of the local beauty pageant he organized, has disappeared – he’d been hoping to go on to win at the national level to fund his dream of a poetry camp. (It turns out that, after Orynko expressed interest in thermophysical study during her onstage interview – simply to please her parents – she was immediately recruited to the Thermometric Academy.)

If Good Citzens has a hero, it’s the vaguely feral, cleft-lipped orphan named Zaya, whose boon companion is a bishop – or rather the dusty, mummified remains of one, which she dubs “the saint" – found in the cellar of her orphanage. At one point, Konstantyn adopts Zaya (who seems to emanate "barley fermenting in urine”), believing he can mould her, like a Slavic Eliza Doolittle, to replace Orynko in the national pageant. After that project goes spectacularly awry and Zaya disappears, Konstantyn concocts a profitable fallback plan charging admission to pilgrims who come to see the saint, now displayed in a repurposed deli counter in a “tomb” at 1933 Ivansk Street. Things get fantastically, winningly weirder when Mikhael, who’s been hired for security, inadvertently knocks the saint’s teeth out and discovers, to his horror, that they have a life of their own. The point – also made in works ranging from Animal Farm to The Death of Stalin – of this full-on descent into magical realism feels reasonable enough: Is the idea that a dead bishop’s teeth might have sinister magical powers really so far-fetched in a world where someone can be told, straight-faced, that the concrete high-rise in which they live doesn’t exist?

Still, in the novel’s second half, set “After the Fall,” we find that old habits don’t just die hard, they get internalized. That their newfound freedom sits uneasily with the citizens of Kirovka is perhaps best proven by the sudden rise of what might be termed adversity tourism: oligarchs-to-be and lifestyle consultants paying to go to places like the Arctic Circle, where, in a recreation of One Day in the Life of Ivan Denisovich, they happily mop the floors of a decrepit labour camp.

Mikhael feels uncertain about his new reality, too. Faced with an embarrassment of options when he goes to buy a lightbulb for the saint’s tomb, he finds he misses the years "when one had fewer choices, fewer ways to disappoint.” Poor Mikhael; just wait till the Cheesecake Factory opens its Kirovka branch.

Witheringly incisive and consistently pitch-perfect, Good Citizens Need Not Fear is nothing short of a comic triumph. My new hero, Reva, is – no doubt about it – cooking with gas.

Opinion
No sports means lots of opportunity to broaden the scope of our distractions
March 13, 2020 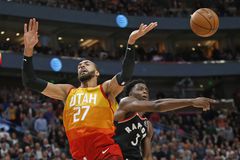