Perhaps it will surprise you to learn that Zadie Smith has just published her first short-story collection, since many fiction writers do things the other way around: start with stories and build up to novels. Grand Union includes a handful of tales that previously appeared in The New Yorker and elsewhere, plus 11 new ones. Over all, it reads a bit like Smith took a creative-writing class (which she definitely didn’t) that was divided into different genre units – autofiction, parable, allegory, speculative fiction, unclassifiable – then published her final portfolio.

It would be churlish to tell a writer as ambitious and accomplished as Smith to stay in her lane, so I won’t. But as much as her undeniable genius is present in Grand Union, I often found my attention drifting while reading what, for want of a better term, I’ll call the collection’s experimental pieces, many of which fall pretty flat.

Both the conceptual Mood, and Parents’ Morning Epiphany have a self-consciousness that suggests they came more from Smith’s head than her heart. Meet the President, a speculative, future-set piece in which a teenager’s outdoor virtual-reality game is interrupted by a distressed child, stretches its trope a tad too thin. The Lazy River, which uses one of those artificial water-park features as both a setting and a metaphor, might have worked but for the fact that its disembodied, third-person-plural narration – the collective voice of a group of possibly regretful Brexiteers – sounds too wry to be entirely believable. Escape From New York is an on-the-ground imagining of the urban legend that Michael Jackson drove Elizabeth Taylor and Marlon Brando out of New York on 9/11, but it’s hard to tell what Smith is shooting for: Humour? Bathos? Surreality?

Many of the stories are set in New York, where the London-born Smith moved 10 years ago to teach at New York University, and the stylistic shifts are presumably a reflection of her changed life reality. There are a few oblique Trump references, including in The Canker, which takes place on an island with a leader (“chosen, however, misguidedly, by the people”) called the Usurper, who denies migrants the “right to dock on one of the stormiest nights of the year.”

One of the book’s more successful experiments, Two Men Arrive in a Village (which Smith wrote in a Calgary café), draws on myth and archetype, and fuses the specific and the universal to tell the simple, but chilling tale of two strangers who arrive in a community intending to take it by force, which they accomplish in part by raping its women (seen, at the beginning, “wearing their jeans or their saris or their veils or their Lycra miniskirts”).

But for me, Grand Union’s best stories were those that stayed closest to the brand of well-wrought, unostentatious-but-edgy realist fiction Smith has become known for through her seven novels (White Teeth, NW, Swing Time and others), all of which seemed to require the novel’s broad canvas to breathe. She proves she can accomplish the same thing in miniature in tales such as Sentimental Education, a gender-role-bending tale of sexual politics and young love that won me over with its clever concept and breezy dropping of lines like this one, describing a “white boy from Brixton, an ex-skateboarder, who had once been a big name in tagging.” Or Miss Adele Amidst the Corsets, about an “ancient” New York drag queen who melts down after fatally misreading the dynamic between the couple running a corset store. And even Kelso Deconstructed, an imagining of the events leading to the real-life murder of an Antiguan Londoner by a gang of white youth in the late fifties, which uses our anticipation of outcome to genuinely horrifying effect.

I loved For the King, about two old friends who meet up in Paris, for the thought-provoking volte-face of its ending (something Smith also does in Big Week, about an ex-cop trying to rehabilitate himself after years of addiction). Everything about the hours-long, drunken “mutual unburdening” that ensues (which has shades of Rachel Cusk) suggests we’re reading a story about contemporary identity and sexual mores – the Jamaican female narrator is straight, her friend an outwardly Chinese gay male. Instead, it ends mysteriously and movingly with the narrator’s recollection of her train journey that morning, when she had blocked out the ranting of a man with Tourette’s syndrome travelling with his mother. The narrator had wanted to bring the subject up with her friend, but couldn’t find the appropriate segue; perhaps because she’s not sure what she thought of it herself, only that it left her discombobulated. In that small twist, everything in the story seems to come together but also to change. Here, I thought as I read it, is Zadie Smith squarely in command, and who am I not to submit? 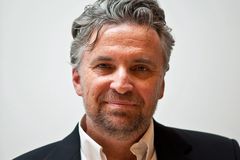 Book Review
Amid #MeToo, Chanel Miller’s Know My Name emerges as one of the movement’s most urgent reads
October 21, 2019 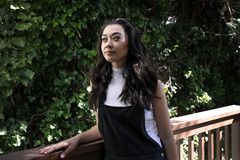 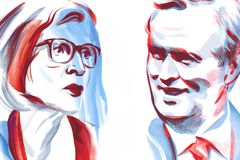